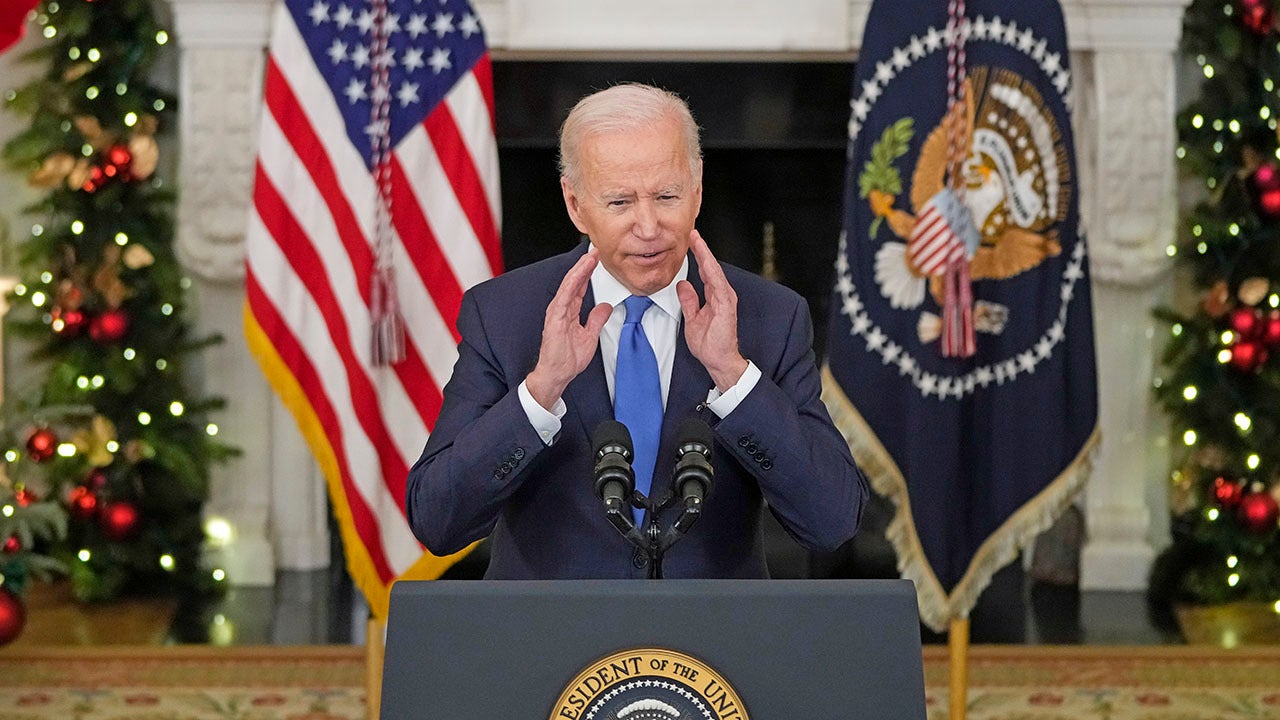 Tennessee Representative Mark Green will respond to the Biden Administrator’s COVID response as the year draws to a close.

The Biden administration has signed a $ 137 million contract with a pharmaceutical company to build a factory for COVID-19 test strip materials, a White House official confirmed to FOX Business on Wednesday.

But the new plant will not begin to core the materials until in three years, according to the company. If the timeline is right, the agreement will not alleviate the administration̵[ads1]7;s efforts to make more tests available in the near future amid a lack of supply for Americans. The administration is under fire for allegedly rejecting an agreement in October that would have greatly increased the supply of COVID tests.

US President Joe Biden speaks at the 76th session of the UN General Assembly on September 21, 2021 at the UN headquarters in New York City. ((Photo by Timothy A. Clary-Pool / Getty Images) / Getty Images)

COVID TEST LINES BACKED UP FOR MILES WHEN THE BID FALLS ON ANSWER: ‘LACK OF FEDERAL PRIORITY’

The three-year timeline also signals that the administration expects the need for tens of millions of such tests per month into 2024 or 2025 and beyond.

Reuters first reported that the White House entered into the agreement with MilliporeSigma, a subsidiary of the German company Merck KGaA, not to be confused with the American company Merck & Co.

“The money will allow the company over three years to build a new plant to produce nitrocellulose membranes, the paper showing test results, in Sheboygan, Wisconsin,” the outlet reported. “This in turn will make it possible to produce 85 million more tests per month,” the official said.

The Department of Defense issued a press release stating that it had awarded the contract in coordination with the Department of Health and Human Services, and that it was funded through the American Rescue Plan Act.

The DOD also said that “the expansion of the industrial base will allow MilliporeSigma to establish a nitrocellulose production capacity at the Sheboygan, Wisconsin facility,” suggesting that an existing plant could be converted to produce the test strip materials.

In its own release, MilliporeSigma stated that it had “been awarded a $ 136.7 million contract for the construction of a sideline membrane production facility over a three-year period at the company’s Sheboygan, Wisconsin facility.”

DOD’s press release does not mention the three-year timeline.

HHS did not immediately respond to FOX Business’ request for confirmation on the timeline of when MilliporeSigma’s production is expected to begin.