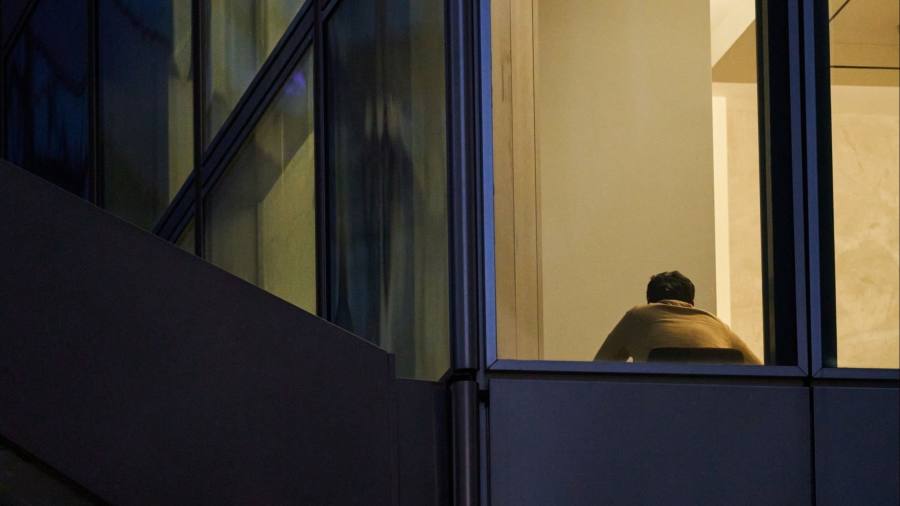 Banks are bracing for the biggest round of job cuts since the global financial crisis as managers come under pressure to cut costs following a collapse in investment banking revenue.

The layoffs – expected to be in the tens of thousands across the sector – reverse the mass hiring that banks have done in recent years and the reluctance to fire staff during the Covid-19 pandemic.

“The job cuts that are coming are going to be super brutal,” said Lee Thacker, owner of financial services headhunting firm Silvermine Partners. “It̵[ads1]7;s a reset because they’ve overhired over the last two to three years.”

“We’ve seen some warning shots from the US,” said Thomas Hallett, an analyst at Keefe, Bruyette & Woods.

“Investors need to see that management is acting on costs and trying to maintain a reasonable yield profile. The Europeans will tend to follow the US banks.”

Ana Arsov, co-head of global banking at Moody’s, said she expected the job cuts to be less severe than during the financial crisis, but heavier than the collapse in markets after the dotcom crash of 2000.

“What we’re seeing is a build-up of normal banking layoffs that were put on hold in recent years,” she said. “We will see trimming in European franchises, but not as big as in US banks.”

Bank executives said Goldman’s conspicuous layoffs – part of the biggest cost-cutting since the financial crisis that included everything from corporate jets to bonuses – had set a precedent that other banks would look to.

“The Goldman headlines accelerate the decision-making process,” said an industry executive with knowledge of several banks’ plans. “It’s a good time to announce painful cuts if you just follow Goldman.”

The Wall Street bank began a process to fire up to 3,200 employees last week, equivalent to 6.5 percent of its workforce, as pressure mounts on Chief Executive David Solomon to improve the bank’s return on tangible equity.

Goldman is cutting a similar number of employees as it did in 2008 during the depths of the global financial crisis, but its workforce was two-thirds its current size.

Morgan Stanley laid off 1,800 employees in December, just over 2 percent of its workforce. Despite a strong wealth management business, the lender’s investment bank, along with fierce rival Goldman Sachs, suffered a near-halve in M&A revenue last year.

“We were frankly a little late,” CEO James Gorman told analysts. “We hadn’t done anything for a couple of years. We’ve had a lot of growth and we’ll continue to monitor that.”

Bank of New York Mellon, the world’s largest custodian bank, plans to cut just under 3 percent of its workforce – around 1,500 employees – in the first half of the year.

Chief executive Robin Vince told the Financial Times the bank had been “very careful to recognise” that letting people go during the Covid pandemic would have “broken the social contract” with staff.

But he added that “in the ordinary course of business, we assess staffing levels. As a well-run business, we have to be good stewards of our cost base.”

By far the biggest cuts announced so far are by Credit Suisse, which is in the midst of a radical strategic overhaul aimed at strengthening the scandal-plagued Swiss bank. In October last year, the bank said it would cut 9,000 roles from its 52,000 staff over the next three weeks.

While 2,700 of the cuts were planned last year, the bank has already started redundancy consultations over 10 percent of its investment banking roles in Europe, the Financial Times reported last week.

The scale of the restructuring at Credit Suisse is larger than the bank underwent during the financial crisis, when it was forced to lay off more than 7,000 employees in 2008 but avoided a government bailout.

Not all banks expect to make major reductions in headcount, even if they are taking other measures to keep costs down.

Bank of America, which employs 216,000 globally, said it had “no plans for mass redundancies”, although it was taking a disciplined approach to costs and would hire only for the most critical roles.

“We overperformed on the hiring side, and we exceeded our goal,” he said. “And now we can reduce employment.”

Citigroup has so far provided few details on how many of its 240,000 global workforce will be affected by layoffs, but Chief Financial Officer Mark Mason told reporters there was pressure to cut costs in the investment bank, following the division’s 22 percent drop. in surplus.

“As part of [business as usual]we are constantly combing talent to ensure we have the right people in the right roles and where restructuring is necessary, we do that too,” he said.

Nevertheless, at least one global bank wants to increase its ranks, albeit in a targeted way. UBS chief executive Ralph Hamers said in Davos that the Swiss lender was “bucking the trend” when it came to recruitment.

Unlike its rivals, UBS has not hired aggressively in recent years and is therefore not under the same pressure to cut roles.

It has also dedicated more resources to wealth management over the past decade, and top executives at the bank feel now is a good time to invest more in the investment bank — along with hiring in wealth and asset management — as competitors pull back.

By comparison, UBS was forced to cut 10 percent of its workforce in 2008 – with most roles from the investment bank – when the lender was bailed out by the Swiss government after suffering huge losses on subprime loans.

Several of the biggest job cuts in 2008 came from banks that had rescued rivals brought to their knees by the financial crisis. When Bank of America took over Merrill Lynch, for example, it fired 10,000 employees, while 7,500 employees were made redundant at mortgage company Countrywide Financial.

JPMorgan let go 9,200 Washington Mutual employees as it took on America’s largest savings and loan association, as well as cutting a tenth of its own workforce.

Meanwhile, the collapse of Lehman Brothers and Bear Stearns put tens of thousands of bankers out of work. In total, over 150,000 bankers lost their jobs during the financial crisis.

And just as 15 years ago, the prospects for quickly finding re-employment for those now out of work are bleak, according to recruiters.

“You have this terrible flood of quality coming into the market, but who’s picking them up?” Thacker said. “The buy side is not there to hire these people this time. They just don’t have the capacity.”