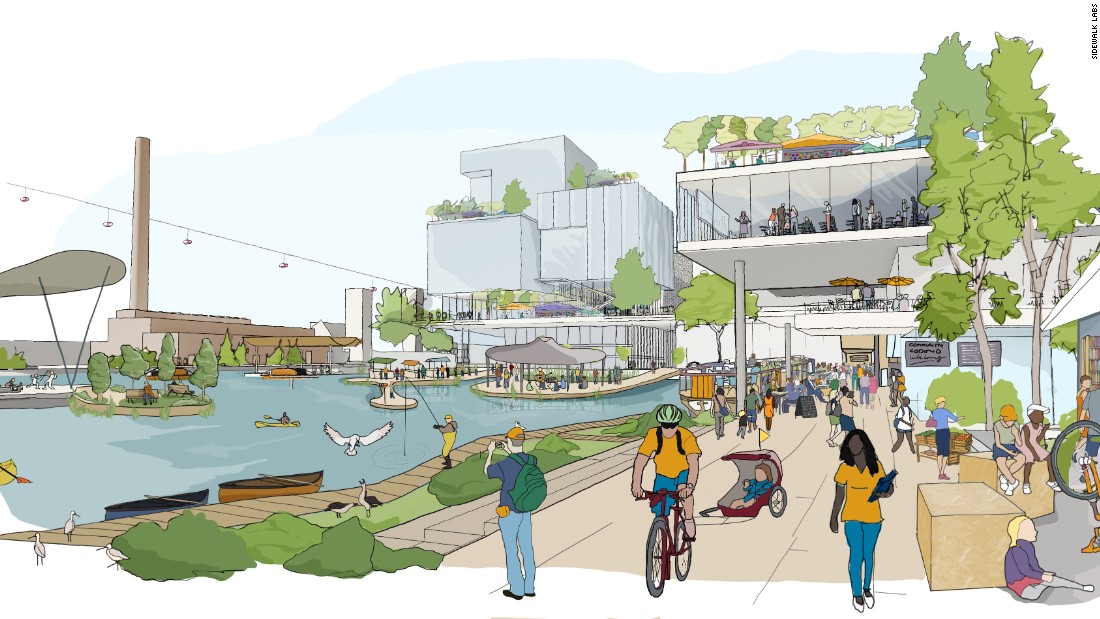 Sidewalk Labs, the urban innovation company in Alphabet, released a 1,524-page report Monday with details of plans to develop part of the Canadian city as a model area for the digital age.

Sidewalk Labs believe that innovations can make city living more desirable and affordable with less pollution, shorter commutes, better weather, and environmentally friendly buildings. It aims to start with 10 buildings and 2.7 million square meters of residential and commercial space and later expand to several of the Torontas waterfront.

The project has had a setback since the October 2017 announcement. Ontario's auditor general released a critical report in December describing a rushed process of choosing Sidewalk Labs to develop the prime waterfront property near the heart of Toronto. Several officials, including the head of the Waterfront Toronto, the organization leading the process, have resigned.

Critics ranging from politicians to lawyer groups and private citizens have raised privacy issues about the data Sidewalk Labs will collect and say that the company has not provided enough answers. The intersections would be designed with sensors, tracking the movement of all people and vehicles. Sidewalk Labs say this will help move traffic fast and ensure that goose signals give more time to slow walkers, such as the elderly.

An opposition movement has sprung up, #BlockSidewalk, and asks for the project to be deleted.

"Is this the exciting city of the future or a city-town run by a computer giant? I think it is the latter," said Charlie Angus, a Canadian parliamentarian who describes himself as a restorative digital utopian. "We are talking about managing urban space with a company whose business model spies on everything we do."

The Canadian Civil Liberties Association filed a lawsuit this spring to stop the project and claimed that the Waterfront Toronto's deal with Sidewalk Labs is illegal and violates the privacy rights protected by Canadian Charter of Rights and Freedoms.

On Monday, Sidewalk Labs said it believes it will have the strongest governance regime for urban computer systems anywhere in the world, and that the proposal exceeds existing privacy laws in Canada and Ontario. Side Doctor Lab's CEO Dan Doctoroff described it as a historical plan.

"If we want to solve these huge urban challenges, it will never do what we have done before," he said Monday. "We believe that you can actually produce a dramatic impact on urban life, that this can be a global hub for the urban innovation industry."

Waterfront Toronto board and city council will vote so soon as this winter to approve the project. But it can turn out to be an uphill battle for Sidewalk Labs. In a press release on Monday, Waterfront Toronto discovered concerns, including whether Sidewalks Labs are the project's developer developer, and whether the company should talk about expanding beyond the first development area. Waterfront Toronto also said it needed more information to know if Sidewalk's data governance complied with laws.

This summer and fall the government and Sidewalk Labs will seek public feedback and evaluate the plan. Sidewalk Labs says it has already engaged with 21,000 people in Toronto events to discuss the project.

Cybele Sack, an international and digital governance researcher from Toronto, says that the existing public conversation has been at a high level and is unable to dig into critical issues of smart cities, such as how street or building sensor data will be. be used and biases by the algorithms that drive the technology. She says it is a dangerous knowledge gap between Sidewalk Labs and the public and is concerned about the unintended consequences of new technology.