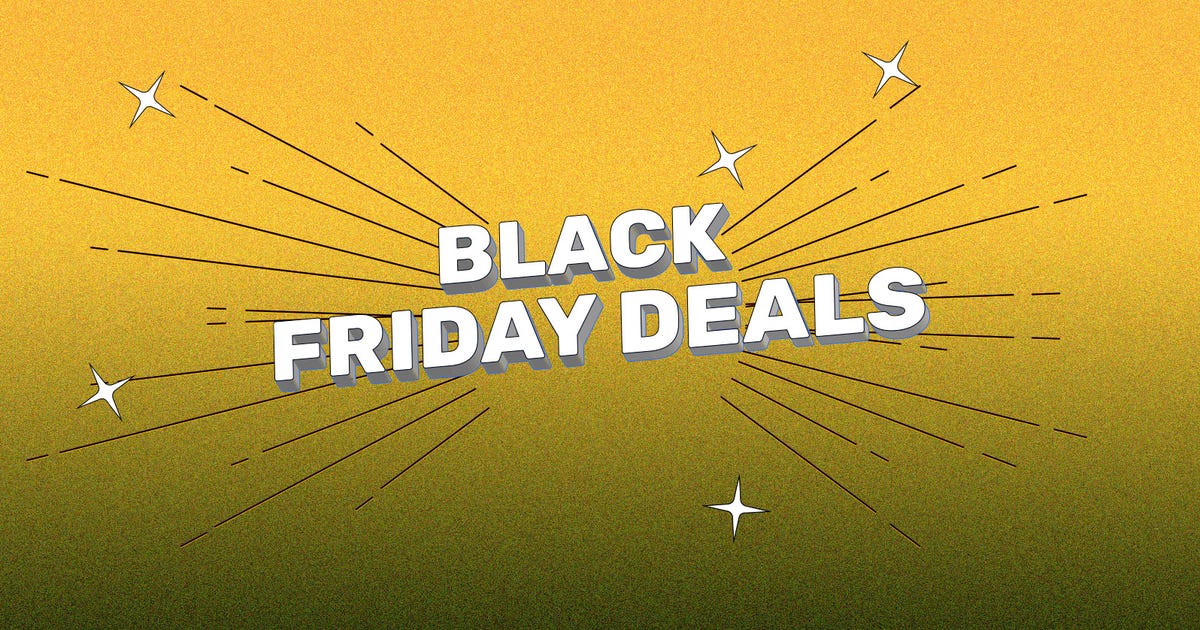 Black Friday is almost here, but as usual the offers have started at several large retailers. You should definitely consider starting your shopping before the turkey is in the oven. That’s because some deals may sell out before Black Friday even hits.

By shopping early, you can be sure to save on everything you want. The offers below are already available. And they don’t suck, we promise.

Every time Amazon has offered a package like this in the past, it has sold out before the end of the sale period. Since this is Amazon’s newest Echo Dot, we expect there to be a lot of interest in the huge discount, so be sure to grab one now before it’s too late.

The second-generation AirPods Pro are down to $200 right now at several retailers, but we’d be surprised if this deal lasts until Friday. These were just released in September and have been getting rave reviews ever since. Grab a pair today, before you’re stuck paying more later.

The Pixel 6A is one of our favorite Android phones under $500, but at $299, it’s easily the best Android phone to recommend for most people right now. It has an amazing camera, great battery life and is super affordable with this deal. It’s available in three colors, but we expect that to change sooner rather than later.

You are receiving price alerts for Google Pixel 6a (128GB, Charcoal)

This double basket air fryer allows you to cook two different foods at two different temperatures if you need to, which is a great convenience. Since I bought one a few months ago, I have been using this model almost every day. It cooks well, is easy to clean and gives reliable results. Grab one today, you won’t be disappointed.

If Amazon’s Echo Dot paired with one smart bulb wasn’t enough for you, this upgraded deal is worth considering. It includes the clock variant of Amazon’s 5th generation Echo Dot and two Philips Hue bulbs for a whopping 56% off. Don’t miss it.

Apple just released the Apple Watch Ultra in September, and we’ve seen very few discounts on it since then. This $60 discount is the biggest drop we’ve seen so far, so if you’ve been eyeing one, you’ll want to act now, as we don’t expect it to last long.

Amazon’s Fire Tablets are some of the best-selling devices around times like Black Friday, and right now the company has marked its newest (and smallest) tablet down to a truly affordable price of just $40. Right now, all three colors are in stock, but that can change at any time, so make sure to grab one now.

Learning a new language is something many people want to do, but not everyone knows how to get started. Rosetta Stone is one of the best options out there, and right now you can save 50% on a lifetime license that includes all 25 languages.

Right now, new members can get 50% off their first year of Sam’s Club membership. With this, you pay $25 for access to Sam’s Club warehouse locations, a discount on gas and all the other great benefits. This agreement is set to expire on Thursday 24 November.

While not exactly a “deal,” Walmart will have a very limited supply of the God of War Ragnarok PS5 bundle in stock throughout the holiday shopping season. Be sure to only consider buying it when it’s listed at $559, or you’ll be paying too much from a third party.

Pixel Buds A-Series are 50% off at Verizon for a limited time, which is one of the best prices we’ve seen. These great true wireless earbuds are definitely worth the money, so be sure to grab a pair now. Not a Verizon customer? Don’t worry, you can check out as a guest and still get this great deal.

Whether you’re traveling for vacation or business, you should use Dollar Flight Club to help you get the best flights at the cheapest prices. Right now, you can get two lifetime subscriptions for just $149, which is by far the best deal we’ve seen on these. The best part? Since it’s a two-pack, you can keep one for yourself and give the other as a gift.

Deals on Sonos products are few and far between, meaning that when they do appear, they tend to sell out quickly. This discount on the portable Sonos Roam SL gives you a great little speaker at a great price. It comes in two colors and you can upgrade to the bundle with the charging kit for $176.

We often call the MacBook Air the most universally useful laptop you can buy. Although it was recently updated with a larger screen and Apple’s latest M2 chip, it also received a higher starting price. The good news is that the M1 MacBook Air is still available and remains a fantastic choice for most people who need an ultraportable everyday laptop. For a base price of $999, and often on sale for at least $100 less, it’s a great value, considering these tank-like laptops can last for years. Right now, though, you can get one for $200 off.