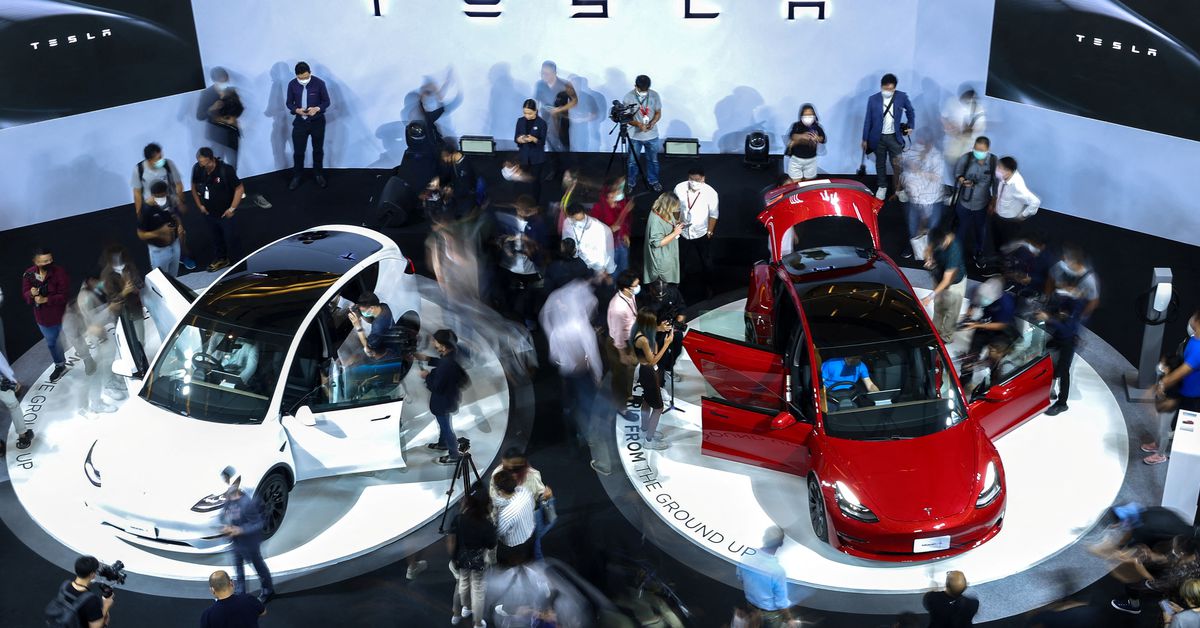 Jan 3 (Reuters) – Tesla Inc ( TSLA.O ) shares started 2023 with a thump, plunging more than 12% on Tuesday on growing concerns about weakened demand and logistics problems that have hampered deliveries to the world’s most valuable carmaker.

Once worth more than $1 trillion, Tesla lost more than 65% in market value in a tumultuous 2022 that saw it increasingly challenged by other automakers and facing production problems stemming from COVID shutdowns in China.

The sale came after Tesla missed market expectations for deliveries in the fourth quarter despite shipping a record number of vehicles.

“Tesla, as it has grown, is now entering a phase of continued solid but slower growth,” said Morningstar analyst Seth Goldstein. As a major automaker, “it will probably feel more of an impact from an economic downturn,” he added.

Several Wall Street analysts said they expected more pressure on the stock in the coming months from increasing competition and weaker global demand.

In recent months, global automakers have battled a slowdown in demand in China, the world’s top auto market where the spread of COVID-19 has hit economic growth and consumer spending. Tesla offers big discounts there and a subsidy for insurance costs.

At least four brokerages cut their price targets and earnings estimates on Tuesday, pointing to the delivery misses and Tesla’s decision to offer more incentives to boost demand in China and the United States, the two biggest global auto markets.

The company’s stock was the worst performer on the benchmark S&P 500 (.SPX) on Tuesday when it fell as low as $104.64 a share — the lowest since August 2020. More than 220 million shares changed hands in regular trading hours.

The electric car maker’s performance in 2022 was among the worst on the S&P 500 index.

“You have so many things working against the stock. One is obviously Musk’s involvement in Twitter,” said Dennis Dick, market structure analyst and trader at Triple D Trading.

Some of that decline has come from his stock sale to finance the $44 billion deal, while the stock also fell on concerns among investors that Musk has been distracted by the social media company.

With a value of about $341 billion, Tesla remains the world’s most valuable carmaker, although output is a fraction of rivals such as Toyota Motor Corp ( 7203.T ).

The result “came at the expense of higher incentives, suggesting lower prices and margins,” brokerage JPMorgan said in a note, lowering its price target by $25 to $125.

The median price target of 41 analysts on the stock was $250, more than double today’s price, according to Refinitiv data. The lowest price is $85, from Roth Capital Partners.

The shortfall highlighted the logistics hurdles facing the company, which is known for its end-of-quarter delivery rush. The gap between production and deliveries has increased to 34,000 cars as more cars got stuck during transport.

The automaker plans to run a reduced production schedule in January at its Shanghai plant, extending the reduced output it started in December into 2023, Reuters reported.