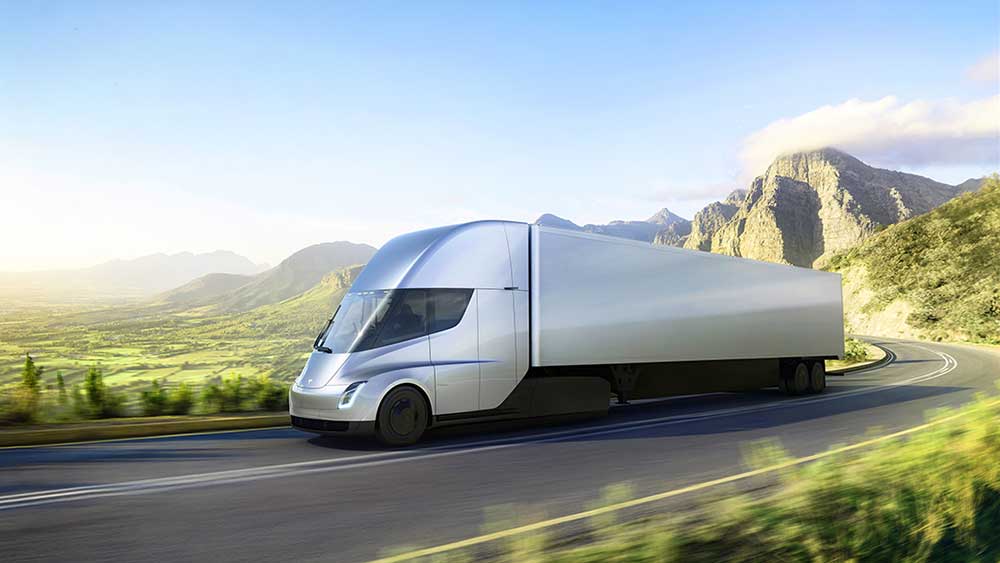 
On Thursday, Tesla held an event at its battery factory in Nevada to celebrate the first deliveries of the Semi.

The Tesla Semi has been five years in the making. First announced in 2017, and with deliveries now expected to begin, the first Tesla Semi trucks will go to PepsiCo (PEP) in California. Pepsi placed its order for 100 electric cars when the Semi was first announced.

CEO Elon Musk did not specify how much the 18-wheeler costs. The Semi is capable of traveling an estimated 500 miles per charge, accelerating from zero to 60 miles per hour in 20 seconds and charging up to 70% of its range in half an hour, according to Tesla.

That 500-mile range can be achieved while hauling 82,000 pounds of cargo, according to the EV giant.

“If you’re a truck driver and you want the baddest rig on the road, this is it,” Musk said Thursday.

Tesla shares were down 2% early Friday in premarket trading. TSLA shares had jumped higher on Thursday before ending the day level. The share had closed on Wednesday at 194.70, up 7.7%.

Despite five years of ramping up, many key specifications for the Tesla Semi, such as effective range with cargo, price tag and more, remain unclear. Investors and analysts will look to Thursday for key information, including prices and charging times.

There are reports that the Tesla Megacharger has a building permit for PepsiCo’s facility in Modesto, California.

Musk has also signaled that there are plans to build out a long-distance truck charging network.

Additional models – the Roadster, Semi and Cybertruck (an electric pickup truck) – have been pushed back several times. Musk says the Cybertruck is on track for “early” production in mid-2023, with a Reuters report saying mass production will begin in late 2023.

Sending out the first new semi-series will mark a victory, in a year where the electric car giant has largely been a loser. Share prices have fallen around 50% in 2022, pulling back to levels near when the company joined the S&P 500. The pullback has taken place as demand in China has slowed. Musk’s recent purchase of Twitter also appears to have negatively impacted Tesla stock.

The EV giant is also giving out $3,750 in December rebates on Model 3 and Model Y vehicles delivered in the U.S., Electrek reported Thursday.

Tesla shares fell in November, but are up about 6.5% so far this week.

Futures: Market has bullish gains; Now wait for this

Tesla on track for worst year ever

Disney’s fired CEO was paid $44 million to get lost