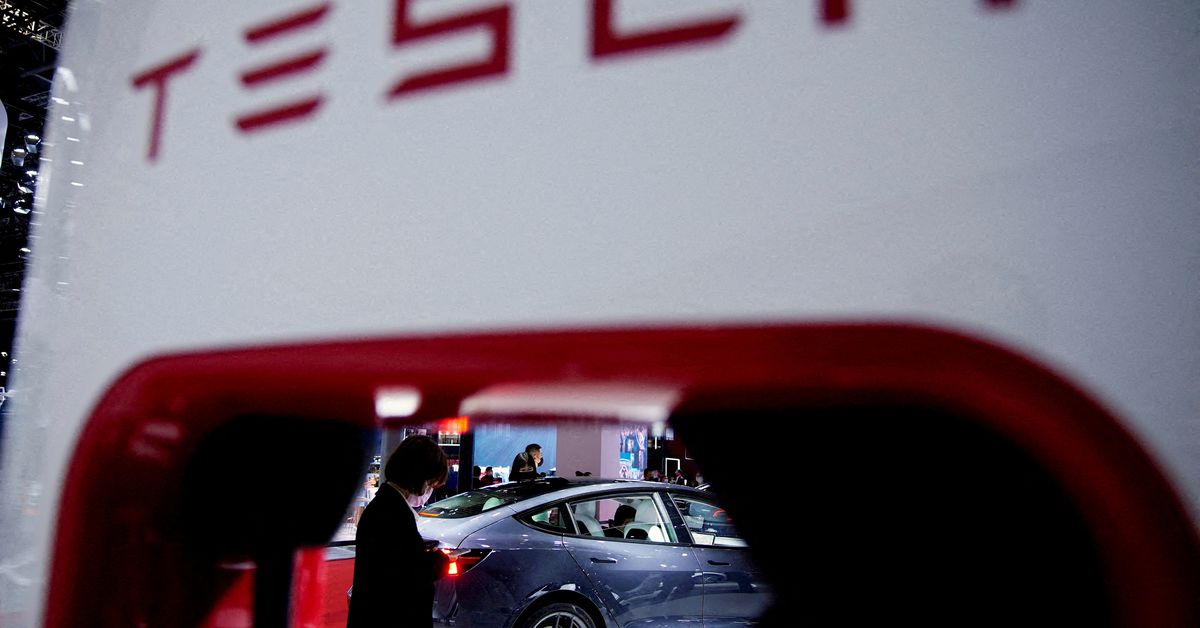 Dec 27 (Reuters) – Tesla Inc ( TSLA.O ) shares fell 11.4% on Tuesday after a Reuters report that Tesla planned to run a reduced production schedule in January at its Shanghai plant sparked concerns of a drop in demand in the world’s largest car market.

The stock, which fell to its lowest in more than two years and had its worst day in eight months, was the biggest drag on the benchmark S&P 500 (.SPX) and the tech-heavy Nasdaq (.IXIC).

It has lost more than half its value since early October, as investors worry that Twitter was taking up much of CEO Elon Musk’s time as he worried about his stake in the electric car maker.

The world’s most valuable carmaker’s production cuts at its Shanghai factory come amid a rising number of COVID-19 infections in the country.

“There is no doubt there are fears of demand,” said Great Hill Capital Chairman Thomas Hayes, referring to a supply forecast cut from Chinese rival Nio Inc ( 9866.HK ), in the key market.

Hayes also added that Tesla’s stock was facing a “perfect storm” of high interest rates, tax loss selling and share sales by some funds that hold a significant amount of Tesla stock.

Tax loss selling is when an investor sells an asset at a capital loss to reduce or eliminate the capital gain realized by other investments, for income tax purposes.

Meanwhile, a Reuters analysis showed that prices for used Tesla cars fell faster than other automakers, weighing on demand for the company’s new vehicles rolling off the assembly line.

Reporting by Akash Sriram in Bengaluru; Editing by Anil D’Silva