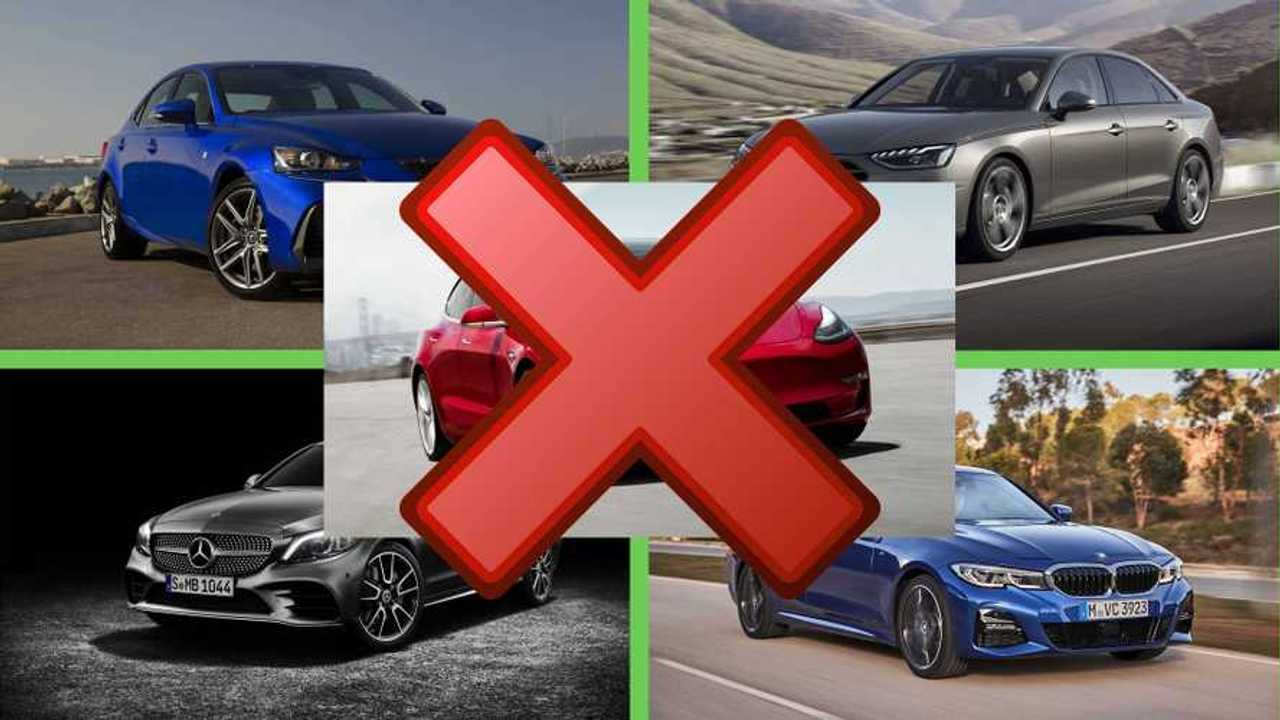 In its 2nd update of 2019, Tesla gave its investors very good news, as we have already told you. But it also made very bold statements: Model 3 once again was "the best-selling premium vehicle in the United States" – which is true – "outselling all its gas-powered equivalents", which Electrek reported. But it did not inform the precise figures. We searched for them, and they deny Tesla's last claim. In other words, Model 3 did not sell out all competitors in the United States.

For that, we counted on the numbers provided by GoodCarBadCar.net and went after all the sedans that were considered premiums in the US market. The list is quite long, with 1

Unfortunately, Mercedes, Audi's and Volvo's figures also include coupe and car sales figures, but the sedans usually count for most results. Even if they did not, you would have to exclude all of these competitors' sales to get Model 3 to sell "equivalents" in the US.

The main problem with Tesla's claim is that it informs about the "Model 3 deliveries reached a record all the time at 77,634". It would be enough to beat the 60,999 units – really – to make all ICE competitors sell in the United States. But only if the 77,634 Model 3 cars were only shipped in the US. They weren't.

Source: GoodCarBadCar.net
Tesla only reports global deliveries, en WolfStreet.com rightly complain. And a single glance at Tesla's report confirms that. Fortunately, although we don't have exact numbers, based on our estimates – which are also published on GoodCarBadCar and elsewhere – US buyers got 44,550 units of the premium EV sedan. Hypothetically, if Tesla sold almost all its Model 3 cars in the US in the second quarter, the claim might be right, but we strongly doubt it.

If you take worldwide sales of all ICE competitors to Model 3, then the number will also not hit 77,634 units. Unfortunately, there is no readily available source of world-wide sales by model, but we have contacted our friends at JATO Dynamics to get some numbers.

Tesla even claims that Model 3 "gained traction in other markets" and that it "is approaching sales levels at established premium competitors". A clear admission that it still has some sales to capture in these other markets.

Model 3 sales are clearly hampered by the Fremont plant's limitations. When Gigafactory 3 is in full swing in Shanghai, their number will probably skyrocket. And we don't even count with Gigafactory in Europe – possibly in Germany.

Although the sales of Model 3 in the US are really impressive, they still did not exceed "all of its gas-powered equivalents together." Tesla can try to address this by ignoring some of the competitors – concentrating only on the most important – But that's still not true. Maybe one day it will. But not now.