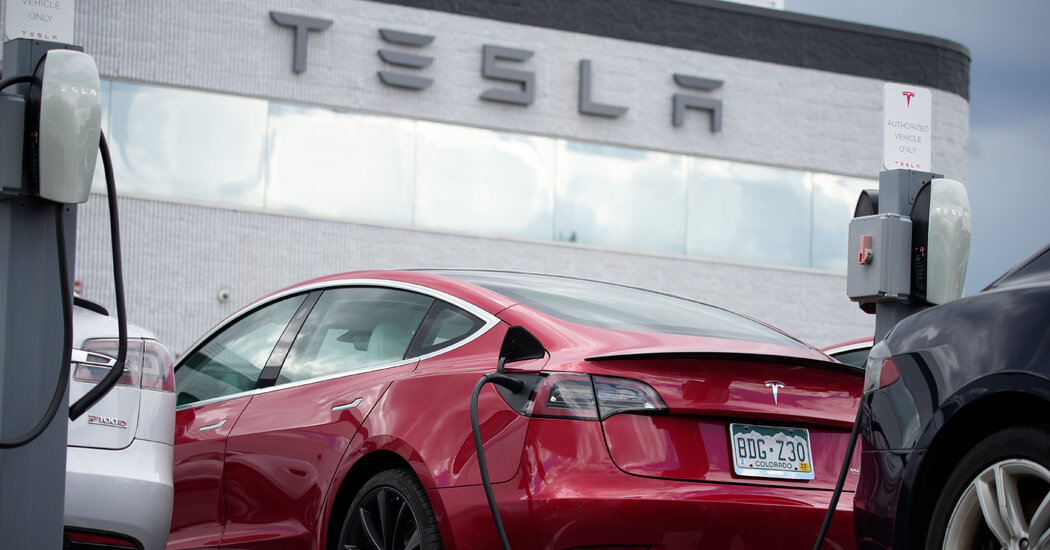 Tesla has cut the prices of most of its electric cars in the US and Europe by as much as 20 percent in an attempt to stimulate slowing demand.

The car manufacturer faces increasingly tough competition in the global market for electric vehicles. It also has to contend with rising interest rates in the US, which have increased the cost of financing vehicle purchases.

“It’s no secret that demand for Tesla is starting to see some cracks in this global slowdown,” Dan Ives, a Wedbush analyst, said Friday in a report issued after the price cuts were published.

For some of Tesla’s cheaper models, the cuts put them within reach of qualifying for federal tax credits of $7,500 made available starting Jan. 1 under the Inflation Reduction Act. The credit is available on electric cars priced under $55,000.

Tesla has enjoyed steady and rapid growth over the past decade, but now must deal with a number of challenges, including concerns that CEO Elon Musk is too preoccupied with Twitter, the social media platform he bought last year for $44 billion.

Mr. Musk has sold billions of dollars in Tesla stock to finance the Twitter acquisition, which has pushed Tesla’s share price, and he has come under fire for firing a large portion of Twitter’s staff. He has also aired polarizing political views on the social media platform — including several messages that appeared to support Russia in its war on Ukraine — that have damaged his and Tesla’s reputation with some consumers.

Tesla is not alone in dealing with a decline in sales. U.S. auto sales fell about 8 percent last year to fewer than 14 million cars and trucks, the lowest level since 2011, largely because a shortage of computer chips prevented manufacturers from producing as many vehicles as consumers wanted to buy.

Sales of electric vehicles, however, rose 66 percent to more than 808,619, according to Kelley Blue Book, a market researcher. And while Tesla continues to dominate the segment, several automakers are gaining ground. Ford, Volkswagen and several other automakers had a significant increase in EV sales last year and offer many models that were significantly less expensive than Tesla’s. Hyundai and its affiliate Kia combined sold more than 43,000 electric vehicles in the US in 2022, up from just a few hundred in 2021.

New competitors are also on the way. Later this year, General Motors is expected to begin making electric versions of the Chevrolet Silverado pickup and the Chevrolet Blazer and Equinox sport-utility vehicles.

Tesla has also had problems in China, its biggest market, where a local manufacturer, BYD, is now number 1 for the electric car brand. Tesla recently cut prices in China and reported a global sales total for 2022 that was below analysts’ expectations.

Although Tesla continues to be praised for the advanced technology it packs into its cars, and their sleek styling, Tesla has been slow to add to its lineup. It currently offers just four cars, and two are luxury models out of reach for most mainstream consumers. It last introduced a new car in 2020, when the Model Y went into production.

Since 2019, Tesla has promised to introduce a pickup truck, called the Cybertruck, but has delayed production several times. The company now hopes to start making it later this year. It has an angular, futuristic design and is expected to be sold as a luxury vehicle, which may limit its appeal.

In December, Tesla began delivering a small number of battery-powered semi-trucks to PepsiCo, its first customer.

By cutting the prices of its current models, Tesla is indicating that it is willing to concede some profit in order to increase sales volume. The company typically posts gross profit margins of 26 percent — more than double that of some rival automakers.

After the price cuts were reported, Tesla shares fell more than 2 percent on Friday. The share price has fallen by around 70 percent since November 2021.

The latest price cut on Tesla cars appeared on the company’s website late Thursday. The automaker now shows a high-end Model 3 Performance compact selling in the US for just under $54,000, down from $63,000, a cut of 14 percent.

Tesla sold 1.3 million cars in 2022, an increase of 40 percent from the previous year, but below the 50 percent annual growth target the automaker had set. In recent months, rising loan interest rates have made electric cars more expensive for people who take out loans.

Tesla’s fourth-quarter output of 440,000 cars was 34,000 more than the company delivered, suggesting the sluggishness went beyond supply chain and manufacturing issues.