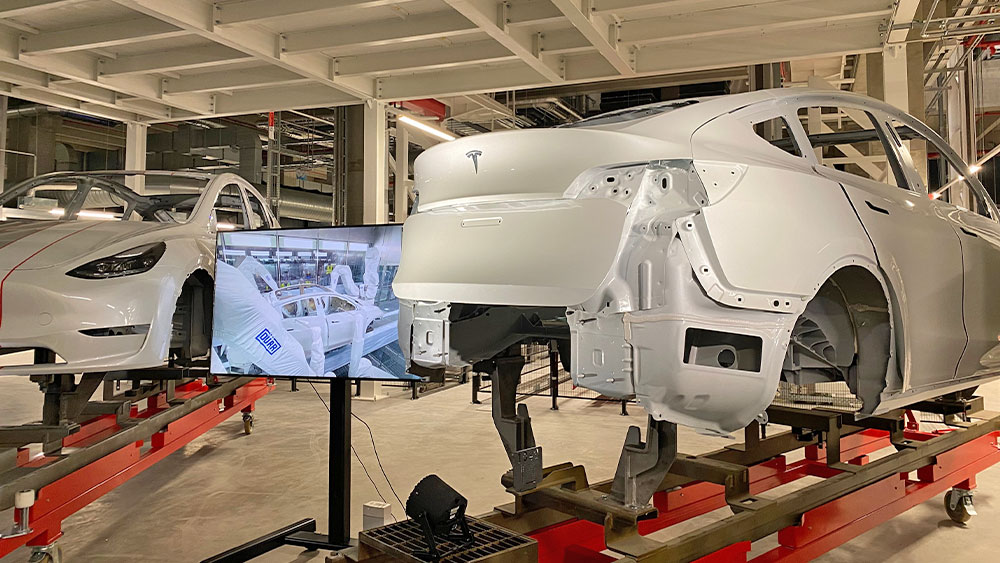 Tesla ( TSLA ) earnings late Wednesday, comes as TSLA stock has been weighed down by concerns over demand in China, the global economy and CEO Elon Musk’s funding needs for his Twitter (TWTR) agreement.

Price increases were likely a key to the quarter’s results. Analysts expect an average car price around $57,000, up from $49,000 in the quarter last year.

Q3 deliveries, announced Oct. 2, hit a record 343,830 but fell short of estimates. However, production of nearly 366,000 vehicles was largely in line. The difference reflected vehicles in transit at the end of the quarter, the company said.

Tesla has aimed for a 50% annual increase in deliveries to 1.4 million this year. A key question is whether the company will return to the target or do everything to reach it. On October 10, Morgan Stanley analyst Adam Jonas cut his estimate to 1.31 million units from 1.37 million. He also cut the delivery forecast for 2023 to 1.8 million from 2 million.

Tesla increased production in Shanghai to more than 20,000 cars per week, up from 17,000. At the same time, waiting lists for Tesla cars in China have shortened, so growth may have to rely on exports. Tesla competitor BYD, meanwhile, has seen booming EV sales, topping 200,000 in September alone. That includes hybrids.

European backlogs have also decreased. So a big jump in Shanghai exports to Europe could be short-lived, especially as the Berlin factory slowly ramps up production.

Economic worries are likely to continue to hang over Tesla, with a global recession expected in 2023. It is unclear to what extent demand for electric cars will withstand a recession.

Since the Q2 report, passage of the Inflation Reduction Act has improved the interim economic outlook for Tesla. The law provides a $7,500 tax credit for electric vehicles that qualify based on where the vehicles and battery materials are manufactured. The credit is phased out above $300,000 in income for couples.

The incentives for U.S.-based manufacturing could amount to $3,100 per vehicle, or $2.8 billion for Tesla, based on its potential 900,000 U.S. production capacity, Wells Fargo analyst Colin Langan wrote in an Oct. 14 note. Langan increased his earnings estimates for Tesla by 33% through 2026 to reflect the Inflation Reduction Act incentives.

There is still some uncertainty about which vehicles will qualify for the new American credits.

Incentives for new commercial electric vehicles include tax credits of up to $40,000. Tesla plans to deliver its first Tesla Semi later this year, but has yet to reveal production targets for 2023. Investors will be eager to learn more about plans for both the Tesla Semi and Cybertruck.

Musk has said that the Cybertruck will be produced in mid-2023, but the upcoming model has been delayed several times.

Tesla shares rose on Wednesday afternoon. Shares rose 0.4% to 220.19 on Tuesday after jumping 7% on Monday. Last Friday, TSLA stock fell to a 15-month low, falling as low as 204.16. Tesla shares are now 47% of their record high hit in early November last year.

Macroeconomic concerns are likely the biggest factor hanging over Tesla, but funding for Musk’s Twitter (TWTR) purchases have also created some uncertainty. One analysis calculated that Musk may need to offload another $8 billion in TSLA stock.

Join IBD Live every morning for stock tips before the open