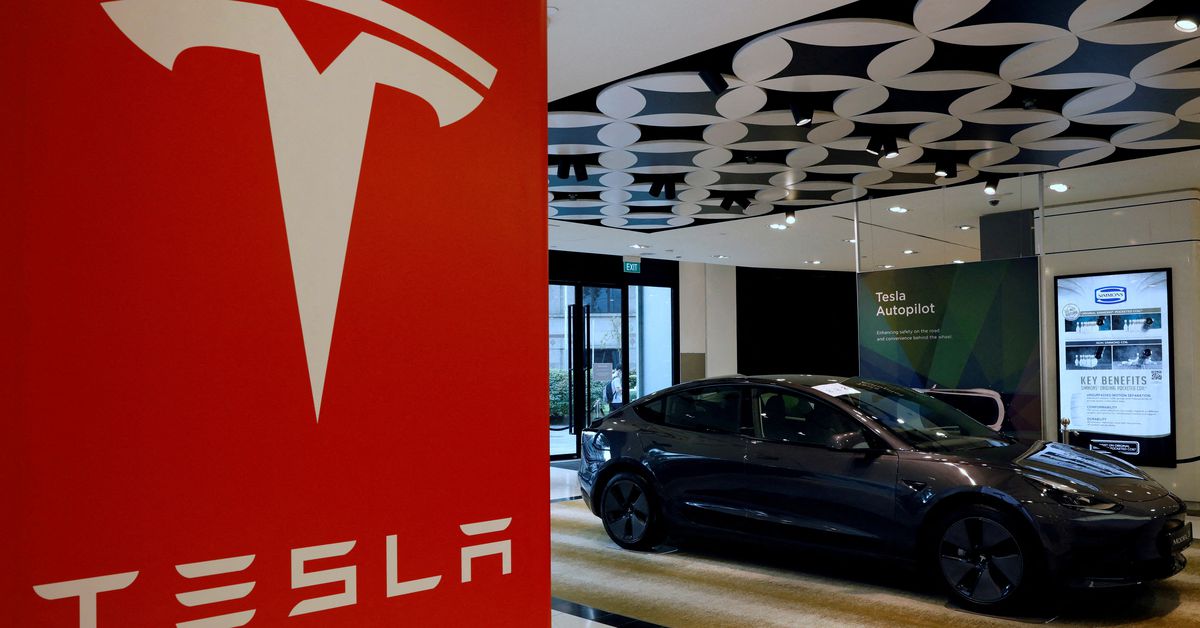 CEO Elon Musk told analysts on a conference call that there was excellent demand in the fourth quarter, addressing investors̵[ads1]7; concerns that buyers could be discouraged by the weak global economy and high prices for Tesla cars.

But Tesla said some logistics challenges will persist, with fourth-quarter deliveries growing less than 50% while production rose 50%.

Tesla is expanding rapidly despite global economic turmoil, and investors are watching closely for signs that consumer demand is cooling as inflation rises and interest rates rise.

The company’s third-quarter automotive gross margin was 27.9%, missing analysts’ estimates and down from 30.5% a year earlier.

Third-quarter revenue was $21.45 billion, a record but below analysts’ estimates of $21.96 billion, according to IBES data from Refinitiv.

The company said it had a negative currency impact of $250 million on earnings as the U.S. dollar strengthened against other major currencies.

“Commodity cost inflation impacted our profitability along with ramping inefficiencies” from the new factories in Berlin and Texas, and the production of the new 4680 batteries, according to Tesla’s statement. Musk added that production of the 4680 battery was ramping up quickly, although director Andrew Baglino said, “There are still challenges ahead that we have yet to overcome. No question.”

Musk added that Tesla’s Semi trucks, which will begin to be delivered to customers starting in December, will not use the 4680 battery cells.

Musk also said the company has the option to buy back shares in the range of $5 billion to $10 billion, pending board review and approval.

Earlier this month, Tesla said it delivered 35% more vehicles in the July-September period than in the previous quarter, thanks in part to a pick-up in production in China after prolonged COVID-19 disruptions, but the record number was shy of vehicle production and analysts’ estimates.

The electric car pioneer has seen its shares fall around 50% from record highs last November as investors were spooked by fears of a global economic slowdown and Musk’s bid to buy social media company Twitter ( TWTR.N ).

Musk told the conference call that he saw a path for Tesla to be worth more than two huge companies, Apple Inc ( AAPL.O ) and Saudi Aramco ( 2222.SE ), combined. Tesla’s market value is now under $700 billion, while Apple is worth $2.3 trillion and oil producer Saudi Aramco is worth $2.1 trillion.

Analysts had expected Musk to express optimism about Tesla in the conference call. Musk has been trying to raise money to finance his $44 billion deal to take Twitter Inc private. Some experts say Musk may need to sell about $3 billion more in stock after the earnings announcement to help finance the deal.

Musk said on Wednesday he was excited about his pending acquisition of Twitter Inc ( TWTR.N ), although he said he and other investors paid too much for the social media company.

Musk also said Tesla’s Cybertruck pick-up was on track to go into production by the middle of next year, and that the heavy-duty semi-truck could see 50,000 units in North America by 2024.