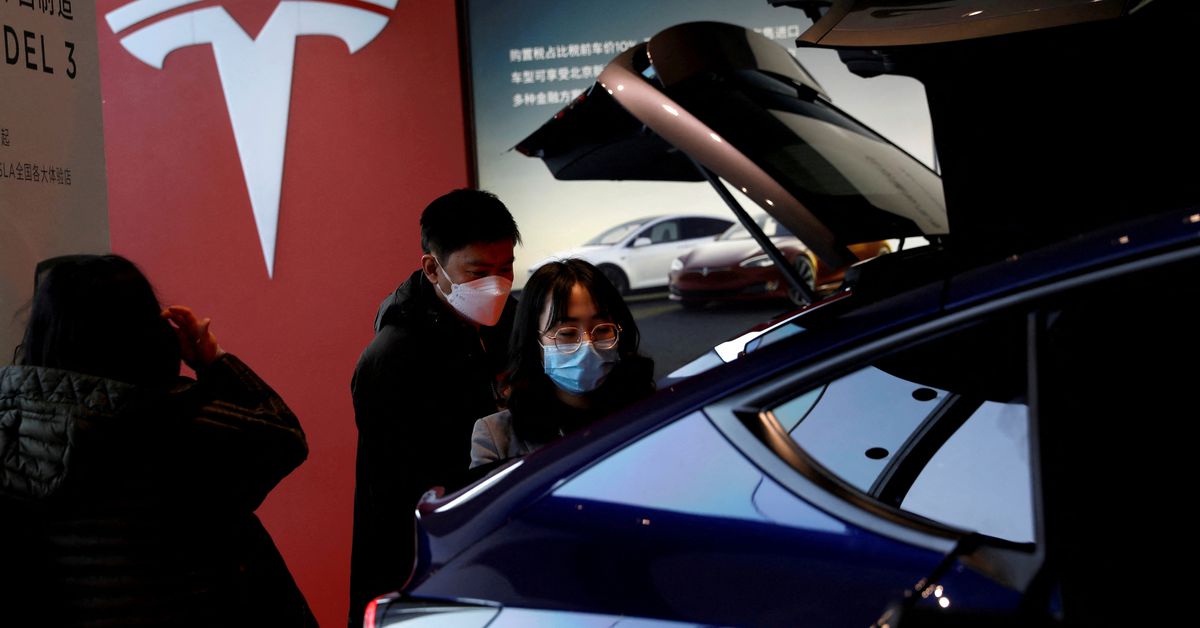 SHANGHAI, Dec 5 (Reuters) – Tesla ( TSLA.O ) plans to cut December production of the Model Y at its Shanghai plant by more than 20% from last month, two people with knowledge of the electric car maker’s production schedule said on Monday. .

The production cut was first reported by Bloomberg, which said the move was a reflection of weak demand.

Reuters was unable to determine the reason for the planned reduction in production at the Shanghai factory, Tesla’s largest manufacturing hub.

A Tesla representative did not initially respond to a Reuters request for comment.

Late on Monday, the Tesla representative replied “fake news” without elaborating. The spokesman did not respond to Reuters’ questions about whether Tesla denies that any production reduction would take place or whether the move was linked to weaker demand.

Inventory levels at Tesla’s Shanghai factory rose sharply after it completed an upgrade of its manufacturing facilities this summer, with EV inventory increasing at its fastest pace ever in October.

The US automaker has cut prices of Model 3 and Model Y cars by up to 9% in China and offered insurance incentives, helping to boost sales of Chinese-made cars in November by 40% from October and by 89.7% compared to with a year earlier.

Uncertainty about when China will make significant moves to relax its “dynamic zero-COVID” strategy has clouded the outlook for the world’s biggest auto market, although some Chinese cities have taken steps to ease some restrictions following protests in recent weeks.

The automaker plans to start production of a facelifted version of the Model 3 in the third quarter of 2023 in Shanghai as it aims to cut production costs and boost the appeal of the five-year-old electric sedan, Reuters has reported.