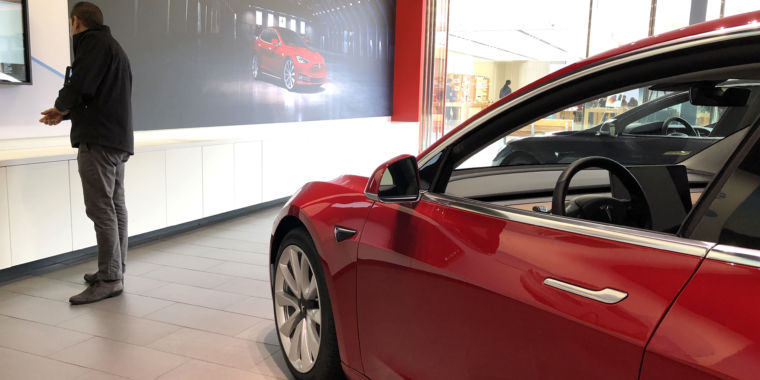 The result is a more streamlined product lineup with more clear-cut differentiation between the affordable Model 3 and the premium Model S and Model X. Last week, a Performance Model 3 with all the bells and whistles could cost almost as much as an entry-level model S. Now there's a much larger gap between the most expensive model 3 — the performance model starts at $ 54,990 — and the cheapest model S at $ 79,990. [19659009] The federal tax credit for Tesla vehicles is declining

One factor behind the US-based price cuts may have been the gradual expiration of the electric vehicle tax credit the federal government provides to customers. Until the start of 2019, every Tesla buyer got $ 7,500 back from Uncle Sam. That amount fell to $ 3,750 on January 1 and to $ 1,875 on July 1. It will go away altogether at the end of 2019. For Tesla's more expensive models, the price cuts more than offset the July 1 reduction. For the cheaper model 3 versions, it will at least partially offset it.

Tesla's price cutting isn't limited to the United States. Tesla cut prices in Europe and China, too. The model 3 performance got a 14 percent price cut, from € 65,580 to € 56,370. Still, the new price is equivalent to $ 63,000. So even after the latest price cuts, the model 3 is still much cheaper in the United States — a reflection of the value-added tax that is included in the European sticker price.