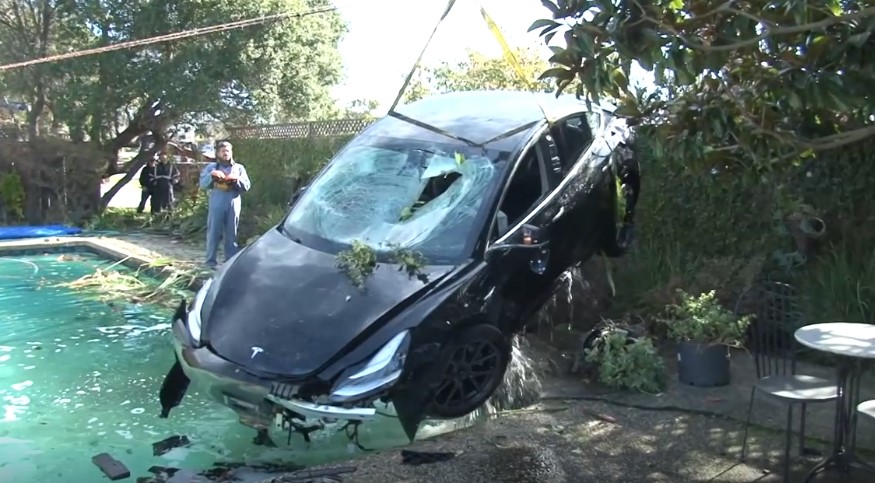 SAN RAFAEL, Calif. (KRON) — A woman died after her Tesla crashed into a pool in San Rafael Saturday morning, according to the California Highway Patrol in Marin.

Around 7 a.m., a woman was driving alone in her Tesla, heading west on Point San Pedro Road, when the vehicle somehow left the road, according to the CHP. The Tesla crashed in a pool outside a residence.

The CHP says she was not wearing a seat belt at the time. Police have not said whether the Tesla’s autopilot function was working during the crash.

San Rafael police and the San Rafael Fire Department were first on the scene, and the driver was pronounced dead, according to the CHP. The incident has since been cleared up, although some crews may still be cleaning up the scene.

KRON ON is now streaming

The CHP says the Tesla has been towed. No one from the residence was injured in the crash, and the CHP says it is unclear if the residents were home when the crash occurred. A full press release will be shared by the CHP later today.

This is a development story. Please stay tuned to KRON for updates.