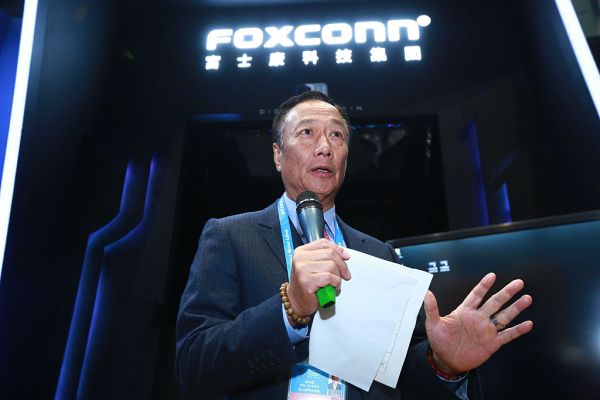 Terry Gou told Foxcon's annual general meeting today that he is leaving the giant of the electronics industry as he is preparing to run for president in Taiwan. Gou, who founded Foxconn (also known as Hon Hai Precision Industry Co.) 45 years ago and is also the largest shareholder, will remain on the company's board. Young Liu, the leader of Foxconn's semiconductor business, will succeed him as leader and the company will also transition to a committed governance structure.

Gou first announced in April that he plans to resign as a leader to focus on his campaign for the nomination of the Taiwan opposition party, Kuomintang. If he succeeds with other KMT candidates, including Kaohsiung mayor Han Kuo-Yu, Gou will challenge President Tsai Ing-wen, a member of the Democratic Progressive Party, next January's election.

Foxconn (one of Apple's largest suppliers) is China's largest private employer, and Kuomintang supports a closer relationship with the Chinese government, despite Taiwan being a villainous province. Gous ties to the country will be scrutinized during the campaign as he opposes Tsai and DPP, advocates of Taiwan's sovereignty. The problem is particularly heavy after the big demonstrations in Hong Kong against a bill that would have extradited to China.

Last month, Gou, who has never had a political office before, tried to persuade critics by saying he has no plans to meet Chinese President Xi Jinping after the head of Taiwan's mainland minister Yuan, Chen Ming-Tung, claimed that Gou had said that Taiwan was part of China. Gou also said that during a recent meeting with Donald Trump, he had asked the US President to work to improve relations between all three countries.

Gous's campaign has also been destroyed by other controversies, for example, when he said "Harem should not interfere in politics" after his wife, Delia Tseng, protested against his candidacy. Gou later apologized for the remark.