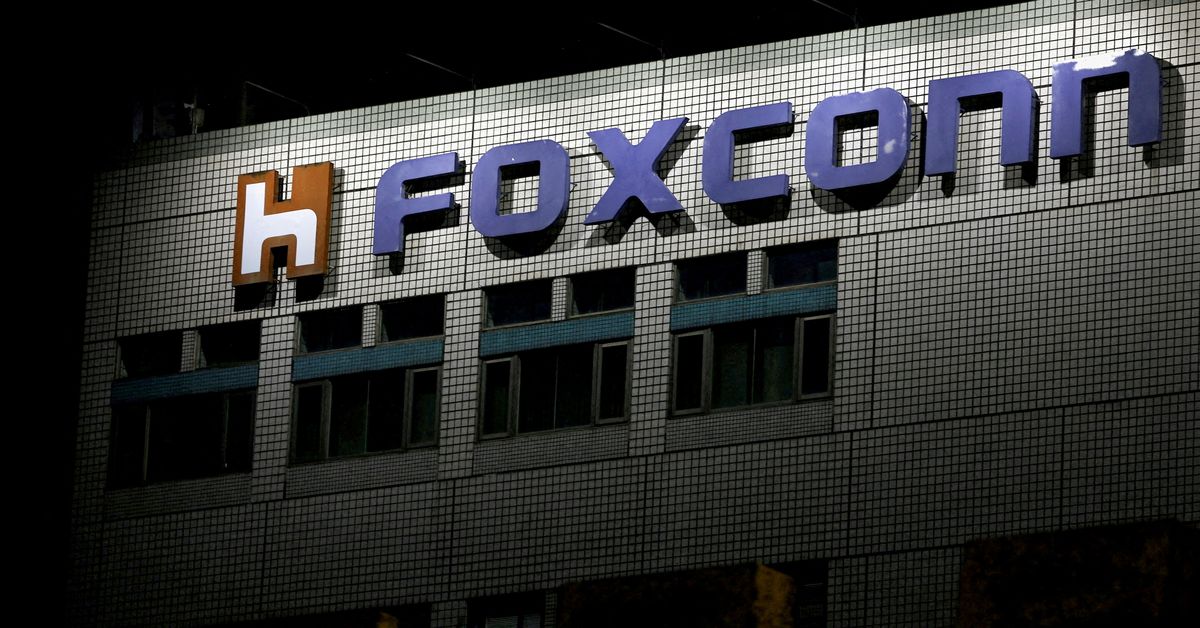 TAIPEI, Dec 17 (Reuters) – Taiwan’s government said on Saturday it would fine Foxconn ( 2317.TW ), the world’s largest contract electronics maker, for an unauthorized investment in a Chinese chipmaker even after the Taiwanese firm said it would sell stake .

Taiwan has turned a wary eye on China̵[ads1]7;s ambition to boost its semiconductor industry and is tightening legislation to prevent China from stealing its chip technology.

Foxconn, a major supplier to Apple Inc ( AAPL.O ) and iPhone maker, disclosed in July that it was a shareholder in embattled Chinese chip conglomerate Tsinghua Unigroup.

Late Friday, Foxconn said in a filing to the Taipei Stock Exchange that its subsidiary in China had agreed to sell its entire stake in Tsinghua Unigroup.

Taiwan’s Ministry of Economy said in response that the Investment Commission, which must approve all foreign investments, will ask Foxconn on Monday for a “full explanation” about the investment.

Foxconn did not immediately respond to a request for comment.

People familiar with the matter previously told Reuters that Foxconn did not seek approval from the Taiwan government before making the investment, which authorities believe violated a law governing self-ruled Taiwan’s relationship with China, which claims the island as its own.

In a statement on Saturday before the economy ministry, Foxconn said as the year-end approached that the original investment had “remained unfinished”.

Xingwei controls a 48.9% stake in another entity that holds a 20% stake in the vehicle that owns all of Unigroup.

“To avoid uncertainty from further delays or impact on investment planning and flexible deployment of capital, Xingwei Fund will transfer its entire stake in Shengyue Guangzhou to Yantai Haixiu,” it said.

“After the transfer is completed, FII will no longer indirectly hold any equity in Tsinghua Unigroup.”

Tsinghua Unigroup did not respond to a request for comment.

Taiwanese law states that the government can ban investment in China “based on the concerns of national security and industrial development”. Violators of the law may be fined repeatedly until corrections are made.

The company has sought to acquire chip factories globally as a worldwide chip shortage rattles makers of goods from cars to electronics.

Taipei is banning companies from building their most advanced foundries in China to ensure they don’t place their best technology offshore.