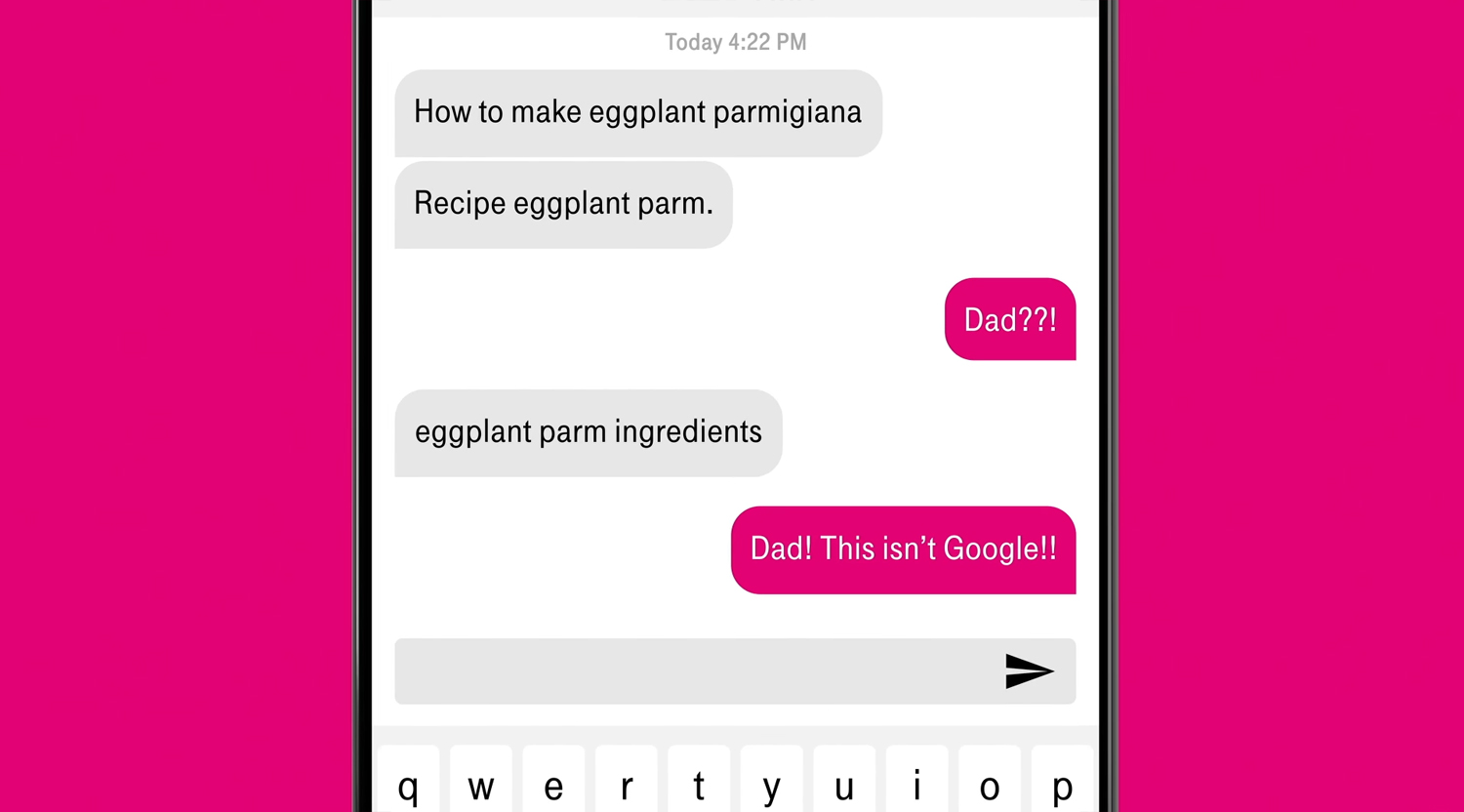 T-Mobile 's commercials that aired during the 2019 Super Bowl were so much fun to watch!

One of the best ones was a text conversation between a daughter and a father. The dad texted, "How to make eggplant parmigiana" and then "Recipe eggplant parm."

The daughter realized that day thought the text box was the Google search bar. After the dad did it again, the daughter ended up Googling for the recipe and sending it over.

The other commercials were partnerships with Lyft and Taco Bell.