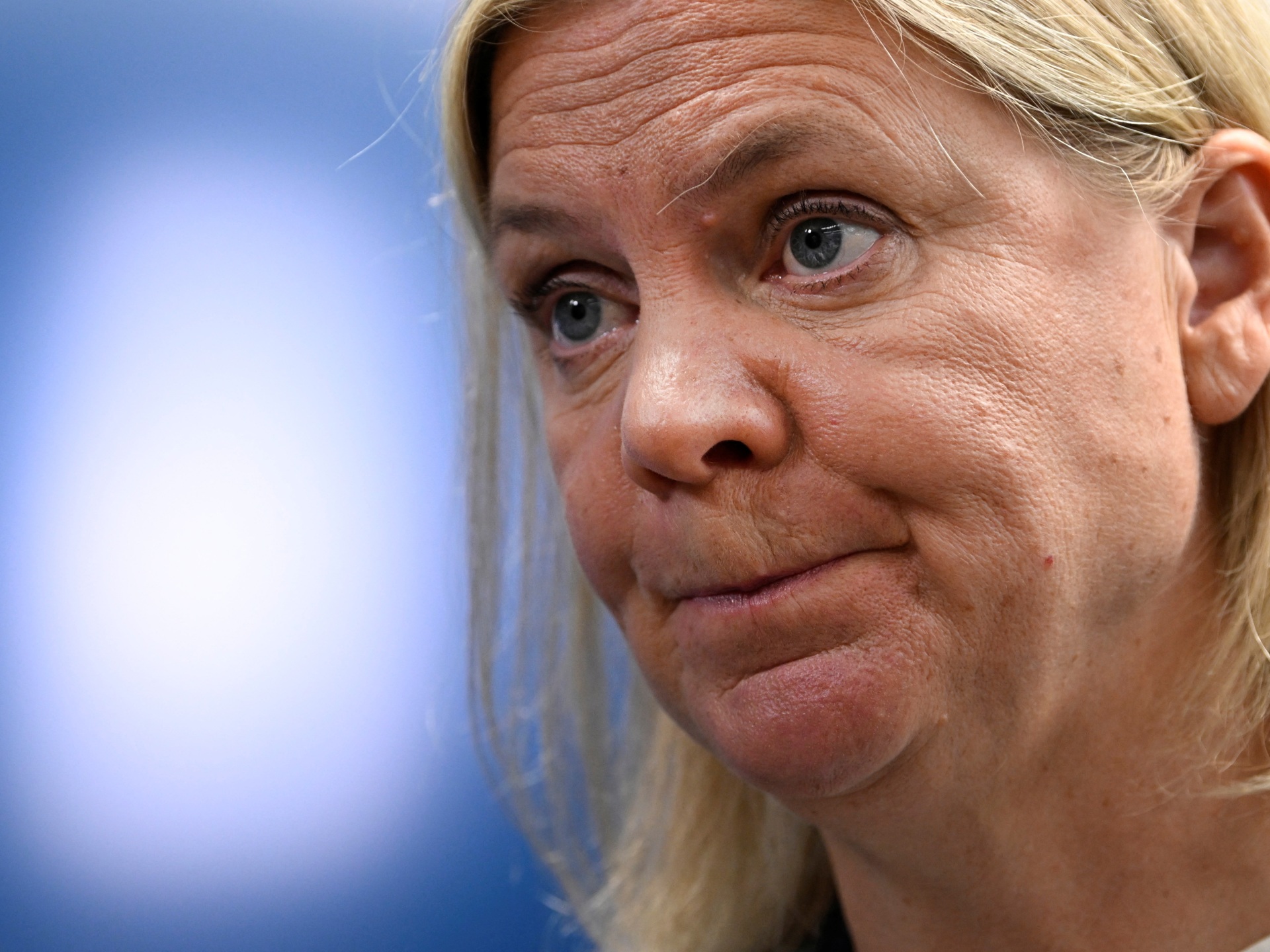 The prime minister says Sweden faces the prospect of a “winter of war” due to an energy crisis amid the war between Russia and Ukraine.

Sweden has said it will provide hundreds of billions of dollars in liquidity guarantees to Nordic and Baltic energy companies to avert a financial crisis triggered by Russia’s Gazprom shutting down the Nord Stream 1 gas pipeline.

Prime Minister Magdalena Andersson warned that Sweden faced the prospect of a “winter of war” due to Europe’s energy crisis, and said the exact details of the guarantees remained to be worked out.

Andersson told reporters on Saturday that the guarantees were aimed at giving energy groups “the breathing space that is needed”[ads1];.

She said there was “a clear security policy agenda behind Russia’s actions”.

Moscow has blamed sanctions imposed by the West after Russia’s invasion of Ukraine for preventing routine maintenance on the pipeline, but some EU officials have accused Russia of using energy as a weapon.

“Russia’s energy war has serious consequences for Europe and Swedish households and businesses, especially in southern Sweden which is dependent on electricity prices in Germany, which in turn is very dependent on gas,” she said.

– This threatens our financial stability. If we don’t act soon, it could lead to serious disruptions in the Nordics and the Baltics, she said.

“In the worst case, we could end up in a financial crisis.”

The announcement came after Russia said on Friday it was cutting the Nord Stream gas pipeline to Germany indefinitely due to what it said were leaks in a turbine – compounding Europe’s difficulties in securing winter fuel.

The closure is expected to lead to even higher production prices for the electricity companies when the market opens on Monday.

At the same press conference, Finance Minister Mikael Damberg said the government would put forward a proposal allowing it to issue credit guarantees, adding that all the country’s parliamentary parties and the speaker had been informed.

Damberg also said that the Swedish decision would “ensure financial stability not only in Sweden, but in the entire Nordic region”.

The guarantees were expected to be in place on Monday before the stock market closed and would cover all Nordic and Baltic players within the next two weeks.

Sweden’s parliament has been called back from its summer break to hold a vote on the government’s proposal on Monday.

Sweden is experiencing its highest inflation in 30 years, and the central bank has raised interest rates twice this year, with more steep increases expected before the end of the year.

High electricity bills, rising interest rates and stalled economic growth have dominated the election campaign ahead of the general election on 11 September.

On Wednesday, Damberg said the government expected to have $8.36 billion available to ease consumers’ pain with record electricity prices this year and next.