Suspect in custody after leaving at Denny & # 39; s restaurant in Campbell 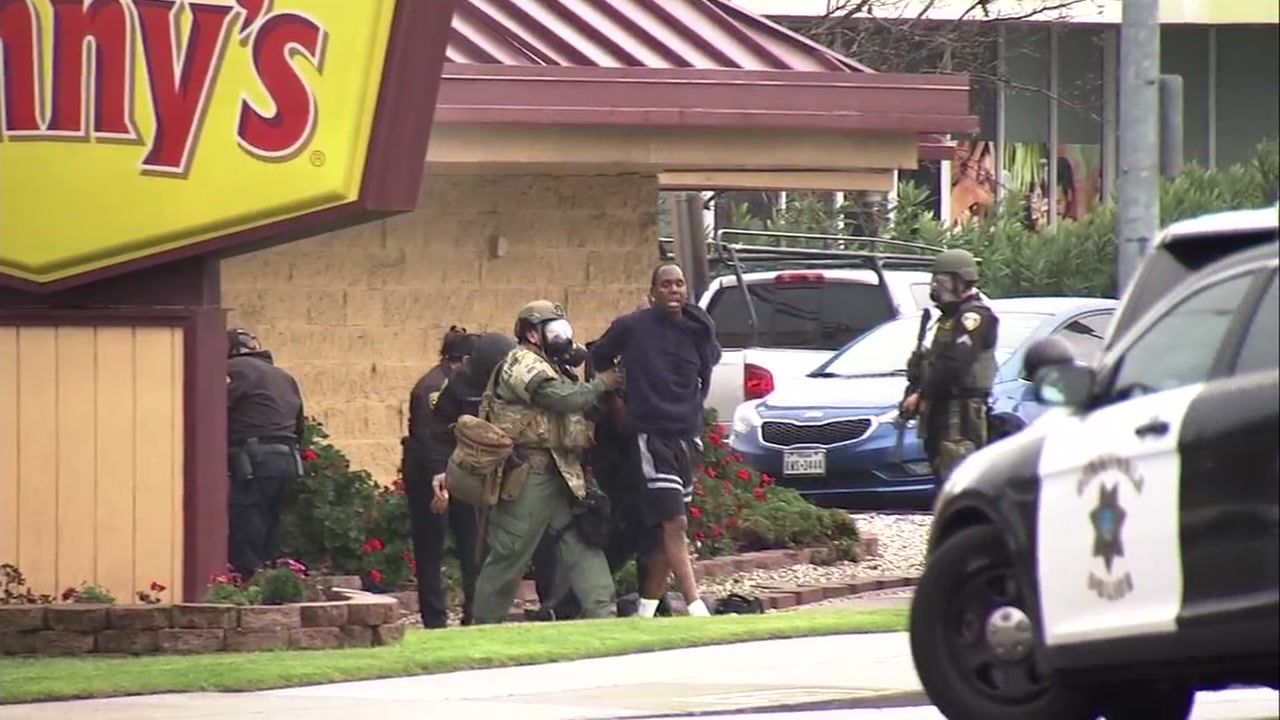 A policeman with a man who barricaded himself inside a Denny's restaurant is now over. It lasted almost 12 hours after the situation started.

The suspect was taken into custody by the police. The man was allegedly armed.

Update: A suspect is in custody. Officers secure the area.

Police say it started at 5:30 am Friday morning when a man inside the restaurant on S. Bascom Ave. walked out to the parking lot to confront another man. The suspect threw a cup of coffee on the other man, pointed a gun at him and then returned to Denny and sat down at a booth. The alleged victim then drove off and called the police.

Police called inside the restaurant and told staff to leave with some customers. About six people left at that time.

The only person left in Denny was the suspect, according to police

Police at one time used a flash-bang device to try to get the man's attention.

They say that Bascom Ave from Campbell Avenue to Dry Creek Road remains closed until the situation is resolved.

Campbell Police say this started when a man inside Denny confronted another man in the parking lot, threw a cup of coffee on him and pointed to a gun. Then I suspect back in and sat down at a booth.
Police were called. All staff and customers again. The man is alone inside. pic.twitter.com/PYJVKexq1S

Bascom Avenue is blocked in both directions in Campbell near Denny's. (Between Campbell Ave. & Shady Dale Ave.)
Standoff right now. Campbell police are trying to communicate with the man inside via speaker. pic.twitter.com/9ESfRDFetX