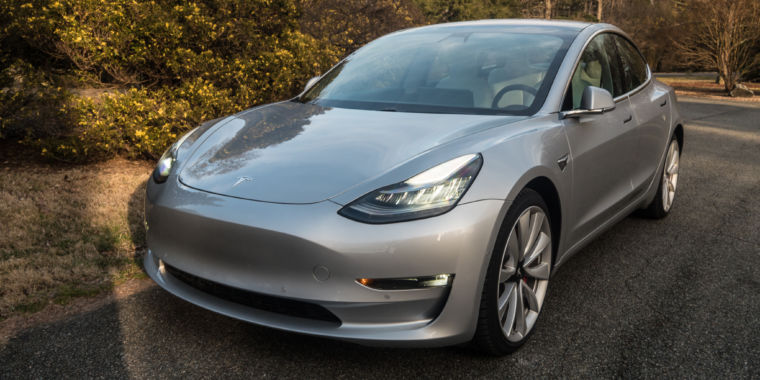 The strong sales are nicely reflected in the demand for Tesla's new model 3, which first became available in large quantities late February. Model 3 accounted for 5,31

5 of the 18,375 vehicles sold in Norway in March, with model S and model X selling another 500 cars combined.

If you include plug-in hybrid cars, Norwegian electric cars reached about 50 percent in 2018. The comparable figure for the US was around 2 percent.

Norway's fantastic sale of electric vehicles generally reflects the aggressive policy of the Norwegian government to promote the shift from cars with internal combustion engines that contribute to climate change. Norway imposes heavy taxes on conventional cars, but the country fully frees electric (and fuel-driven) vehicles. As a result, electric vehicles are relatively less expensive in Norway than they are in most other countries around the world.

The governments of Norway have also made other efforts to promote electric vehicles.

According to Reuters, the demand for electric cars is so strong in Norway that car manufacturers have worn out hold. Tesla's entry into the market represents a significant expansion of the availability of all-electric vehicles in the country.

Marss' sale of electric vehicles may turn out to be a bit of an aberration driven by pretty good looking for model 3. But the head of the Norwegian electric association, Christina Bu, told Reuters that she expected electric cars to reach 50 percent of the new the car market in 2019 as a whole.

One big question is what will happen if the Norwegian authorities begin to scale some of the generous incentives offered to drivers of fully electric cars. For example, CityLab reports that the VAT exemption from electricity may be phased out by 2020. Electric cars are also slated and also lose their exemptions to some tolls this year. It can prevent Norway's progress towards the goal of getting all new cars to be emissions-free by 2025.