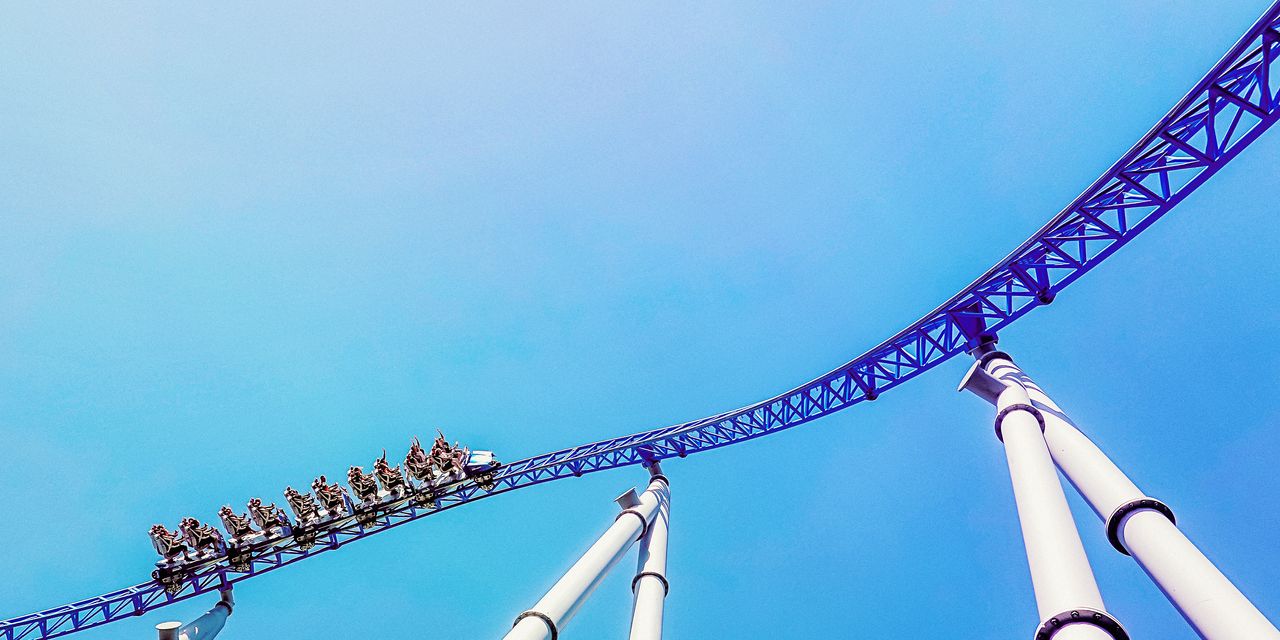 
Here are the dragons.

This phrase, apocryphally said to have appeared on old maps to mark the unknown, could just as well describe the situation that investors are facing today.

In danger of repeating myself, these traits, as big as they are, do not begin to reflect how wild the market swings were. The S&P 500 has had intraday rates of 1% for 12 consecutive days through Thursday, the longest such streak since the 25 trading days that began on December 5 and went through January 10. Before that, the S&P 500 had a 14-day streak that went from October 16 to November 2

These types of stripes are rarely a sign of a happy market. Last week, the concern was about tumbling bond yields. The 10-year government yields turned as low as 1.47% on Thursday, and are the lowest since 2016, while the 30-year rate fell below 2% for the first time ever. In addition, the 10-year return fell during the two-year period, an inversion in the yield curve that has historically led to a recession of six to 18 months or so. (The return on the 10-year Treasury fell below three months earlier this year.)

Normally, these signs will be enough to get investors planning for the end of the beef market, although the market has a habit of rising between the first inversion and the start of a bear. But these are not normal times. As soon as the yield curve turned, we argued why it didn't work the way it used to start flying fast and furious. The spread of bonds with a negative return is one of the arguments, which has made US debt more attractive to investors, making low yields reflected in demand rather than economic conditions. Others point to the Federal Reserve's bond purchases, which may have made bond yields artificially low. Even Janet Yellen got into the act by saying that an inversion in the yield curve can be a false recession indicator this time around.

But if something that was considered as reliable as the yield curve is no longer to be trusted, then the market can really be in unknown waters. It may be one of the reasons why stocks seem to be responding to every single chink in the bond market. That was not the case in late July, when the correlation between the S&P 500 and iShares 20+ years Treasury Bond ETF (ticker: TLT) was close to non-sexist. Fast forward two weeks, and the correlation between the two is well negative 65% (a correlation of 100% means that two assets move in the locking point; a correlation of negative 100% means that they move in opposite directions). This indicates that investors are responding to bond purchases – and falling interest rates – by selling shares, and vice versa.

It was never clearer than last Thursday, when the 10-year return suddenly dropped to around 1.47% from 1.52% and then bounced back, all in about 30 minutes – and the Dow Jones Industrial Average followed it almost to set cross.

Responding to any movement in the bond market is no way to invest. Even not fighting the Fed may not be what it once seemed. Mid-cycle rate cuts in the 1990s helped prolong the cycle and send stocks higher. Fed leader Jerome Powell's cut last month, however, led the market to fall. The price cut was also cited by consumers as a reason to lower confidence in the University of Michigan Consumer Survey, which fell to 92.1 from 98.4 in July.

This fact alone should re-evaluate those hoping for a half-point interest rate reduction from the Fed's September meeting. "The Fed is in a precarious position," said Lori Heinel, deputy global chief of investment at State Street Global Advisors. "If they cut too aggressively, they play on the idea that it's worse out there than it actually is."

And that's the problem: It's hard to say how bad it actually is out there. The economy is clearly declining, but is not necessarily heading for the recession. That means it's time for caution, not panic. "The economy is declining and not falling off a cliff," says Carmel Wellso, director of research at Janus Henderson Investors. "I don't see any reason to panic."

At least not yet.