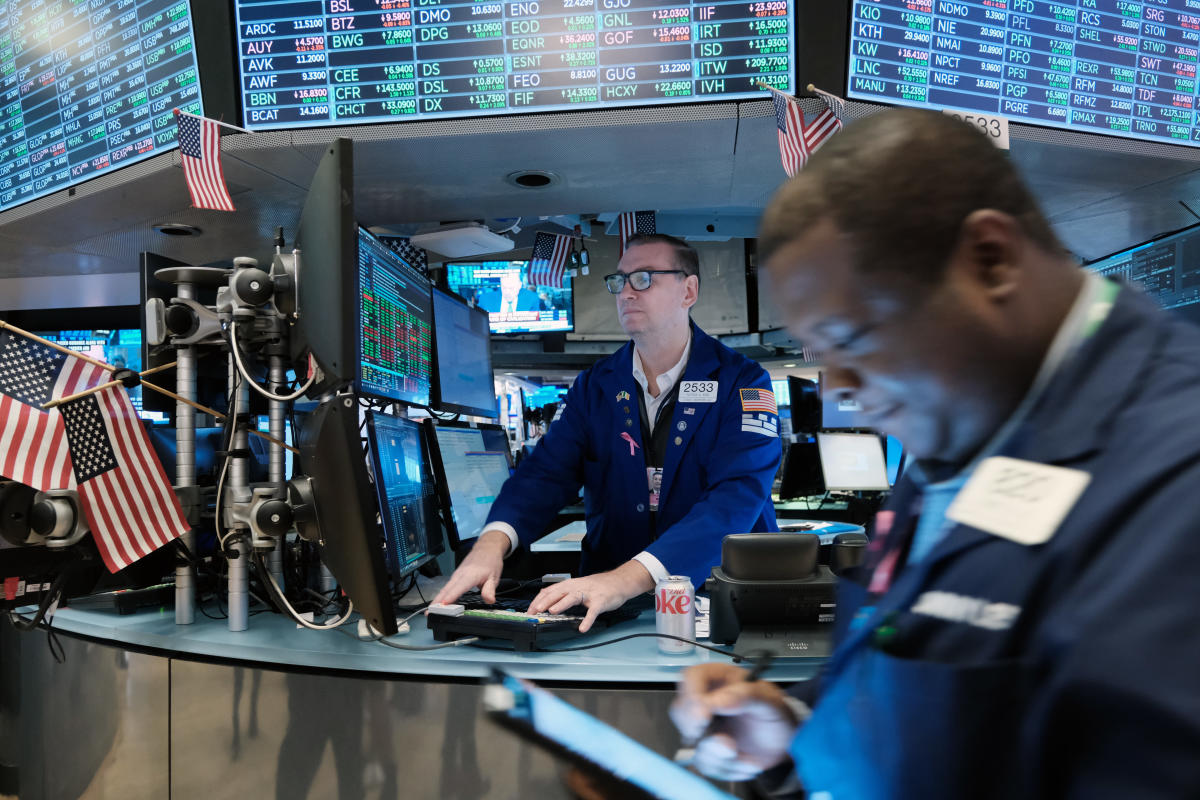 US stocks lagged on Monday morning to start a busy week marked by Fed policy, earnings and jobs data.

Equity markets are still poised to finish the month higher after a brutal decline in September. The Dow Jones Industrial Average was up 14.4% month-to-date at Friday’s close — making October the 10th best month on record since 1915, according to Bespoke Investment Group data. If the Dow closes just 2 basis points higher on Monday, this October will beat January 1[ads1]976 as the best month since the 1930s.

The Federal Reserve’s next policy announcement on Wednesday and October’s monthly employment report due on Friday will determine whether the tailwinds will continue to push stocks forward through the rest of 2022.

Federal Reserve officials are poised to raise the Fed’s benchmark interest rate by another 0.75%, but some strategists believe it could be the last outsized increase before officials scale back tightening plans.

“But we see enough straw in the wind now to believe that the economy is at a real inflection point, while investors are putting too much weight on data, which right now seems to indicate that growth is holding up well,” he said.

“We doubt Chair Powell’s tone will change significantly this week, but he won’t be able to hold back the tide if the numbers turn,” Shepherdson added.

The Labor Department’s jobs report is expected to show that monthly payrolls fell below 200,000, a big drop from an average of 400,000 over much of the pandemic, but still close to the pre-pandemic monthly average. Economists expect 190,000 jobs were added or created last month, according to a Bloomberg consensus estimate.

Bank of America analysts said in a note that overall earnings so far have continued to “defy the downturn,” with many company metrics still above expectations.