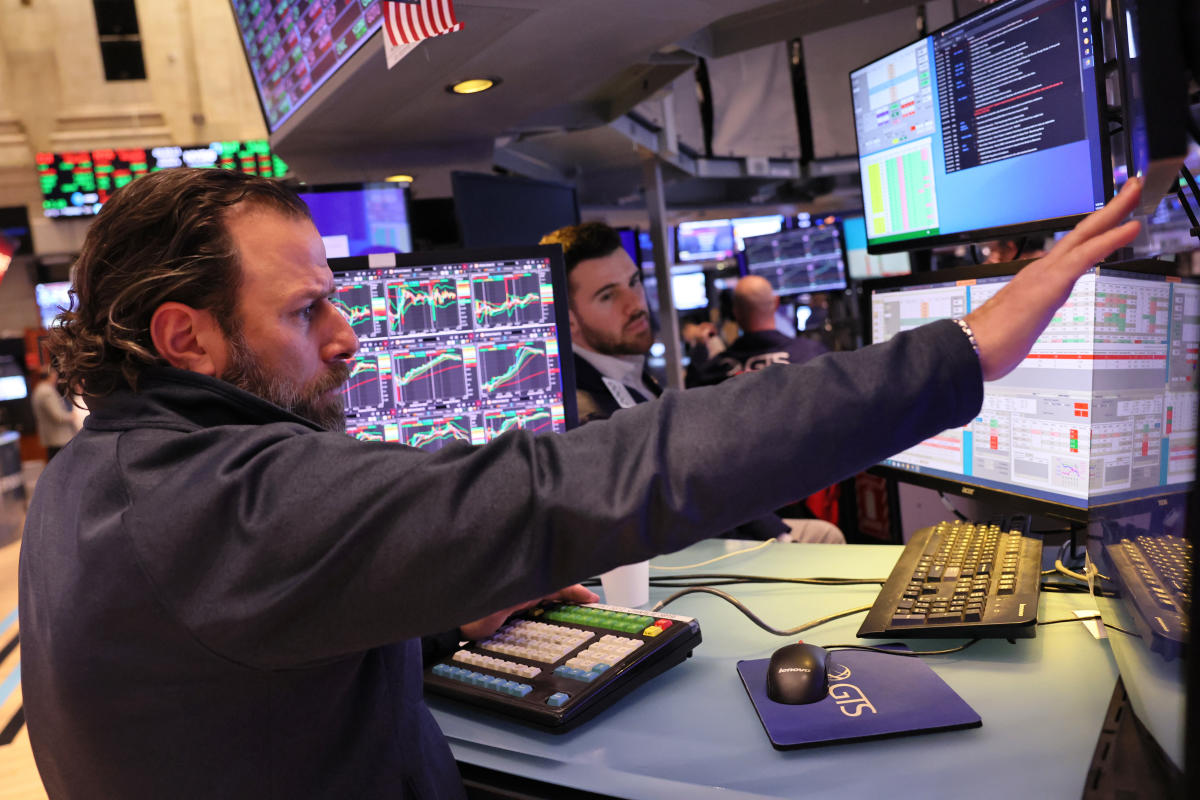 Powell made the case for central bank independence in a speech Tuesday at the Symposium on Central Bank Independence in Stockholm, Sweden. He argued that stable inflation is the foundation of a healthy economy and can require the Fed to take actions that are necessary, even if they are often unpopular.

In specific market moves, shares of Coinbase ( COIN ) rose 4% at the open after the cryptocurrency exchange said it would cut nearly 1,000 jobs as part of a restructuring plan. The company expects to incur approximately $149 million to $163 million in restructuring costs. The move will mark the third round of layoffs for Coinbase since last year.

Shares in billionaire Richard Branson’s Virgin Orbit Holdings ( VORB ) plunged 20% after one of the company’s rockets failed to reach its destination due to a technical fault.

Investors continued to watch beleaguered retailer Bed Bath & Beyond ( BBBY ) as it reported earnings that missed estimates, just a week after it disclosed that the company was considering bankruptcy amid its financial woes.

“As we shared last week, we continue to work with advisors as we consider all strategic options to achieve our near and long-term goals,” CEO Sue Gove said in an update Tuesday, adding that “multiple avenues are being explored.”

Tuesday’s move comes after a mixed start to the week that saw the tech-heavy Nasdaq extend gains from a rally on Friday, while the other two major averages failed to sustain momentum. The Nasdaq rose 0.6% on Monday, while the S&P 500 and Dow each closed down 0.1% and 0.3%, respectively, after hawkish comments from two Federal Reserve officials.

San Francisco Fed President Mary Daly said during a live interview with the Wall Street Journal that she expects policymakers to raise interest rates to somewhere above 5%, adding that the final rate will ultimately depend on the path of inflation.

In line with this view, Atlanta Federal Reserve President Raphael Bostic also said the US central bank should raise interest rates above 5% early in the second quarter and then keep them there for “a long time.”

“I’m not a pivot guy,” Bostic said in remarks at the Atlanta Rotary Club on Monday. “I think we should take a break and hang in there, and let the politics work.”

Thursday will bring investors December’s consumer price index (CPI) — perhaps the most important economic release of the month and the last significant reading before Federal Reserve officials meet Jan. 31-Feb. 1 to deliver its next rate hike.

Economists expect the overall CPI to have risen 6.6% from a year earlier in December, down from the 7.1% increase in November, according to data from Bloomberg. On a month-over-month basis, the CPI was likely to remain unchanged.

The report is likely to sway bets on whether the Federal Reserve will raise interest rates by 0.25% or 0.50% early next month.