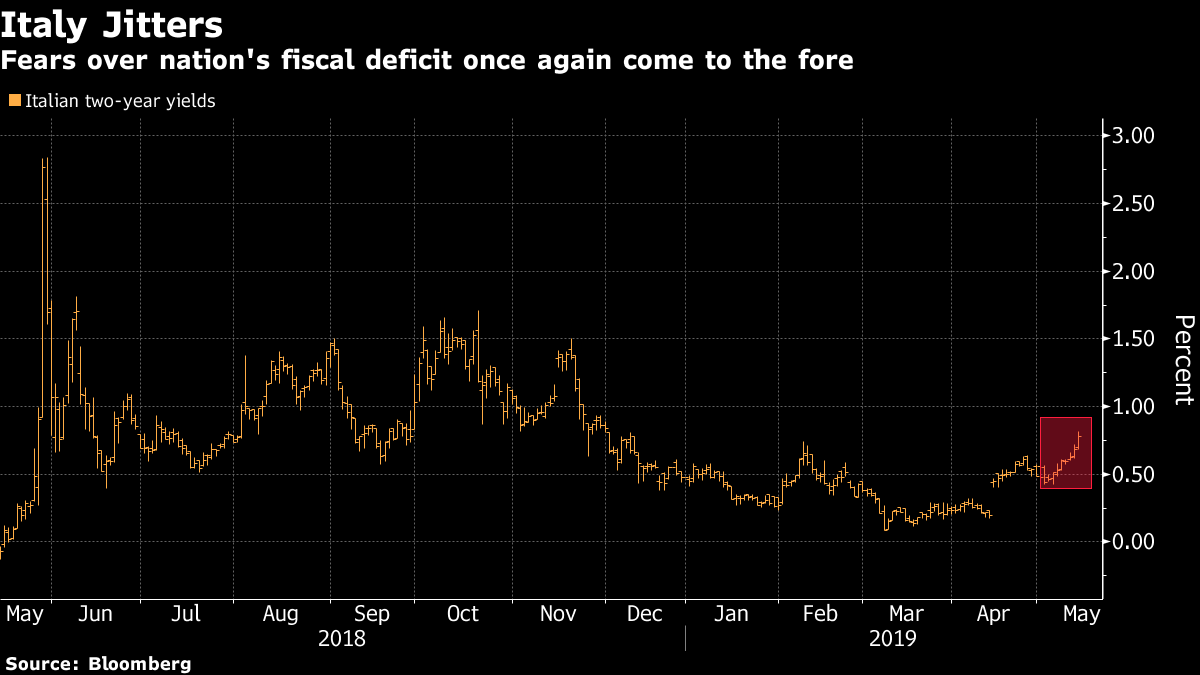 (Bloomberg) – American stocks slumped and Treasuries increased, signaling Tuesday's relief rally will be short-lived, as fresh concerns for the health of the global economy rattled investors still on the verge of the war.

The S & P 500 index fell for the sixth time in eight sessions after US retail and factory numbers missed estimates, and increased concerns about growth after statistics showed China's economy lost steam. Stocks were arranged for a minor repayment from Tuesday's trading sales, but progress on a deal remained elusive. Tensions also mounted in the Middle East over relations between the US and Iran, adding to the demand for sanctuary.

Treasuries increased and sent the two-year return to the lowest level since February 2018, while the 10-year rate fell to 2.36%. Oil retreated and gold rose, while the Japanese yen and Swiss franc faced the dollar.

"Trade is by far the most dominant story right now, but sales should not go unnoticed until consumer confidence reads later this week," said Mike Loewengart, vice president of investment strategy at E * TRADE Financial. "Many see retail as an important economic bellwether, and so weakness in the sector can give the bears more to sink their teeth into."

The unexpectedly weak US economic data on the back of data pointing to slowing China's growth, investors are raising concerns on Wednesday that the war could weigh on a global economy that's already staggering. Adding these woes is increasing the excitement of the Middle East.

Oil fell as an industrial group signaling a jump in US stocks, easing concerns over a supply breach after a drone attack in Saudi Arabia had highlighted the vulnerability of the country's energy infrastructure.

Here are some notable events that come up this week:

Revenue this week includes Cisco, Nvidia.Bank of Indonesia has an interest rate decision on Thursday. The Australian unemployment rate is out on Thursday.

And here's the main market is moving:

To contact journalists on this story: Todd White in Madrid at twhite2@bloomberg.net; Randall Jensen in New York at rjensen18@bloomberg.net

To contact the editors responsible for this story: Jeremy Herron at jherron8@bloomberg.net, Yakob Peterseil