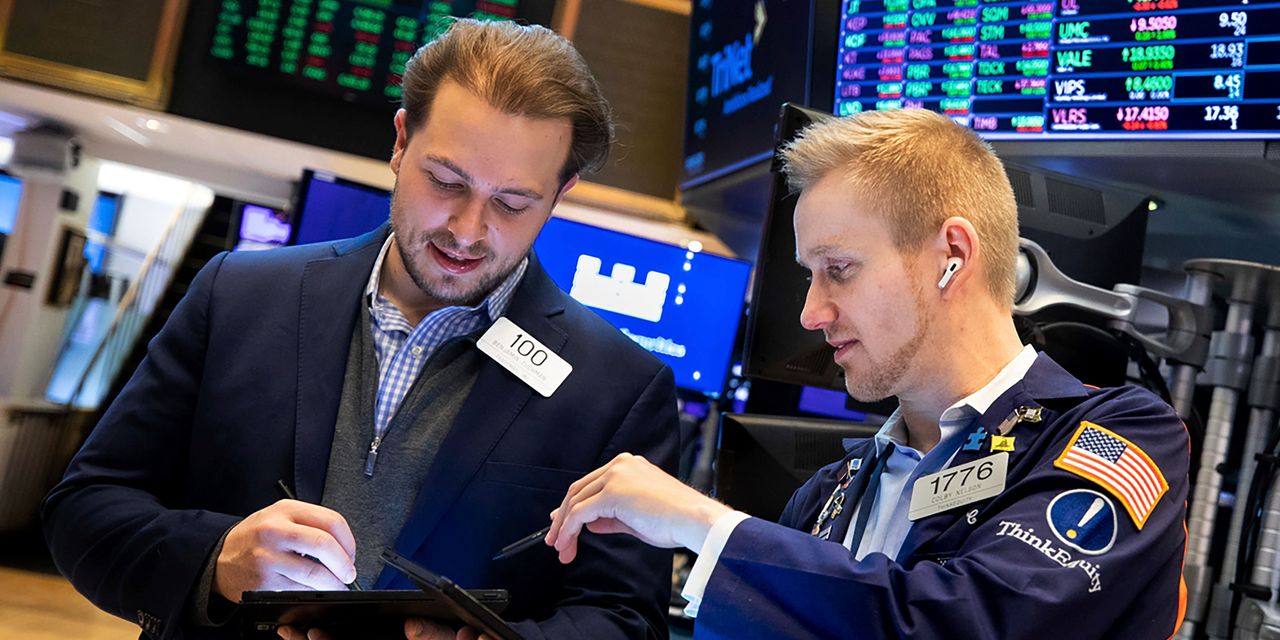 US stocks edged higher, while oil fell from record highs, as investors monitored Russia’s invasion of Ukraine and how the jump in commodities prices is likely to affect inflation and the Federal Reserve’s monetary policy.

The S&P 500 added 0.5% in morning trading Thursday after advancing sharply Wednesday. The tech-focused Nasdaq Composite Index gained 0.1% and the Dow Jones Industrial Average was up 0.7%.

US crude prices briefly surged over $ 115 a barrel for the first time since 2008, before trading back down to $ 110.12 a barrel, as refiners balked at buying Russian oil, reducing the global energy supply. Brent-crude futures, the international benchmark, were down 1.1% at $ 111.67. Investors are worried that a prolonged elevation in oil prices could herald a combination of slowing growth and higher inflation.

Moscow̵[ads1]7;s invasion of Ukraine has injected volatility into broader markets. Investors are trying to assess how a shunning of Russian commodities, including oil, will feed into already elevated inflation and how aggressively central banks will raise interest rates when faced with additional price pressures and an uncertain economic outlook.

“The inflationary impact of oil and natural gas surges is clear. Inflation is going to be stickier. Interest rates will be pushed up by central banks worried about inflation and that will be bad for growth, ”said Edward Park, chief investment officer at UK investment firm Brooks Macdonald.

European natural-gas prices edged up 2.1%, building on this week’s surge. Investors are worried that supply of natural gas could be disrupted to Europe as a result of the war. About a third of Russian gas exports to Europe flow through Ukraine, according to analysts.

Shares of energy companies that are likely to benefit from higher oil prices wobbled in conjunction with prices. ConocoPhillips and Occidental Petroleum each declined about 1%.

Snowflake shares dropped 13% after the company issued weaker-than-expected sales guidance. Okta shares fell 6.4% after the software business provided guidance that suggested aggressive investment would spur greater-than-expected near-term losses to the bottom line. Kroger added more than 9.8% after it reported that its sales and profit had grown.

The pan-continental Stoxx Europe 600 fell 0.3%. Russian stock markets remained closed for the fourth consecutive day as the government seeks to limit a firesale, having also imposed capital controls on the ruble.

and FTSE Russell have said they will cut Russian equities from their benchmarks next week and S&P Dow Jones Indices is considering doing the same.

The ruble dropped 4.6% Thursday against the greenback to 112 rubles to the dollar, according to FactSet.

Traders say investors ‘and brokers’ unwillingness to touch the currency has limited the ease with which they can trade it. Currencies of nearby countries have fallen against the dollar as well, as investors worry about economic spillover. The Polish zloty fell 0.9%, and the Hungarian forint declined 0.6%.

In US bond markets, the yield on the benchmark 10-year Treasury note ticked up to 1,896% from 1,862% Wednesday. Yields and prices move inversely.