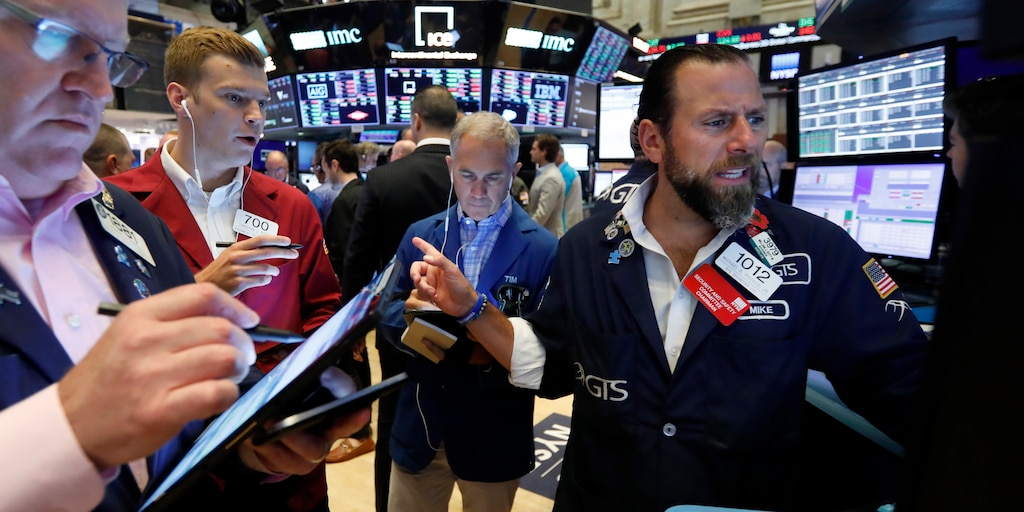 Stocks suffered during their worst week in 2019 as the market struggled with a reignited fear of a US-China trade war.

Here is a look at the key market indices close by:

On Thursday, President Trump announced that starting September 1, the United States would impose a further $ 10 billion in Chinese exports on $ 300 billion. China condemned the move on Friday, saying it "will have to take the necessary countermeasures" against the United States. In May, China raised US $ 60 billion tariffs on US products from 10% to 25% in response to Trump's escalations.

The new trade pot comes just days after delegations from the two countries met in Shanghai for a new round of trade negotiations. Trump said there had to be significant progress during the talks, or that there could be "no deal at all." He also asked China to renounce its commitment to buy more agricultural products from the United States.

July employment data was also released on Friday. The US economy added 164,000 jobs last month, extending the growth of the labor market to 106 straight months.

Friday's loss marks a continuation of a weakness that began on Thursday after the Federal Reserve lowered interest rates for the first time since 2008. Comments from Chairman Jerome Powell raised concerns about further easing at central banks.

Within the S&P 500, these were the biggest winners:

And the biggest rejections:

Squares shares fell after the digital payment company narrowed its third-quarter outlook and announced it was selling Caviar, delivery subsidiary, to DoorDash for 410 million dollars. The company beat Wall Street estimates for both earnings per share and turnover for the second quarter.

Shares of Pinterest jumped after the company reported second-quarter revenue that exceeded analyst estimates. The social network said it now has 300 million monthly users and that it generated $ 261 million in revenue in the second quarter, up 62% from the same period last year.