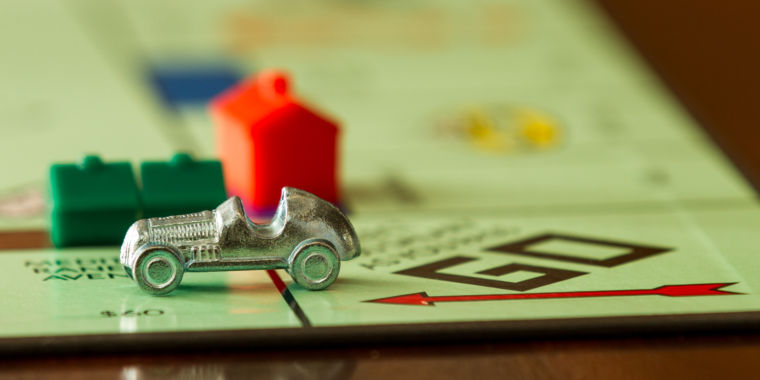 Big Tech will soon face too many antitrust investigations to count on one hand, as several states are reportedly planning to launch their own joint investigation to follow all of the federal inquiries that are already underway.

General attorneys for as many as 20 states are teaming up to dig into whether the dominant tech players are using their large market power unfairly to stop competition, sources tell the Wall Street Journal.

A bipartisan group of about a dozen attorneys general met with Justice Department officials last month to discuss competition issues in the technology sector, reports WSJ, a meeting where AGs for Mississippi, New York, North Carolina and Texas were present. New York State Attorney General Letitia James's office told WSJ that the officials involved "are concerned about the control of personal data from large technology companies and will hold them accountable for competitive practices that put privacy and consumer data at risk."

probe targets were not named, but are considered to include Apple, Amazon, Facebook and Google ̵

1; all of which are targets for other antitrust probes, both in the United States and abroad – to a minimum.

WSJ writes that the rumored probe can "cool-tail" nicely with existing antitrust review work underway by DOJ, which itself is just one of the many agencies digging into tech's competitive practice.

The DOJ publicly acknowledged last month the antitrust division looked at the widespread "concerns expressed by consumers, businesses and entrepreneurs" about "market-leading online platforms." While the agency did not name, previous reports suggest that the DOJ and the Federal Trade Commission agreed to share antitrust monitoring, with the DOJ digging into Apple and Google, and the FTC looking at Amazon and Facebook.

Facebook in July confirmed that it was under investigation by the FTC. The company's co-founder Chris Hughes has very publicly asked the company to break up, including via a reported roadshow to state and federal regulators explaining why Facebook is too big and should split.

FTC Chairman Joseph Simons yesterday told the Financial Times that Facebook's current plans to merge the WhatsApp, Messenger and Instagram messaging features into a unified platform can make a breakdown much more challenging. "If they maintain separate business structures and infrastructure, it is much easier to have a disposal in that situation than where they are fully involved and all the eggs are encrypted," Simons said.

Amazon, meanwhile, is facing a growing chorus of retailers asking for US regulators to join Germany, Austria, Italy and the EU, all of which have launched separate antitrust probes in Amazon's behavior. The European Commission has also been concerned with Google, which has fined billions of dollars four separate times in recent years for violations of the monopoly law.

If that wasn't enough, Congress also launched its own series of antitrust hearings in June looking at "competition in digital markets." The investigation, which has bipartisan support, recently started by asking about Apple's position on consumers' right to repair their own devices.