Starbucks opens its largest store ever 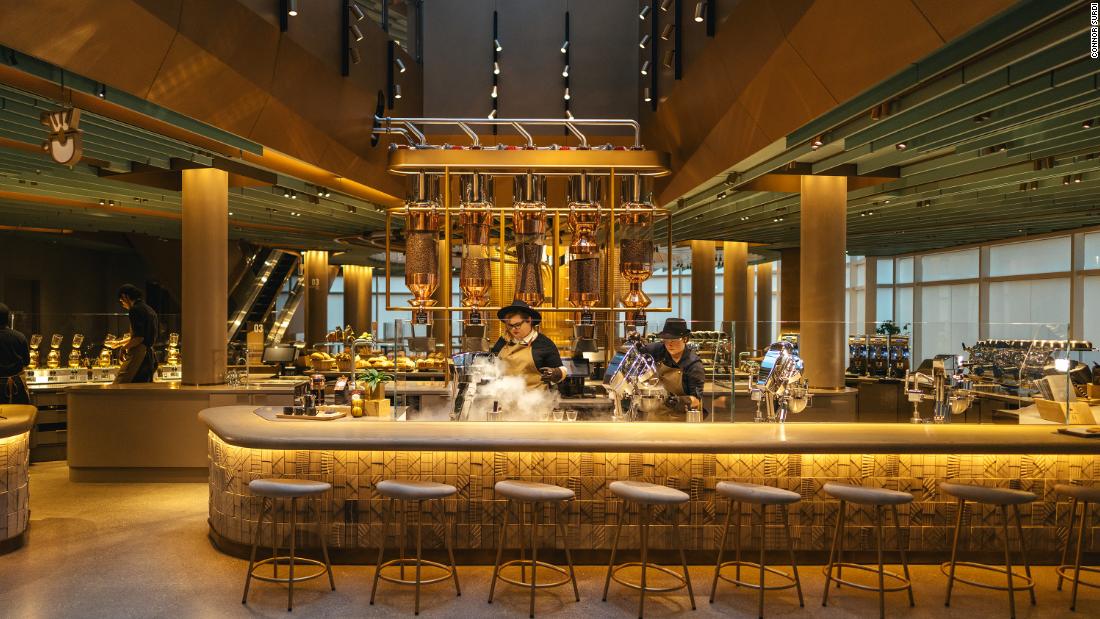 Starbucks ( SBUX ) said that Chicago Roastery is a tribute to the city and region, where it has nearly 800 Starbucks stores and employs more than 18,000 people. The roaster has 200 employees.
Roasteries are meant to be tourist attractions. They have specialty coffees and teas, roasting restaurants and huge coffeemakers where fresh beans are kept. They also have craft cocktail bars and serve more sophisticated food than a regular Starbucks location.

The Chicago location has all this and a unique design that emphasizes the building's natural light from the massive windows. Central to the store is a 56-foot steel barrel that stores coffee beans. Around it is the region's first curved escalator that gives customers 360-degree views of the store.

Selling coffee is a key part of the store. There are three coffee shops that offer a variety of brewing methods, including an "experiential" coffee car that "allows customers to immerse themselves in the art, science and theater of coffee," according to a press release.

A blend of alcoholic and non-alcoholic drinks is served at the Arriviamo Bar, along with Chicago-specific cocktails. And this roaster is the only place in the US that sells liquid nitrogen gelato, a sweet dessert designed to be eaten with coffee. It is also served in the Monastery of Milan.

Princi, which is Starbucks' bakery and cafe concept, is also prominent. It offers a complete menu of baked goods and heartier items, like pizza.

This is Starbucks & # 39; s sixth Roaster location. The company uses the spaces to test design concepts and menu items – and to double down on the promise of providing a "third place" between home and work, although it focuses on speed and convenience elsewhere.

Roasting joins Starbucks' growing line of store concepts. Earlier this month, it opened "Starbucks Pick-Up," a prime New York location that calls for orders from its app. The location is a fraction of the size of the regular cafe.

The Chicago Roastery will be open seven days a week.