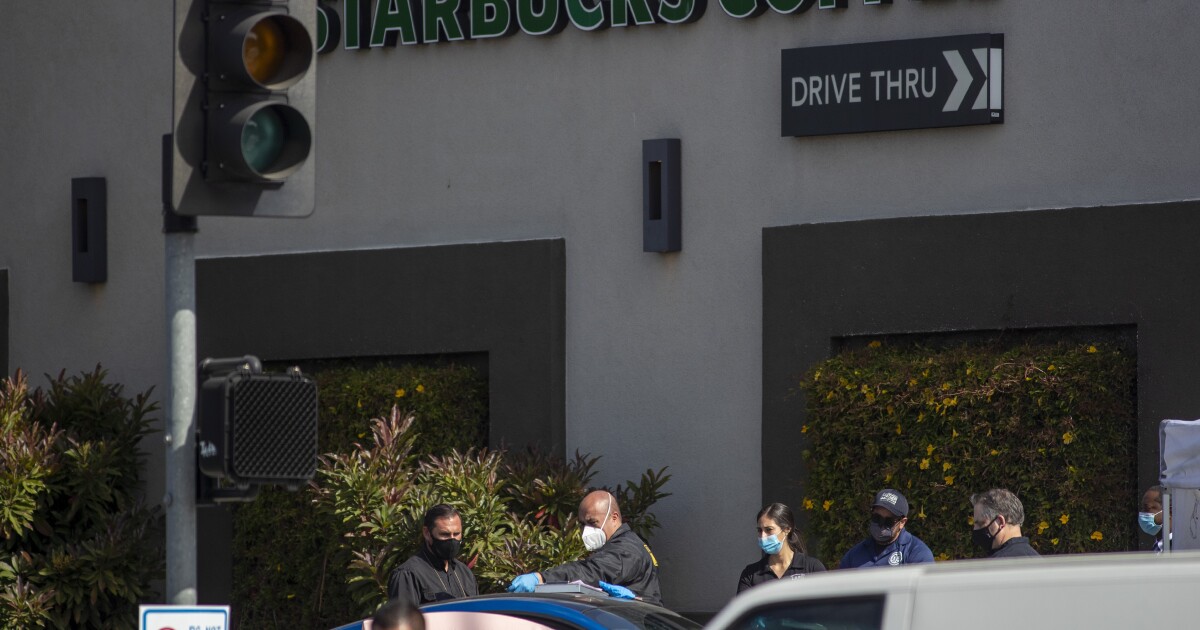 Starbucks plans to close six stores in Los Angeles and 10 other locations in other major cities due to what they say are security issues, including drug use and threatening behavior.

The Associated Press and the Wall Street Journal reported that in addition to closing stores in Los Angeles, six stores in the company’s hometown of Seattle are scheduled to close with two stores in Portland, Oregon, and one each in Philadelphia and Washington, DC.

“After careful consideration, we are closing some stores in locations that have experienced a large volume of challenging events that make it unsafe to continue operating, to open new locations with safer conditions,”[ads1]; Starbucks said in a statement to the Times.

The Los Angeles stores to be closed are located at:

An employee at the Hollywood location refused to speak to The Times.

Two of the Seattle stores have voted to organize, and one of the locations in Portland requested a union vote, the Associated Press reported.

Starbucks officials have said the closures were not related to union work.

“Opening and closing stores is part of our business operations. This is really rooted in safe and inviting stores, “a company official told the Associated Press.

Starbucks said employees will be able to relocate, the Associated Press reported.

The announcement of the closures comes as business leaders raised questions about employee safety in stores.

“You see firsthand the challenges our communities face – personal security, racism, lack of access to health care, a growing mental health crisis, increasing drug use and more,” said Debbie Stroud and Denise Nelson, senior vice presidents of US operations. a letter to employees. “With stores in thousands of communities across the country, we know that these challenges can sometimes play out in our stores as well. We read every incident report you submit – it’s a lot.”

Stroud and Nelson said the company would implement a wide range of measures, including de-escalation training, active shooting situations, mental health and first aid, and closing toilets and even entire locations.