Sprint took FCC cash to "serve" 885,000 people it did not actually serve 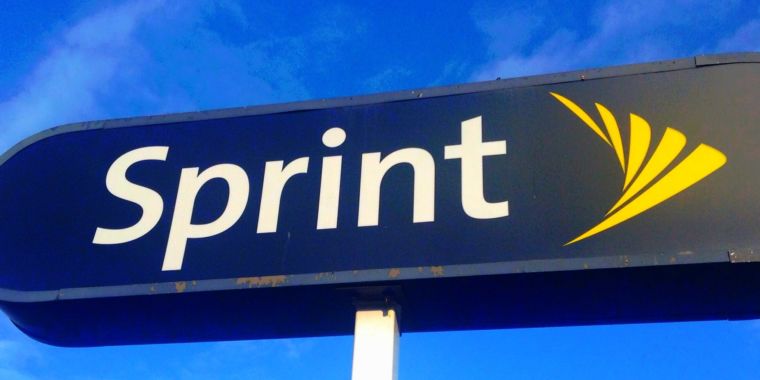 Sprint has been caught and took millions of dollars in state subsidies to "serve" 885,000 low-commuters who did not use the Sprint service, the Federal Communications Commission said today. Sprint breached the Lifeline program's "no-use rule" that requires providers of free, subsidized plans to unsubscribe subscribers who have not used their phones recently, the FCC said.

"It is outrageous that a company will demand millions of taxpayer dollars for doing nothing. This shows a careless disregard for program rules and US taxpayers," said FCC Chairman Ajit Pai. "I have asked our law enforcement agency to investigate this matter to determine the full extent of the problem and to propose an appropriate remedy."

Sprint has admitted the error and said it will repay the money. Like FCC's other universal service programs, Lifeline is paid by Americans through fees charged on telephone bills.

0% of the entire Lifeline program's subscriber base," the FCC said.

FCC said that under its non-use rule, "suppliers free service can only be refunded for a lifeline subscriber if the subscriber has used the service at least once within the last 30 days. "The Commission added that providers" must unsubscribe from inactive subscribers after giving them 15 days notice. "

The FCC did not say exactly how much money Sprint received through violating the non-use rule. A $ 9.25 monthly payment for 885,000 subscribers will amount to $ 8.2 million. FCC Commissioner Geoffrey Starks issued a statement saying "Sprint appears to have illegally obtained at least tens of millions of dollars which should have gone to our low-income communities."

The non-use rule is "intended to protect Lifeline from wasting payments on the service that were not provided," the FCC said. Previous surveys "showed that companies aggressively and arbitrarily hawked free Lifeline services, knowing that they would get paid every month even if consumers didn't use their phones. And because the consumer didn't pay anything, he or she had no incentive to provide unsubscribe, "the FCC said.

When contacted by Ars, Sprint said that "an error occurred" in July 2017 when it implemented FCC-amended changes to the method of calculating the use and qualification of Lifeline subscribers. Sprint said that it reported on the error on its own and that it will send the money back to the government:

When the error was discovered, we immediately investigated this and proactively raised this issue with the FCC and appropriate state regulators. We also engaged an independent third party to review the results of our review and the effectiveness of our operational changes.

Although insignificant to Sprint's financial performance, we are required to reimburse federal and state authorities for any subsidy payments collected as a result of the error.

Commissioner Starks, who is part of the FCC Democratic minority, said the FCC should stop the merger. He said:

The draft order (to approve the merger) relies heavily on information provided by Sprint, a company purported to have collected surviving lifeline support, and inaccurately accounted for nearly 1 million inactive lifeline accounts … parties to deal with Lifeline was a prominent part of their merger height, so I'm scared and worried about such a massive inaccuracy in one core part of the transaction.

"There is no credible way for the merger before us to continue until this Lifeline investigation is resolved and responsible parties are held accountable," Starks also said.

We asked Pai's office if the Sprint news will have any impact on the merger process, and we will update this story if we get an answer.