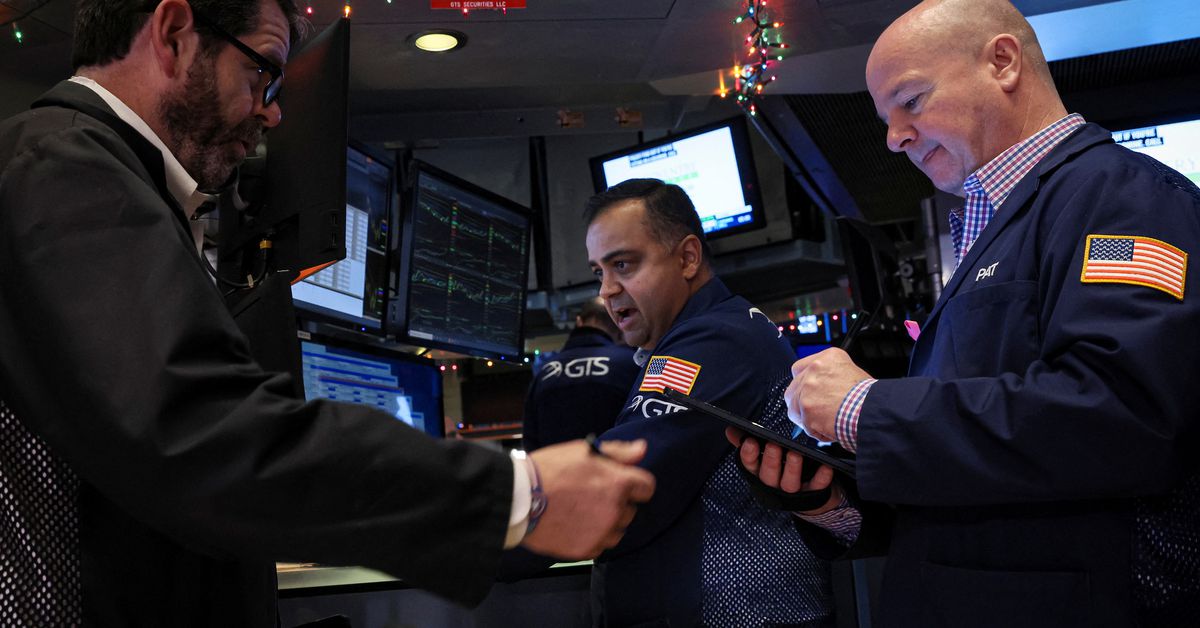 Dec 8 (Reuters) – The S&P 500 (.SPX) ended higher on Thursday, snapping a five-session losing streak, as investors interpreted data showing a rise in weekly jobless claims as a sign that the pace of rate hikes may soon slow.

Wall Street’s main indexes had come under pressure in recent days, with the S&P 500 losing 3.6% since the start of December on expectations of a longer rate hike cycle and weaker economic views from some company executives.

Such thinking had also weighed on the Nasdaq Composite (.IXIC), which had posted four straight losing sessions before Thursday’s advance on the technology-heavy index.

The report follows data last Friday that showed U.S. employers hired more workers than expected in November and raised wages, fueling fears that the Fed may stick with its aggressive stance to curb decades of high inflation.

Markets have been affected by data releases in recent days, with investors lacking certainty ahead of the Federal Reserve’s guidance next week on interest rates.

Such behavior means Friday’s producer price index and the University of Michigan’s consumer survey will likely dictate whether Wall Street can build on Thursday’s rally.

“The market has to adjust to the fact that we’re moving from a stimulus-based economy — both fiscal and monetary — to a fundamentally-based economy, and that’s what we’re struggling with right now,” said Wiley Angell, CEO. market strategist at Ziegler Capital Management.

The energy index ( .SPNY ) was an exception, falling 0.5%, despite Exxon Mobil Corp ( XOM.N ) rising 0.7% after announcing it would expand its $30 billion buyback program. The sector had been under pressure in recent sessions as commodity prices fell: US crude is now hovering near the level at the start of 2022.

Meanwhile, Moderna Inc ( MRNA.O ) advanced 3.2% after the US Food and Drug Administration approved the vaccine maker’s COVID-19 shot that targets both the original coronavirus and Omicron subvariants for use in children all the way down to six months old.

Rent the Runway Inc ( RENT.O ) posted its biggest one-day gain ever, up 74.3%, after the clothing rental company raised its 2022 revenue forecast.

Volume on US exchanges was 10.07 billion shares, compared to the 10.90 billion average for the full session over the past 20 trading days.