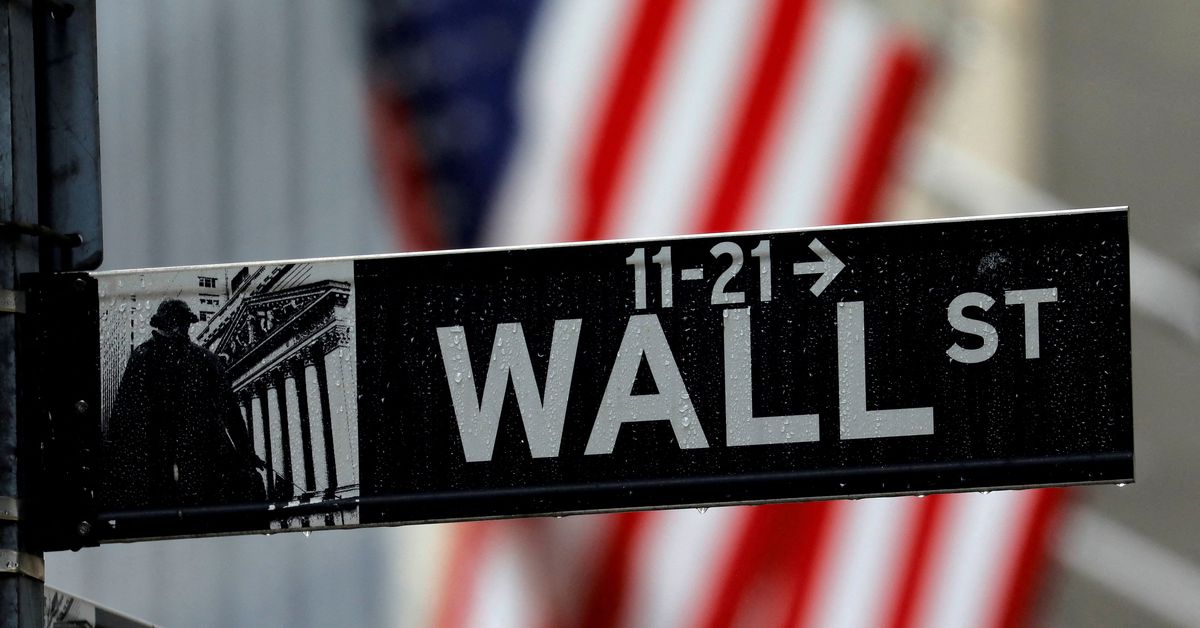 NEW YORK, Aug 12 (Reuters) – Wall Street closed higher on Friday as signs that inflation may have peaked in July boosted investor confidence that a bull market may be under way and spurred the S&P 500 and Nasdaq to post their fourth week in a row. gains.

The S&P 500 (.SPX) is up 17.7% from a mid-June low, with the latest gains coming from data this week showing a slower-than-expected rise in the consumer price index and a surprise drop in producer prices last month.

The S&P 500 crossed a closely watched technical level of 4,231 points, indicating that the benchmark index has recouped half of its losses since falling from its all-time high in January. A 50% retracement for some signals a bull market. read more

“It’s really just a number, but it certainly makes investors feel better — at least those who bought near the bottom,” said Tim Ghriskey, investment strategist at Inverness Counsel in New York.

“I won’t declare victory over this bear market just yet. There’s probably some bad news out there. But there’s a very good chance we’ve seen the bottom.”

Volume on US exchanges was 9.99 billion shares, compared to the 11.04 billion average for the full session over the past 20 trading days.

As the S&P 500 and Nasdaq posted their longest weekly winning streaks since November, analysts noted that the Federal Reserve still has its work cut out for it to tame inflation by aggressively raising interest rates without triggering a recession.

“The markets certainly got good news this week on inflation,” said Dec Mullarkey, managing director of investment strategy and asset allocation at SLC Management in Boston.

“A victory lap in some ways was in order, but it’s not ‘mission accomplished’ by any means. It’s still a very slow grind ahead.”

Year-end inflation may ease to 7% or slightly lower, but getting core inflation below 4%, which is twice the Fed’s target, will be tougher than markets expect, Mullarkey said.

Traders are pricing in a less hawkish Fed, with Fed Fund futures showing a 55.5% chance Fed policymakers will raise interest rates by 50 basis points when they meet in September, rather than 75 basis points. FEDWATCH

Investors bought $7.1 billion in stocks in the week to Wednesday, according to a note from Bank of America, with U.S. growth stocks posting their biggest weekly gains since last December. read more

Also fueling optimism were data showing that US consumer sentiment ticked up further in August from a record low in the summer, and US households’ near-term outlook for inflation eased again due to subdued petrol prices. read more

After a tough start to the year, better-than-expected second-quarter earnings from Corporate America have supported positive sentiment for US stocks.

Overall, analysts believe the S&P 500 posted 9.7% year-over-year earnings growth in the April to June period, much stronger than the 5.6% forecast at the end of the quarter, per Refinitiv.

Banks (.SPXBK) rose 1.4% to extend the rally for a sixth straight week.

GlobalFoundries Inc ( GFS.O ) rose 11.9% after being added to BofA Global Research’s “US 1 List.”

Advances outnumbered decliners on the NYSE by a ratio of 4.43 to 1; on the Nasdaq, a ratio of 2.76 to 1 favored advances.