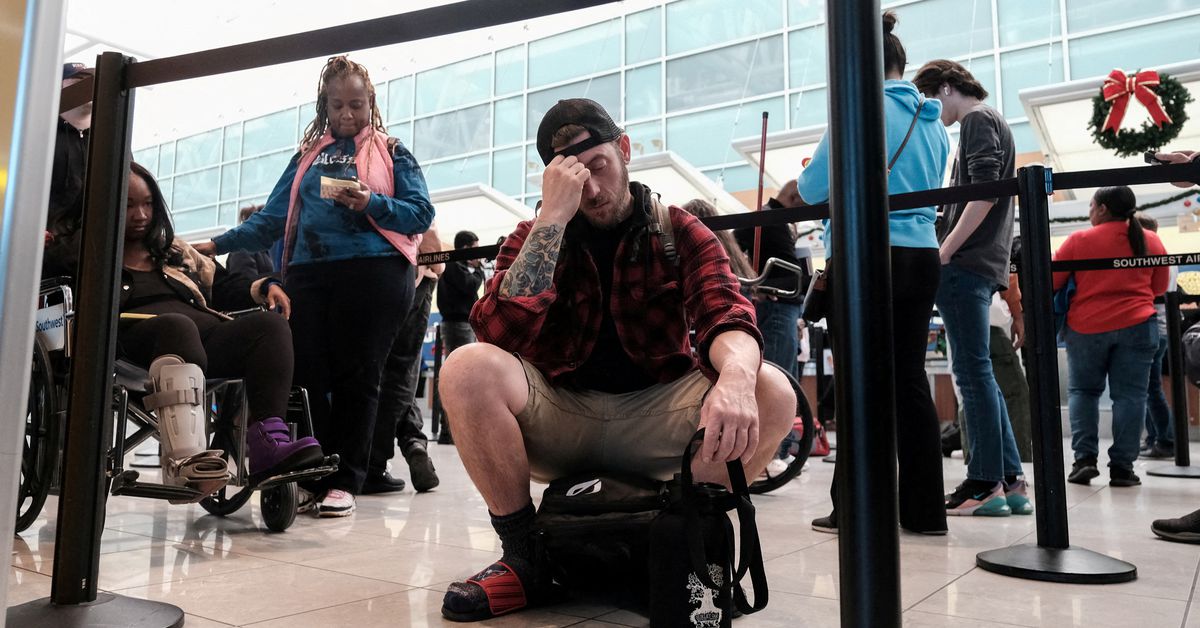 “We̵[ads1]7;re past the point where they could say this is a weather-driven problem,” Buttigieg said in an interview posted by ABC News on its website. “Don’t get me wrong, this all started with the powerful storm. We saw the winter weather affect the country and seriously disrupt all airlines.”

The rest of the aviation system and other airlines appeared to be back from the weather disturbances, Buttigieg said.

“So what this indicates is a system failure (at Southwest) and they need to make sure that these stranded passengers get where they’re going and that they’re adequately compensated, not only for the flights themselves … but also things like hotels, like ground transportation, like meals because this is the responsibility of the airlines,” he said, adding that he had spoken to the company’s management.

US airlines had canceled thousands of flights as a massive winter storm swept across much of the country before and during the Christmas holiday, but Southwest’s woes have deepened while other airlines have largely recovered.

Southwest has canceled a total of more than 14,500 flights since Friday. On Wednesday, it canceled 2,500 flights, according to flight-tracking website FlightAware.

[1/3] Travelers at Baltimore Washington International Airport deal with the impact of Southwest Airlines canceling more than 12,000 flights around the Christmas holiday weekend across the country and in Baltimore, Maryland, U.S. December 27, 2022. REUTERS/Michael A. McCoy

Southwest told Reuters it would reimburse customers for travel-related costs and had already processed thousands of requests.

It also said staff across the airline assisted crews in many functions.

Delta Air Lines ( DAL.N ) said in an email that it had capped fares in all domestic and international markets in which Southwest operates. The program includes over 700 nonstop markets and is valid until December 31st. United and American announced similar programs.

U.S. Rep. Rick Larsen, the top Democrat on the House Transportation and Infrastructure Committee, said in a tweet that the company was treating flight cancellations as “controllable” starting Dec. 24, triggering reimbursements for incidentals and reimbursements for full fares.

Southwest CEO Bob Jordan said the low-cost carrier needed to upgrade its legacy systems and apologized to customers and employees in a video message.

Shares of Southwest fell more than 5% on Wednesday after plunging 6% on Tuesday. Some analysts said the cancellations would squeeze profits in the fourth quarter.

“The total impact on earnings could be in the range of 9% of our expected revenue in the fourth quarter, which compares to our current estimate of earnings 15% ahead of 2019 levels in 2022,” Jefferies analyst Sheila Kahyaoglu said.

Kahyaoglu estimated the total EBITDAR impact (earnings before interest, taxes, depreciation, amortization and restructuring or lease costs) from the cancellations could be in the order of $700 million.