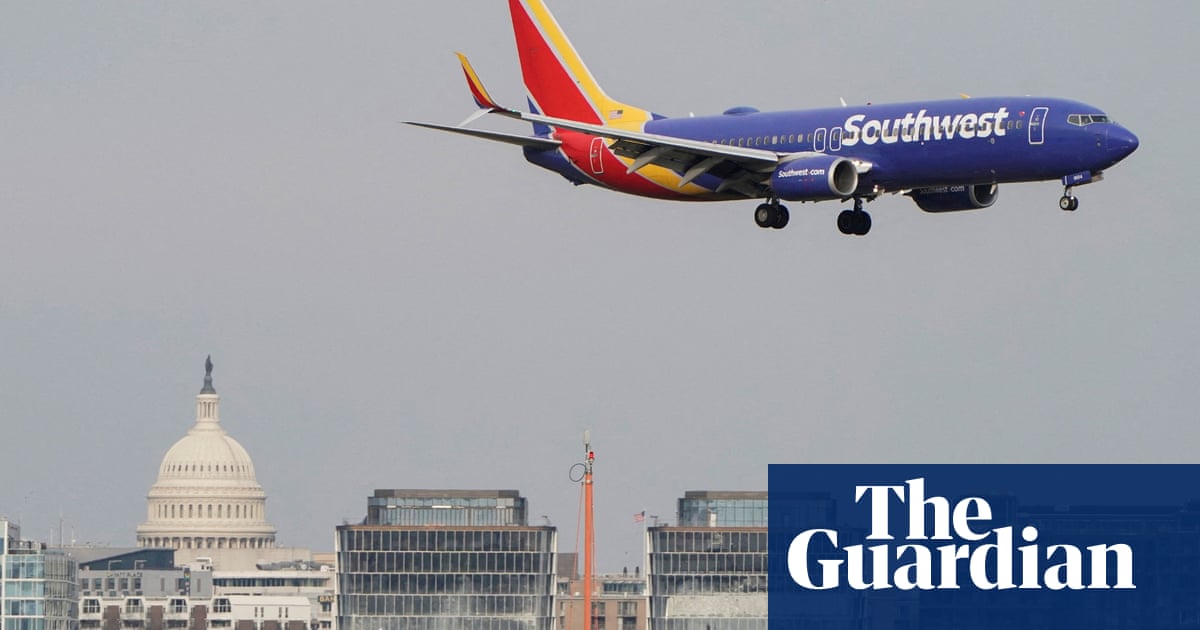 Southwest Airlines again scrapped thousands of flights on Tuesday in the wake of the massive winter storm that wrecked holiday travel plans across the United States, and the federal government said it would investigate why the company lagged so far behind other airlines.

A day after most US airlines had recovered from the storm, Southwest canceled about 2,600 more East Coast flights by late afternoon. Those flights accounted for more than 80% of the 3,000 trips canceled across the country on Tuesday, according to tracking service FlightAware.

And the chaos seemed to continue. The airline also scrapped 2,500 flights for Wednesday and more than 2,300 for Thursday as it tried to restore order to its disrupted schedule.

In a video Southwest posted late Tuesday, CEO Robert Jordan said Southwest would have a reduced schedule for several days but hoped to be “back on track before next week.”[ads1];

Jordan blamed the winter storm for snarling the airline’s “very complex” network. He said Southwest’s disruption recovery tools work “99% of the time, but obviously we have to double down” on upgrading systems to avoid a repeat of this week.

“We have some real work to do to get this right,” said Jordan, a 34-year Southwest veteran who became CEO in February. “For now, I want you to know that we are committed to it.”

Lyn Montgomery, president of the Transport Workers Union that represents Southwest flight attendants, said she and other labor leaders have repeatedly told management that the airline’s scheduling technology is not good enough.

“This has been something we’ve seen coming,” she said. – This is a very catastrophic event.

The airline is now attracting unwanted attention from Washington.

Transportation Secretary Pete Buttigieg, who has criticized airlines for past disruptions, said his agency would investigate the reasons for Southwest’s widespread cancellations and whether the airline is meeting its legal obligations to stranded customers.

“While we all understand that you can’t control the weather, this has clearly crossed the line from what is an uncontrollable weather situation to something that is the direct responsibility of the airline,” Buttigieg told NBC Nightly News. He said Southwest should at least pay cash refunds for canceled flights and cover stranded passengers’ hotel and meal costs.

In Congress, the Senate Commerce Committee also promised an investigation. Two Senate Democrats called on Southwest to provide “substantial” compensation to stranded travelers, saying the airline has the money because it plans to pay $428 million in dividends next month.

The size and severity of the storm wreaked havoc on many airlines, although the largest number of canceled flights Tuesday were at airports where Southwest is a major operator, including Denver, Chicago Midway, Las Vegas, Baltimore and Dallas.

Spirit Airlines and Alaska Airlines both canceled about 10% of their flights, with much smaller cancellation rates at American, Delta, United and JetBlue.

Danielle Zanin vowed never to fly Southwest again after it took four days, several canceled flights and sleeping in the airport for her, her husband and their two young children to return home to Illinois from Albuquerque, New Mexico. They stopped at airports in Denver and Phoenix and reached Chicago only after leaving Southwest and paying $1,400 for four one-way tickets on American Airlines.

“I remember saying, ‘Oh my God, we’re getting on a plane!’ I was honestly shocked because I thought we were stuck in airports forever,” she said.

Zanin plans to ask Southwest to refund part of their original tickets plus the new ones on American, and additional expenses for rental cars, parking, an Uber ride and food — about $2,000 in all.

“I don’t have good faith that they will do much of anything,” she said.