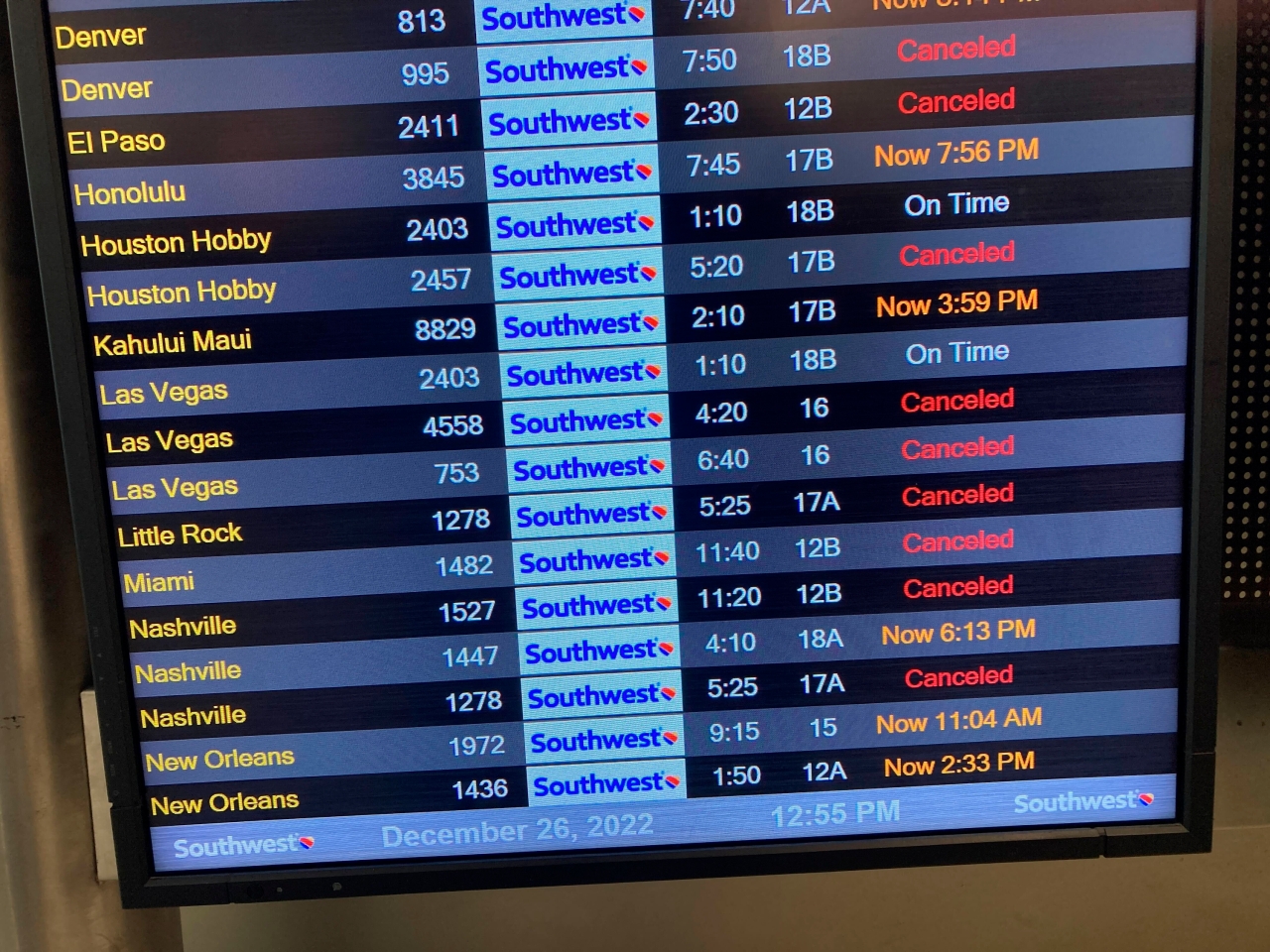 What began as a crisis for Southwest Airlines amid a crippling winter storm turned into paralysis Monday night when the budget carrier apparently canceled all flights from Los Angeles-area airports through Dec. 31.

Thousands of flights have been canceled across the country.

Travelers at LAX told KTLA they were told the same thing.

It was unclear if arriving flights from Southern California were also affected.

Tirso Rayo was at LAX Monday night trying to catch a flight home to Boise, Idaho. Their flight was canceled and rescheduling seemed unlikely.

“They don’t care,” Rayo said. “It’s bad business, never again will I ever fly with these guys.”

Others chose to take the long way home by renting cars and carpooling, but available rentals are quickly snapped up and prices for any remaining vehicles are rising.

The problems plaguing Southwest come after one of the busiest travel weekends of the year and in the middle of the winter holiday travel rush.

Long queues both in person and on the phones have left travelers frustrated, exhausted and helpless without much information.

An alleged internal memo leaked by an employee on Monday blamed some of the operational crisis on employees calling in sick.

Southwest has not commented on the veracity of the document.

Flight cancelled? Experts share some advice on what to do

Southwest has apologized for the cancellations, which it has called “unacceptable.” The company posted its latest update on Twitter around 8 a.m. Monday.

On Monday afternoon, the US Department of Transportation said it would examine the frequency of cancellations and delays to determine whether they were preventable and whether Southwest is “adhering to its customer service plan.”

Transportation Secretary Pete Buttigieg also said he is monitoring the situation closely and said we would have more information on Tuesday.