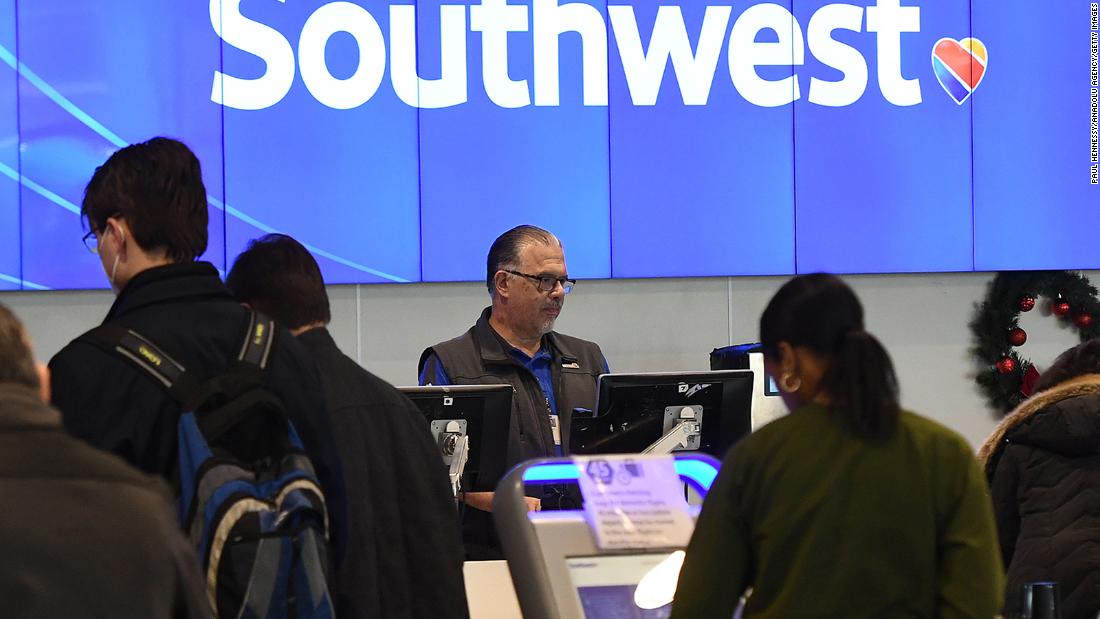 (CNN) — The chief of Southwest Airlines has vowed to “make good” to passengers affected by the company’s disastrous holiday meltdown, as the airline made good on its promise to resume better service on Friday.

“This has affected so many people — so many customers — over the holidays,” CEO Bob Jordan said in an interview on ABC’s “Good Morning America.”

“I’m extremely sorry for that. There’s just no way nearly to apologize enough.”

Jordan said refunds for passengers would cover travelers̵[ads1]7; costs, including “rental cars, hotel rooms, meals, booking customers on other airlines — that will all be part of what we cover.”

“We’re offering refunds, covering expenses — we’ll come back with even more after that,” he said. “Beyond safety, there is no greater focus at this point than taking care of our customers, reuniting them with their bags, getting refunds processed.”

The airline’s woes began with the massive, icy winter storm, but they persisted — and even worsened — at Southwest as other major airlines recovered. Nearly 15,800 Southwest flights have been canceled since Dec. 22 in a disruption that has shaken the company to its core.

“This was just an unprecedented storm for everyone — for all airlines,” Jordan said. “The storm had an impact, but we had impacts beyond the storm that obviously affected the Southwest very differently.”

How is the Friday flight going?

Jordan said the airline would fly on Friday its full schedule of about 3,900 flights. So far, things have gone as promised — things are much, much better.

In fact, it has been the best day to fly since the winter storm first swept through much of the US before Christmas. Only 118 flights in total have been canceled for Friday at 2:20 p.m. ET. As for delays, there were about 2,850 in the US. Southwest accounted for approximately 460 of these.

As for Saturday, there wasn’t a single Southwest cancellation posted as of 3:20 PM ET Friday, and only 20 for the US.

While planes are back in the air, there are still mountains of misplaced luggage scattered across the country.

Take the case of Southwest passenger Lisa Carpenter. She’s finally on her way home to Phoenix after being stranded in Chicago this week. She said she received a call from Southwest on Friday morning with news that her luggage had arrived at her original destination and that FedEx would ship the bags to her home.

She also said she plans to buy a tracking device for her luggage before traveling again, and she wants to fly with other carriers.

“I would be very hesitant to book with Southwest again,” she said. – I was here alone and had to buy new clothes.

DOT to Southwest: Do right by passengers

Top US government officials have been baffled, to say the least, by how Southwest got to this point. And they demand that Southwest do things right—or face financial consequences.

The DOT formally warned Southwest on Thursday that it will face consequences if it fails to address stranded and inconvenienced passengers.

Transportation Secretary Pete Buttigieg wrote in a letter to Jordan that officials will take action against the airline if it does not follow through on promises to reimburse passengers for alternative transportation costs, as well as provide meals, hotels, refunds and baggage reunification.

Penalties include the possibility of imposing fines.

“It would be an unfair and deceptive practice not to fulfill this obligation to passengers,” Buttigieg wrote, referring specifically to alternative travel refunds.

“The Department will use the full extent of its investigative and enforcement powers to hold Southwest accountable if it fails to honor promises made to reimburse passengers for costs incurred for alternative transportation.”

These fines can be significant.

“The airline told me they were going to go above and beyond what was required of them,” Buttigieg said Thursday in an interview with NBC News. “I’m looking to make sure they actually do that, and if they don’t, we’re in a position to collect tens of thousands of dollars per violation per passenger in fines.”

A traveler looks at his luggage in the baggage area inside the Southwest Airlines terminal at St. Louis Lambert International Airport on Wednesday.

The airline’s chief commercial officer, Ryan Green, on Thursday lamented the collapse of services and vowed to rebuild customer relations that have sunk to rock bottom.

“My personal apology is the first step in making things right after many plans changed and experiences did not meet your expectations of us,” Green said in a video.

“We continue to work to make it up to you, and you’ll continue to hear about it soon. But for now, we’re focused on restoring the reliability and level of customer experience we expect from ourselves, and you expect from us.”

His remarks came as Buttigieg made his own scathing assessment of Southwest’s problems, calling the situation a complete “meltdown.”

People want to know: What caused this?

Ask Southwest Airline employees about the company’s technology. You won’t get many raves.

While Southwest grew from a Texas-based low-cost airline operating three planes to one of the nation’s largest, union representatives representing Southwest workers say the company has not kept pace with technology changes. And they say they’ve been raising concerns for years.

“We’ve been harping on them since 2015-ish every year,” Mike Santoro, a captain and vice president of the Southwest Airlines Pilots Association, told CNN.

They and the airline itself described an internal process that requires multiple departments to manually redesign the airline’s schedule — a system that works “the vast majority of the time,” the airline said in a statement.

When something goes wrong, Southwest’s software—including its crew scheduling tool—leaves much of the work of rebuilding the delicate network to be done manually.

Some passengers took all this in stride and showed some sympathy for Southwest.

“I mean, it’s just par for the course. This is air travel, everybody’s trying to get everywhere at the same time. Unfortunately, Southwest took the brunt of this year’s travel accident,” Roderic Hister told CNN.

Asked what he thought about the lack of lines at the Southwest desks at the airport, Hister said, “Maybe that speaks to the improvements they’re trying to make, because there aren’t long lines, people aren’t here complaining. So, maybe you know, the effort to redeem itself works.”

Winston Williams, who stands close to Hister, said he intends to continue using the airline in the future. “I like Southwest. I mean, the bags are free,” Williams said.

But many people still take a hard line with Southwest.

Elaine Chao, who served as transportation secretary under the Trump administration, described the Southwest Airlines collapse as “a failure of incredible proportions.”

She told CNN it was “a perfect storm of all the things that have happened to the company. It’s going to take them a very long time” to rebuild consumer confidence, she added.

“It’s going to take a long time for Southwest Airlines to earn back public trust. While the extreme weather affected other airlines, Southwest experienced a true meltdown at the worst possible time,” he said Thursday in an email to CNN Travel.

“A large portion of Americans only fly once a year, and they want a hassle-free experience. I think a lot of people are going to take a break when they book their next flight, and they’re looking at Southwest Airlines as the cheapest option,” Dengler said .

“While the low prices are tempting, this meltdown will prompt many travelers to explore other affordable options.”

What customers should do

Dengler cautions to proceed cautiously regarding these promised refunds.

“Southwest says, ‘We will honor reasonable requests for reimbursement for meals, hotels and alternative transportation,'” he said. “Although Southwest is unclear on how much they will reimburse, I would avoid expensive hotels or restaurants. Use Google Hotels to find nearby hotels near the airport where you are stranded.”

And he also warns against racking up a big tab.

“Do a few Google searches like ‘free things to do near me.’ I doubt Southwest will refund tours or other paid activities, so I wouldn’t book any expensive excursions you can’t afford.”