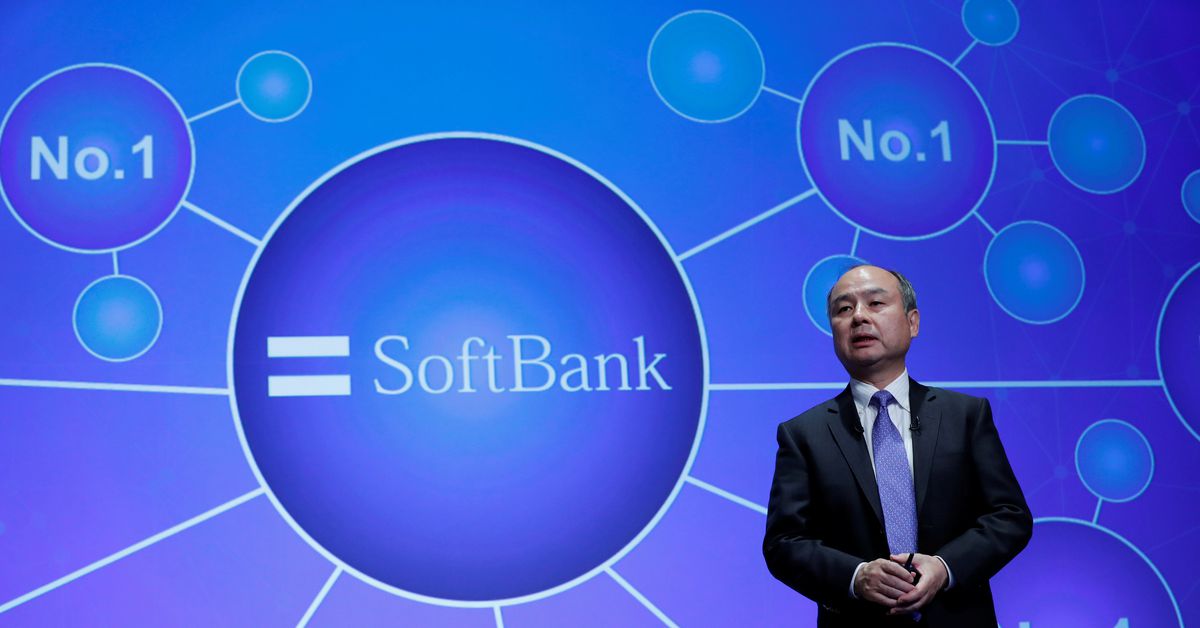 LONDON, Aug 10 (Reuters Breakingviews) – Masayoshi Son is thinking the unthinkable at SoftBank Group ( 9984.T ). His $63 billion technology and telecoms empire will cut its stake in Alibaba ( 9988.HK ) to 15% from 24%. The prolonged shrinkage provides a blueprint for what to do next: break up the conglomerate.

This year’s technology sales have punished the Japanese holding company, pushing it to a net loss of $23 billion last quarter. Read more . Son’s new watchword is discipline: His Vision Funds, effectively giant venture capital vehicles, invested just $600 million in the three-month stretch ending in June, compared with about $21 billion the year before.

That same focus on cash conservation appears to have underpinned the decision unveiled Wednesday to cut its Alibaba holdings, which hold totemic significance at SoftBank as one of the world’s most lucrative technology investments. Through derivative agreements with banks, Son could have kept the Alibaba stake by settling so-called prepaid forward contracts in cash. Instead, he handed over the shares. SoftBank is dramatically reducing its position to “eliminate concerns about future cash flows”.

It’s the sensible move. The Chinese e-commerce titan started by Jack Ma has lost about two-thirds of its value over the past two years amid Beijing’s broad tech crackdown, creating a massive distraction for SoftBank investors as Son tries to redirect attention to his stable of Vision Fund unicorns and other startups. The Alibaba holdings, as of June 30, were worth $33 billion net and accounted for more than a fifth of SoftBank’s gross value of $160 billion. Liquidating it completely would help limit SoftBank’s 55% discount to the theoretical sum of its parts.

The same could be said of selling off its ownership of SoftBank’s eponymous Japanese mobile operator, which was worth $18 billion in June after deducting the parent company’s margin loans, and a $7 billion stake in T-Mobile US ( TMUS.O ). Spinning off chip designer Arm, rather than pursuing plans to list a small stake, would also simplify the group and raise its valuation. What would remain would be the Vision Funds, making SoftBank a way for public-market investors to mainly gain exposure to Son’s collection of private tech outfits.

It might not look that appealing under the current circumstances, but SoftBank would at least have a clear purpose. The Alibaba sale could be the first step in breaking some destructive taboos.

(The author is a Reuters Breakingviews columnist. The opinions expressed are his own.)

SoftBank Group said on August 10 that it would settle derivative contracts held against its Alibaba stake by handing over a portion of the shares to the banks. The move effectively cuts the stake in the Chinese e-commerce company to 14.6% from 23.7%.

The technology conglomerate controlled by billionaire Masayoshi Son said settling the contracts early in the form of shares would “eliminate concerns about future cash flows, and also reduce the costs associated with these prepaid futures contracts”.

The opinions expressed are those of the author. They do not reflect the views of Reuters News, which is committed under its fiduciary principles to integrity, independence and freedom from bias.