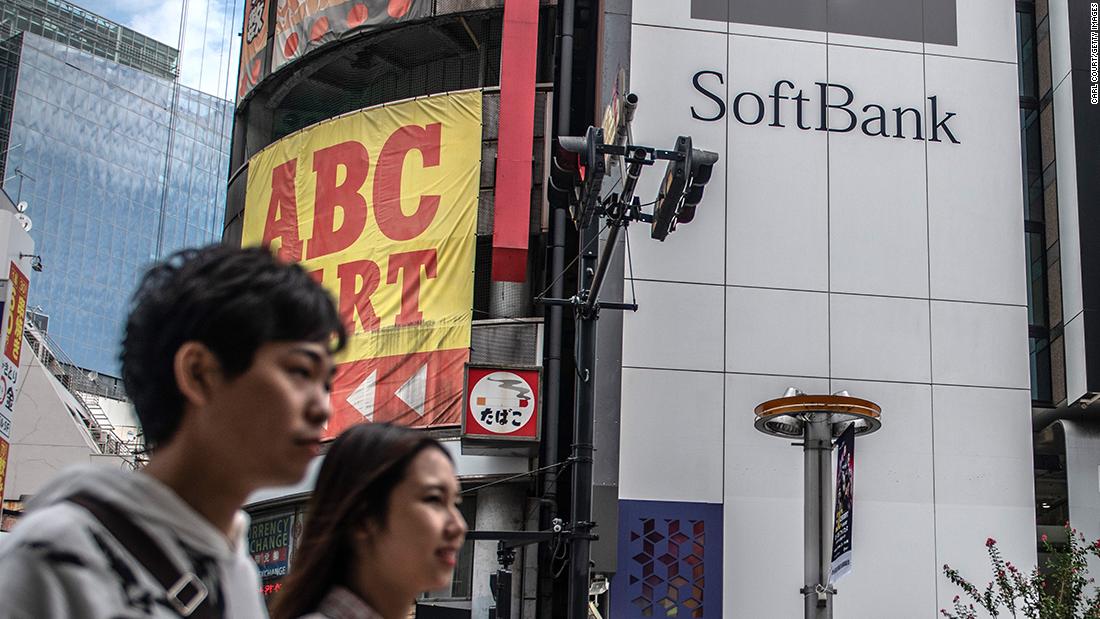 Shares fell another 2.7% in Tokyo, which extended previous losses. The stock dropped 2.5% Wednesday.

SoftBank will pump $ 5 billion into The We Company and accelerate a $ 1.5 billion equity investment originally due for the company next year. SoftBank, which is already WeWork's largest investor, also offers to buy up to $ 3 billion of stock from existing investors and shareholders. The Japanese technology company will take ownership of about 80% of WeWork.

Asian stocks were otherwise mixed on Thursday, with shares in South Korea falling after the country reported weak economic growth.

SK Hynix, a South Korean chip maker, one of the world's largest, reported a net profit of 495 billion Korean wins ($ 423 million) in the third quarter, down 89% on the previous year. But that surplus hit analysts, according to Refinitive data. The company's stock advanced 1

.8% in Seoul.
Futures for Dow ( INDU ) and S&P 500 ( SPX ) were flat Thursday in Asian hours, after a higher closing on Wall Street. Nasdaq ( COMP ) the future ticked higher.