SoftBank plans to lend up to $ 20 billion to employees to invest in new fund: WSJ 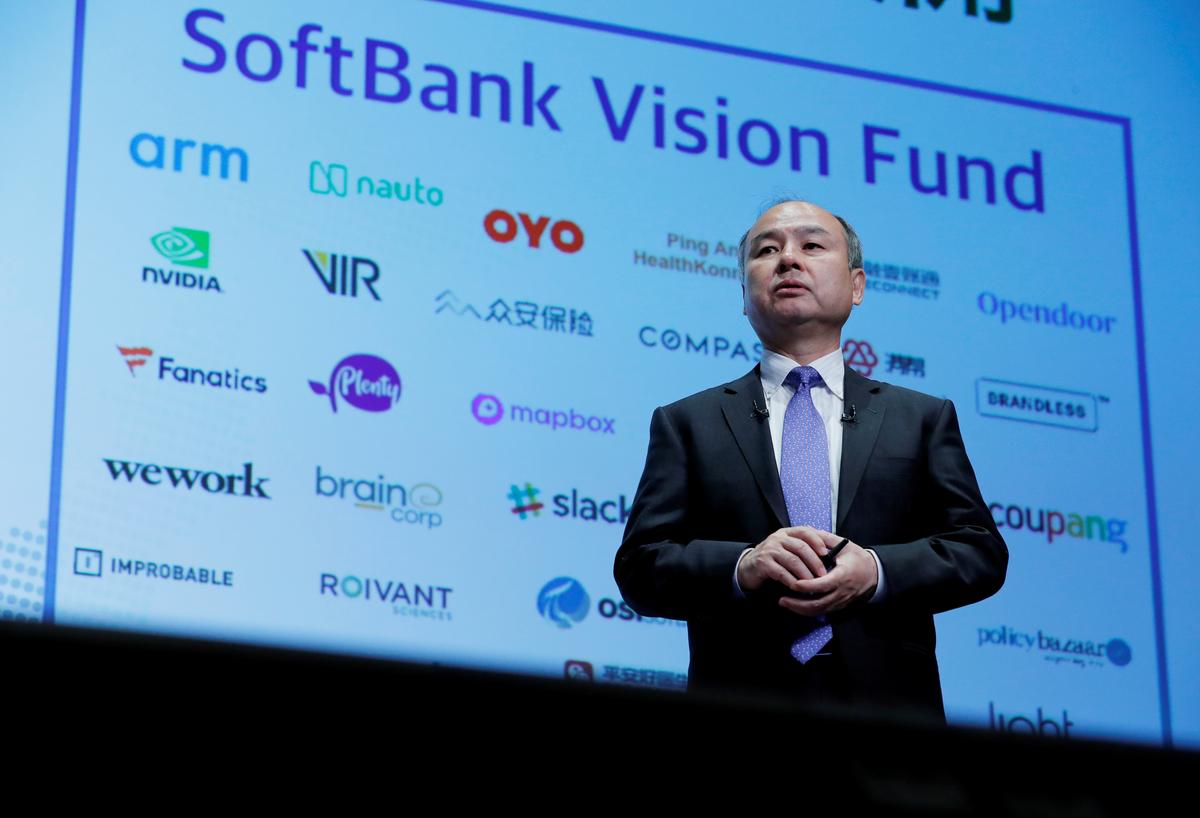 1; Japan's SoftBank Group Corp ( 9984.T ) plans to lend up to $ 20 billion to its employees, including CEO Masayoshi Son, to buy shares in the second Vision Fund, the Wall Street Journal reported on.wsj.com/307Ljih on Saturday, citing people who are familiar with the matter.

Son himself may make up more than half of this amount, the journal reported, adding that executives believe such a move would make employees more responsible as investment in the fund could be canceled if a manager leaves or is found to have engaged in a " reckless agreement ".

The loans are likely to have an interest rate of around 5%, WSJ said, citing a source.

The government of Kazakhstan, an investor in the fund, is expected to make a contribution of around $ 3 billion while banks such as Goldman Sachs Group Inc ( GS.N ), UK Standard Chartered PLC ( STAN .L ) and Japan's Mitsubishi UFJ Financial Group Inc ( 8306.T ) have also indicated that they are willing to invest several hundred million dollars each, according to the report.

SoftBank is discussing with many pensions and insurance companies, including in Taiwan, for total investments that they hope will cross $ 30 billion, WSJ reported.

SoftBank was not immediately available for comment on Saturday.

Reporting by Kanishka Singh in Bengaluru