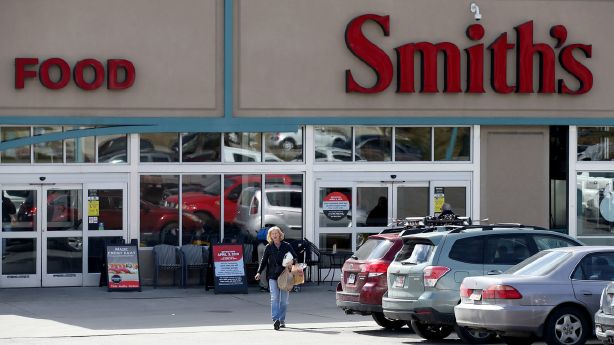 SALT LAKE CITY – One of Utah's largest grocery store chains is banning the use of one of America's most popular credit cards to buy products in their stores.

Citing excessive usage charges, Smith's Food & Drug stores Friday announced the company will stop accepting Visa credit cards as a form of payment beginning April 3. But Smith's and all Kroger Stores will continue to accept all other forms of payment, including Visa debit cards and prepaid cards.

According to a news release, Smith's stated that Visa imposes significantly higher interchange and network fees on its retailers that drive up food prices for all customers. A spokesman for the grocer said Visa's fees are the highest of any credit cards accepted in their stores and exceed the revenue and profit margins prevalent in the highly competitive grocery industry.

"Our commitment is to our customers to provide quality products at low costs, "said Aubriana Martindale, division of corporate affairs manager for Smith's Food & Drug. "To do that means controlling costs and not being able to do that with the excessive fees that Visa has charged."

She said Smith's stores will continue to accept all other forms of payment, including major credit cards like American Express , Discover and Mastercard, as well as cash and checks. Customers can also use electronic benefit transfer cards from SNAP and WIC programs, as well as health savings account cards.

8. Smith's operates 55 stores in Utah, along with 87 total stores in Idaho, Montana, Nevada, New Mexico, Northern Arizona and Wyoming, while employing more than 20,000 associates across the region.

Martindale noted that as a way to help consumers, Smith's will offer all customers double rewards points to fuel purchases through May 21. In addition, qualifying customers can receive added savings in groceries and fuel. And customers who qualify for the Smith's 1-2-3 Mastercard can receive $ 100 in free groceries and a 55-cent per gallon discount on fuel for one year.

While Smith's is optimistic and can be met with Visa, for now , the grocer's plan is to keep the prices low for customers despite the slight inconvenience the latest decision may cause in the short term, she said.

He noted Visa charges different fees to its different retail business customers, which results in an unfair playing field "When it comes to Visa charging these fees to retailers."

"Our goal is to ensure that every cardholder can use their Visa card wherever they wish to shop," said Visa spokeswoman Shannon Reed. "When consumer choice is limited nobody wins."

“The Visa network delivers significant value for merchants including access to more customers, increased sales, security and fraud protection, a quick and convenient checkout experience, and ongoing innovation and implementation of the latest technologies, "she said." Kroger has all these benefits and is a cost for these services like any other. "" It's unfair and disappointing that Kroger is putting shoppers in the middle of a business dispute, " she added.

Reed said Visa has offered solutions to allow our cardholders to continue using their preferred Visa credit cards at Foods Co. and Smith's without Kroger-imposed restrictions, and the company continues to work toward a resolution.

As for the impact on consumers, one local Smith's shopper supported the growth against a high cost of doing business with the creditor. 19659002] "I've heard that Visa does charge some pretty steep fees so I actually think it's good for a big chain like Smith's to have that fight with Visa and say that" We're not going to pass off those costs to our consumers , "" East High School teacher Andrew Platt said. "If Smith's just rolled over and would accept any fees that Visa would put forward, Smith would just be on those costs to us, the customers." He acknowledged that not being able to use a Visa credit card could be inconvenient for some consumers, but in the end, the consumer could receive a benefit if prices stay low.

"Ultimately, the fight is going to be worth it because in the long run companies like Visa will realize they have to back off and they