Should Germany spend more to revive the economy? 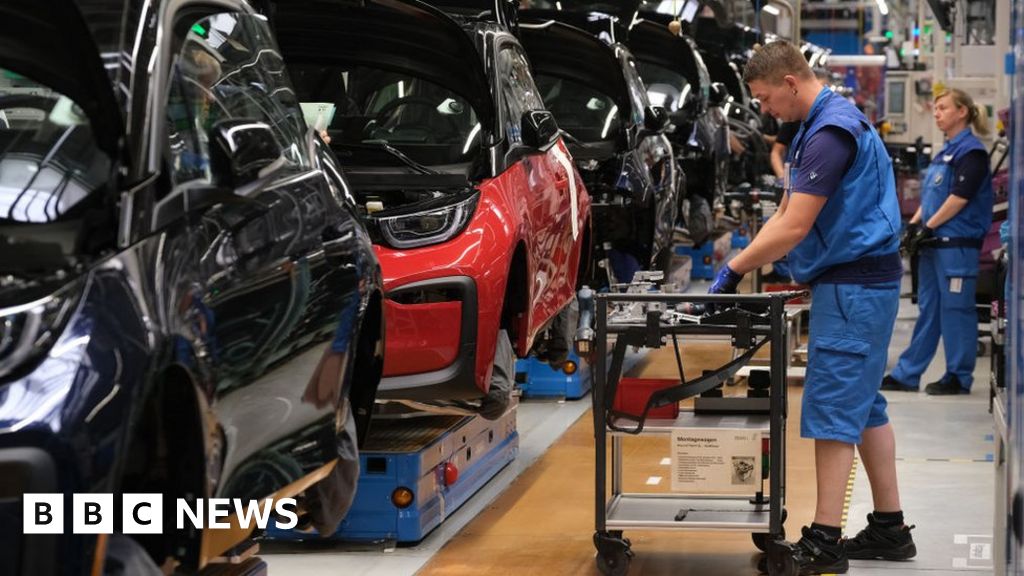 The Eurozone has a problem. The largest economy, Germany, is in or near a recession.

This has stimulated a debate about whether Berlin should open financial cranes and spend more.

Should Germany launch a program to use, for example, the infrastructure?

Should the government ditch the policy of balancing the budget, known as "the Black Zero" and the associated legal restriction on loans called the "Debt Brake"?

We will get some indication of the impact of Germany's decline with new economic growth figures in the eurozone on Thursday, although we will have to wait two weeks for a reading of the country's own development in the third quarter of the year.

The eurozone as a whole may not be in recession, but inevitably affect the decline of Germany's neighbors.

The question is what should politicians ̵

1; especially the German government and the European Central Bank (ECB) – do with the situation.

The ECB has already taken steps. It has cut interest rates to ultra-low levels (below zero for one of policy rates), and is about to start the policy known as quantitative easing, buying financial assets with newly created money

But there is real doubt about how effective these measures will be. Many economists believe that monetary policy – what the central banks do – has done about as much as possible in the eurozone.

Many argue that governments should do more. The current president of ECB Mario Draghi and his successor Christine Lagarde, who will take over this week, have both taken that view.

In September, Lagarde told the European Parliament: "Some euro area countries may use some of their fiscal space [government spending and taxation] to improve broadband infrastructure and put in place public spending that will help fight the recession."

She gave not the names of the countries that could afford to take such measures, but she said it was now true for a majority of them. The most obvious example is Germany, which has had a surplus in its public finances – with higher tax revenues – since 2012.

More from the BBC's series with an international perspective on trade:

IMFs chief economist Gita Gopinath was explicit on this point in the preface to the IMF's recent world economic outlook.

"A country like Germany should take advantage of negative loan rates to invest in social and infrastructural capital," she wrote.

The reference to negative borrowing rates refers to the fact that Germany, and a number of other countries, can borrow at an interest rate below zero. In reality, the financial markets pay them to borrow.

Prof Peter Bofinger of Würzburg University, and a former member of Germany's Economic Expert Council, agrees with Ms. Gopinath that the country should benefit from these borrowing costs below zero to invest in infrastructure and social housing.

The idea that Germany has a problem in this area may come as a surprise. But Prof Bofinger says he often sees the evidence himself. He describes traveling by train in the country as "a real adventure – whether the train arrives, how many minutes and hours they are delayed, whether you get something to eat on the train".

"Transport is in extremely poor shape and it is a consequence of inadequate investment for many years."

He says it is a "huge mistake" not to use the opportunity provided by the favorable borrowing costs to solve some of these problems.

He thinks the debt brake and black zero policy doesn't make sense. If every major government followed the policy of black zero, "the world economy would end up in a black hole," he says.

Currently, among the G20 group of leading economies, only two others – Russia and South Korea – have government budgets with a surplus.

But Prof Bofinger does not favor using the infrastructure program in the short term as a stimulus for a fledgling economy. The construction industry is already working at full capacity.

What he favors is more generous tax treatment to encourage business investment, which he says is currently where German financial results are weak.

But there are many defenders of Germany's cautious approach to managing state finances.

Prof Clemens Fuest is the director of one of the country's leading economic research agencies, the IFO Institute in Munich. He argues that Germany is not facing a severe downturn – although it could be a technical recession in the sense two consecutive quarters of declining economic activity.

Germany has full employment and so far does not need further stimulation, he argues. However, it would be the case to allow the government to increase its borrowing if there was a sharp decline in economic activity.

He agrees that the country may benefit from infrastructure improvements, but it is still in better shape than many other European countries. The problem is not so much a lack of money for projects, he says, but delays in implementing them often due to objections from German residents.

He argues that the debt slowdown was an appropriate response in 2009, around the time of the global financial crisis, when government debt was higher in relation to GDP and there is still a useful restraint.