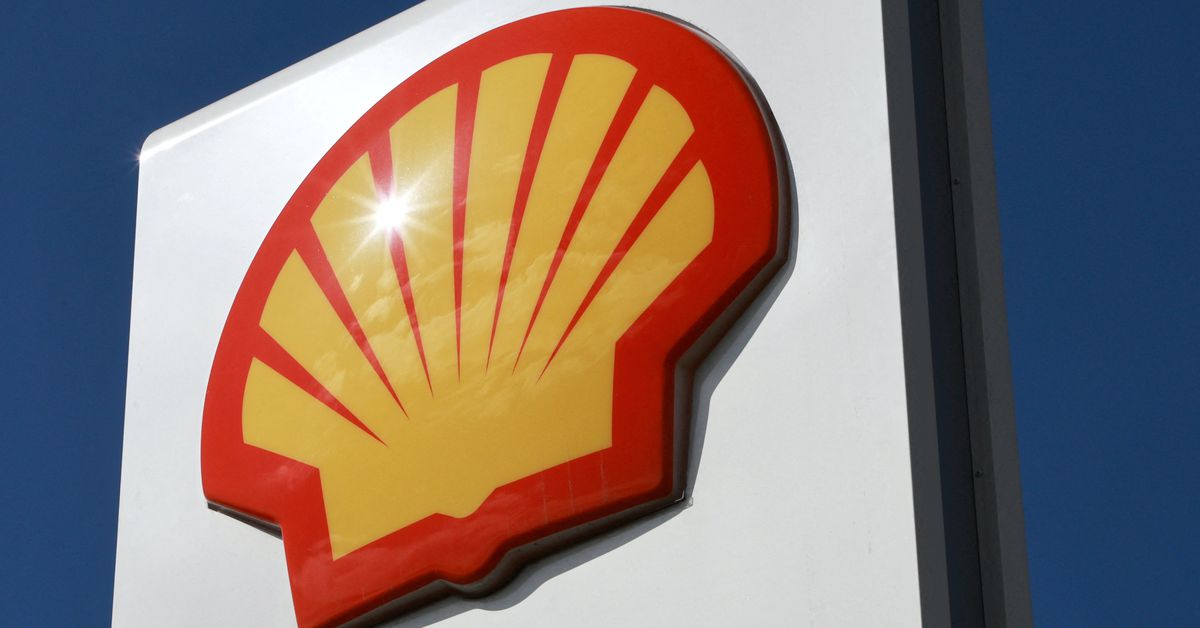 LONDON, Oct 27 (Reuters) – Shell ( SHEL.L ) on Thursday posted a third-quarter profit of $9.45 billion, slightly below a second-quarter record, on weaker refining and gas trading and said it will raise its dividend powerful. by the end of 2022 when the CEO leaves.

The British oil and gas giant also expanded its share buyback program, announcing plans to buy back $4 billion in shares over the next three months after completing $6 billion in purchases in the second quarter.

Shell said it intends to increase its dividend by 15% in the fourth quarter, when chief executive Ben van Beurden steps down after nine years at the helm. The dividend will be paid in March 2023.

It will be the fifth time Shell will have raised its dividend after it cut it by more than 60% in the wake of the COVID-19 pandemic in 2020.

Shell shares were up nearly 6% by 1430 GMT, compared with a 3.5% gain for the broader European energy sector (.SXEP).

Van Beurden will be succeeded by Wael Sawan, the current head of Shell’s natural gas and low carbon division.

With a profit of $30.5 billion so far this year, Shell is well on its way to surpassing the record annual profit of $31 billion set in 2008.

The strong earnings were likely to fuel calls in Britain and the European Union to impose further windfall taxes on energy companies as governments grapple with skyrocketing gas and electricity bills.

Van Beurden said the energy industry “should be prepared and accept” that it will face higher taxes to help struggling parts of society.

Shell’s shares have risen more than 40% so far this year, lifted by soaring oil and gas prices in the wake of Russia’s invasion of Ukraine in February and amid tight global oil and gas supplies.

[1/2] A view shows a board with the logo of Shell at the company’s gas station in Saint Petersburg, Russia May 6, 2022. REUTERS/Anton Vaganov/File Photo

Shell’s quarterly adjusted earnings of $9.45 billion, which slightly beat forecasts, were hit by a sharp 38% quarterly drop in its gas and renewables division, the company’s largest.

Earnings for the second quarter were a record 11.5 billion dollars.

The world’s largest trader of liquefied natural gas (LNG) produced 7.2 million tonnes of LNG in the period, 5% less than in the previous quarter, mainly due to ongoing strikes at the Australian Prelude plant.

The gas trading business was hit this quarter by “supply constraints, combined with significant differences between paper and physical realizations in a volatile and shifting market.”

Earnings from the refining, chemicals and oil trading division also fell sharply by 62% in the quarter due to weaker refining margins.

Shell said it would stick to its plans to spend $23 billion to $27 billion this year.

Shell’s third-quarter cash flow fell sharply to $12.5 billion from $18.6 billion in the second quarter due to a large outflow of $4.2 billion in working capital due to changes in the value of European gas reserves.

Shell’s net debt increased by about $2 billion to $46.4 billion due to lower cash flow from operations and to pay for a recent acquisition. The debt ratio, known as gearing, also rose above 20%.

Writes about the intersection between the company’s oil and climate policy. Has reported on politics, economics, migration, nuclear diplomacy and business from Cairo, Vienna and elsewhere.