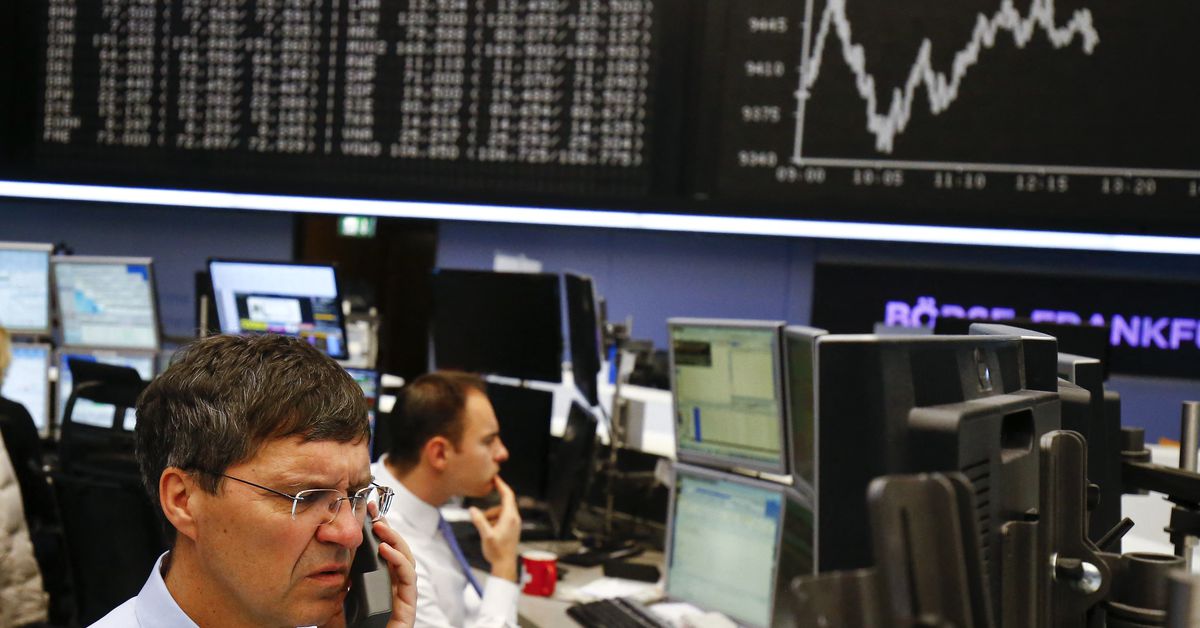 LONDON / SYDNEY, Jan 24 (Reuters) – Shares across the world fell on Monday as the prospect of a Russian attack on Ukraine quashed demand for riskier assets, bolstering the dollar, buoying oil and bruising bitcoin.

The US State Department said on Sunday it was ordering diplomats’ family members to leave Ukraine in one of the clearest signs yet that American officials are bracing for an aggressive Russian move in the region. read more

US President Joe Biden weighed options for boosting United States’ military assets in the region to counter a buildup of Russian troops, with the New York Times reporting that Biden was looking at sending 1,000 to 5,000 troops to eastern Europe. read more

Analysts noted a reluctance among investors to pile back into equities rarely seen in the post-2008 era of ultra-low interest rates and central bank-boosted liquidity.

“Ukraine at the moment is really front of mind,” said Michael Hewson, chief market analyst at CMC Markets. “Over the last 12 years, buy-the-dip is the mentality for investors generally. This the first time in the last 12 years, I’ve felt, that’s not the default position to be in.”

Still, Wall Street looked set to rebounded somewhat after last week’s drubbing, with the S&P 500 futures and Nasdaq futures both up about 0.3%.

Oil prices rose again, having climbed for five weeks in a row to a seven-year peak on expectations demand will remain strong and supplies limited.

Nerves over the Fed’s meeting on Wednesday added to the mix. The US central bank is expected to confirm it will soon start draining the massive pool of liquidity that has supercharged growth stocks in recent years.

Anxious markets are now even pricing in a small chance the Fed hikes rates this week, though the overwhelming expectation is for a first move to 0.25% in March and three more to 1.0% by year end.

“With inflation eye-wateringly high, the Fed is on course to steadily remove the ultra-accommodative monetary policy that has been a key prop to stock prices for over a decade now,” said Oliver Allen, a market economist at Capital Economics.

The prospect of higher borrowing costs and more attractive bond yields has taken a toll on US tech stocks with their lofty valuations, leaving the Nasdaq down 12% so far this year and the S&P 500 nearly 8%.

Such was the scale of the losses that Treasuries actually rallied late last week on speculating the bonfire of market wealth might scare the Fed into being less hawkish.

While Treasuries did bounce late last week, 10-year yields are still up 22 basis points on the month so far at 1.77% and not far from levels last seen in early 2020.

That rise has generally supported the US dollar, which added 0.5% on a basket of currencies last week and last stood up 0.1% at 85,647.

“We suspect the dollar may derive broader support,” analysts at MUFG wrote. Wednesday’s meeting “is likely to see continued hawkishness with the Fed being more concerned over inflation risks and showing determination to reverse monetary easing more quickly.”

Analysts cited worries about supply disruption as tensions rose Eastern Europe, while OPEC and its allies continued to struggle to raise output.

Reporting by Tom Wilson in London and Wayne Cole in Sydney; Editing by Sam Holmes, Edwina Gibbs and Tomasz Janowski