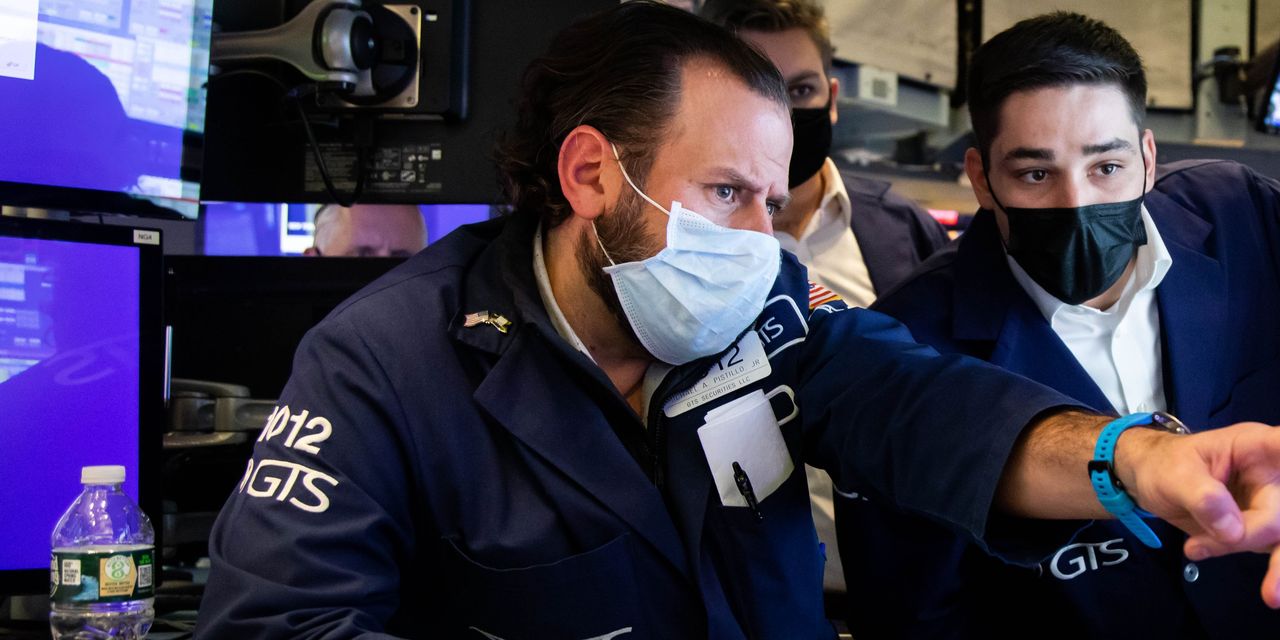 US stocks and government bond prices reversed some of Tuesday’s losses as investors prepare for central banks to raise interest rates globally.

The S&P 500 rose 0.4% in early trading on Wednesday. The benchmark lost 1.8% on Tuesday, its second decline in three trading days. The technology-heavy Nasdaq Composite Index rose 0.5% and the Dow Jones Industrial Average rose 0.3%, or 91 points.

Some of the largest lenders in the United States reported rising earnings before the market opened. Bank of America shares rose 4.7% after the lender reported a jump in profits in the fourth quarter, while Morgan Stanley’s shares rose 3.7% on profits that topped forecasts. US Bancorp fell 5.2% after the banking holding company had an increase in compensation costs. This earnings season, Goldman Sachs, JPMorgan Chase and Citigroup have also reported paying more in compensation.

Procter & Gamble said that consumers were not deterred by higher prices, which led to higher revenues and increased the shares of the consumer goods company by 0.2%. Revenues come from Alcoa and United Airlines after the markets close.

Europe’s most monitored government bond yield was positive for the first time since 2019. The 10-year German bond yield rose as high as 0.021% on Wednesday after trading in negative territory for over 30 months. It then fell to 0.010%. Ten-year interest rates in the UK have meanwhile reached their highest level since March 2019 after data showed that inflation reached a 30-year high.

In Tokyo, Sony Group lost 13% after gaming rival Microsoft’s deal to buy Activision Blizzard, maker of World of Warcraft and Call of Duty. The decline was Sony’s largest since 2008.

Investors have stepped up efforts to ensure that the Federal Reserve and other major central banks tighten monetary policy in the coming months, withdrawing a pillar of support for the markets. Rising expectations of interest rate increases follow evidence that inflation drivers have expanded beyond the supply chain shock that led to price increases in large parts of 2021.

Recent volatility is “It’s really about inflation and how aggressive central banks are going to be to counteract it,” said Brian O’Reilly, head of market strategy at Mediolanum Asset Management, adding that inflation can also reduce economic growth by slashing consumption. . “Of course the market is nervous at the moment.”

In the UK, data showed on Wednesday that consumer prices rose by 5.4% in December, the fastest rate since March 1992 – shortly before the country was forced to abandon the European exchange rate mechanism on “black Wednesday”. The pace of inflation was well above the 2% target set by the Bank of England, which in December became the first major central bank to raise interest rates since the start of the pandemic.

Oil prices rose again after reaching seven-year highs on Tuesday. Most active US crude oil futures rose 0.8% to $ 85.54 a barrel, extending a rally driven in part by the potential for supply disruptions in Russia and the Middle East.