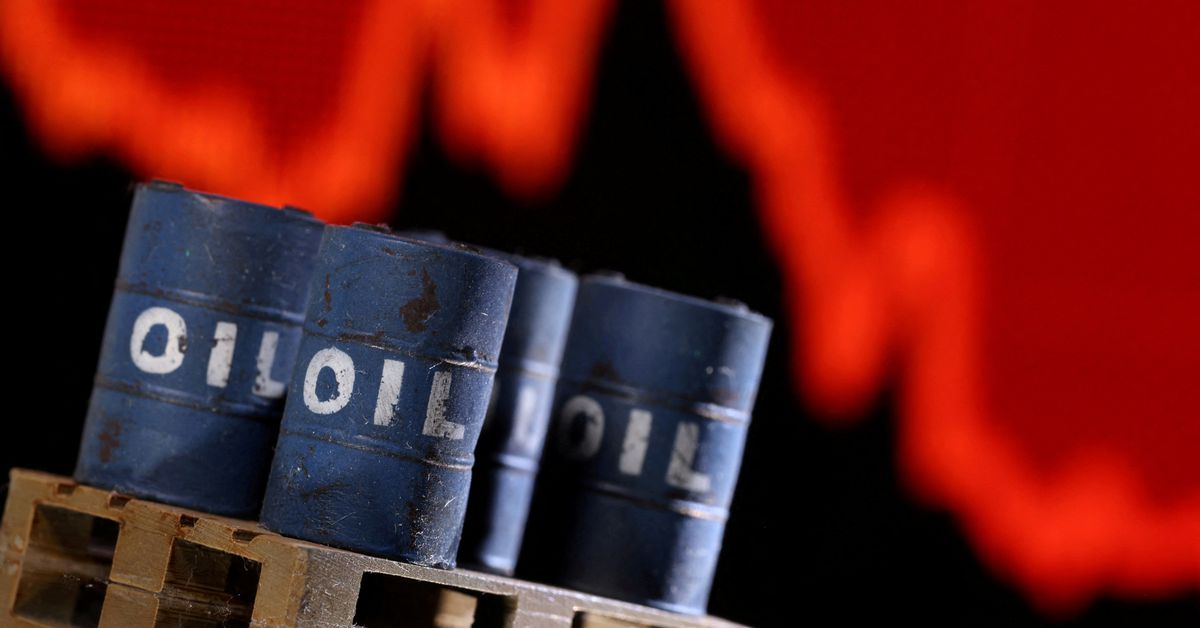 Focus was otherwise on a Thursday special NATO summit in Brussels, which US President Joe Biden will attend, to discuss further responses to Russia’s month-old invasion of Ukraine, which Moscow calls a “special military operation”. read more

Rabobank’s head of macro strategy, Elwin de Groot, said markets would be watching what emerges closely, especially how unified NATO members remain and what Biden can offer European countries to help wean themselves off Russian gas.

“The NATO meeting is certainly important,” de Groot said. “At the minimum you would expect the members to come up with preparations for a possible further escalation in the Ukraine war.”

Wall Street futures were up a solid 0.6% ahead of trading there, but the mood seemed changeable.

MSCI’s broadest index of Asia-Pacific shares outside Japan (.MIAPJ0000PUS) recouped some of its early losses overnight but ended down 0.6% after more falls in China and Hong Kong (.HSI).

Japan’s Nikkei (.N225) bucked the trend, rising 0.25% to a nine-week high as its exporters cheered the yen falling to its lowest against the dollar since 2015. L2N2VR0D6

At 1000 GMT, the dollar was up 0.4% versus the yen, at 121.65, with expectations that the Bank of Japan will be far behind other top central banks in raising interest rates.

Driving some of the volatility, Federal Reserve policymakers on Wednesday signaled they stood ready to take more aggressive action to bring down decades-high inflation, including a possible half-percentage-point rate hike at the next policy meeting in May. read more

“The sharp hawkish repricing of Fed rate hike expectations has mainly benefited the US dollar against low yielding currencies whose own domestic central banks are expected to lag well behind the Fed in tightening policy,” MUFG currency analyst Lee Hardman wrote in a note to clients.

The bond market was starting to shift again with the yield on benchmark 10-year Treasury notes up at 2.37% and German bunds creeping over 0.52%.

“Inflation is really the big driver,” Rabobank’s de Groot said, adding that it was also behind falling consumer confidence.

EU leaders are expected to agree at a two-day summit starting on Thursday to jointly buy gas, as they seek to cut reliance on Russian fuels and build a buffer against supply shocks. But the bloc remains unlikely to sanction Russian oil and gas. read more