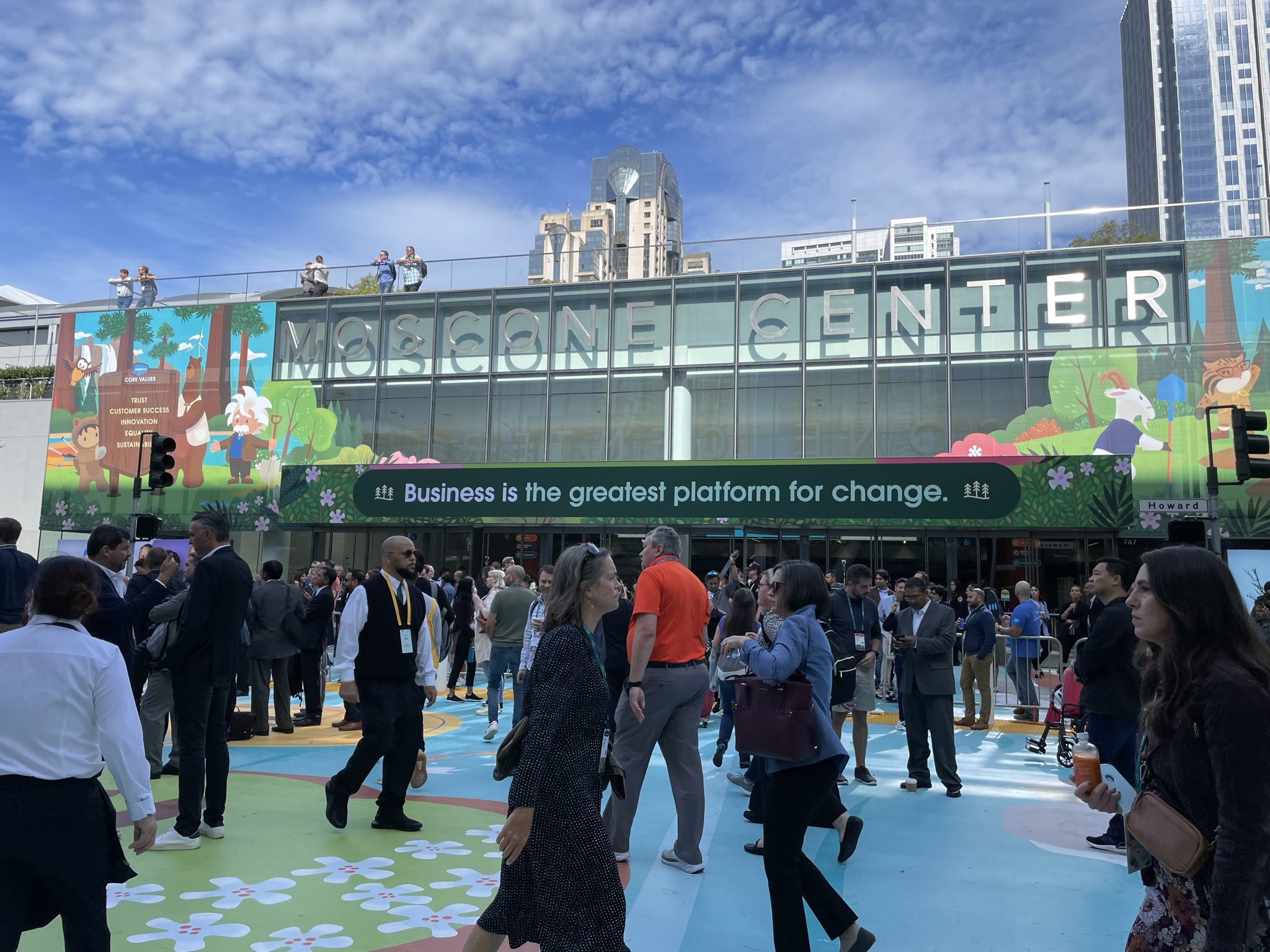 For all the celebrity roles (Lenny Kravitz! Matthew McConaughey! “Saturday Night Live’s” Alex Moffat!) and aspiring restaurateurs and hotel operators in downtown San Francisco, Dreamforce—the titanic conference hosted by enterprise technology giant Salesforce—is a pain in the rear for almost everyone else in San Francisco, tourists and residents alike.

Beyond the congested roads and sidewalks of downtown San Francisco, Dreamforce makes explicit Salesforce’s dominant presence in the city. Not only does it take up massive physical space; for a few days a year, it turns out to be a huge imposition on everyone else who lives in, works in, and visits downtown San Francisco.

And while several people on Twitter who post about Salesforce seem excited to participate (and there are many, many who recycle photos of co-CEO Marc Benioff in Ariana Grande-esque bunny ears)there are many others who are less than enamored with the whole thing.

Below are the best tweets that have been funny at Dreamforce 2022 so far, from SantaCon comparisons to Lenny Kravitz of all things.

This is like no professional event I have ever seen. The audience’s fervor for a multi-billion dollar circus as if they are seconds away from singing hymns together, a Silicon Valley cult gathering. I am incredibly fascinated!

At what point is Dreamforce the best Xennial music festival. https://t.co/VJ9aJSvNRr

There are two times a year you don’t want to be in SF. Dreamforce and SantaCon

Dreamforce runs Tuesday through Thursday at the Moscone Center in downtown San Francisco. And if you don’t want to brave the crowds, it’s also streamed online through Salesforce Plus.