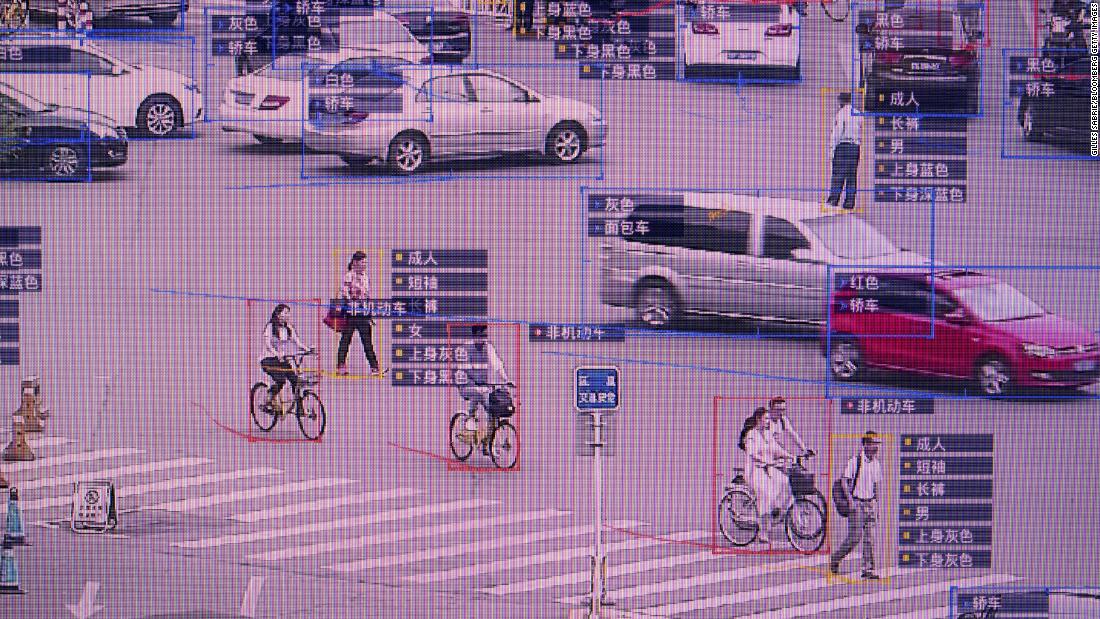 The Chinese start-up of artificial intelligence was to price shares on Friday in its listing in Hong Kong, where it planned to raise up to 767 million dollars.

But preparations to make it public were overshadowed by news that Washington was adding SenseTime to another blacklist.

The US Treasury Department confirmed on Friday that it had decided to place the company on a list of “Chinese military-industrial complex companies”, in which US President Joe Biden has banned Americans from investing.

The US Treasury Department said that SenseTime was sanctioned for its role in enabling human rights abuses against Uighurs and other Muslim minorities in Xinjiang.

“SenseTime … owns Shenzhen Sensetime Technology Co. Ltd., which has developed face recognition programs that can determine the ethnicity of a target, with a particular focus on identifying ethnic Uighurs,”[ads1]; the department said in a statement. “When applying for patent applications, Shenzhen Sensetime Technology Co. Ltd. has highlighted its ability to identify Uighurs wearing beards, sunglasses and masks.”

The impending US action was first reported by the Financial Times on Thursday.

In a statement on Saturday, SenseTime said that “we are strongly opposed to the designation and the accusations that have been made in connection with it”.

“The allegations are unfounded and reflect a fundamental misunderstanding of our company,” he added. “We are sorry to have been caught in the middle of geopolitical conflicts.”

The company also vowed to “take appropriate action to protect the interests of our company and our stakeholders,” without elaborating further.

SenseTime added that it operated “as a software company committed to promoting the sustainable, responsible and ethical use of AI,” which has “complied with applicable laws and regulations … in the jurisdictions in which we operate.”

The company said it had formed an AI Ethics Council, consisting of both internal and external experts, [which] ensures that our business strictly adheres to recognized ethical principles and standards. ”

SenseTime, one of the world’s most valuable AI companies, has already faced controversy in recent years over allegations that it has been involved in human rights abuses in Xinjiang.

The company has previously said that it has developed its “AI ethics guidelines to ensure that our technologies are used responsibly,” and has said that sales to customers in Xinjiang have been in accordance with Chinese law.

The company’s Beijing subsidiary is already on the US unit list, which means it is prohibited from purchasing US products or importing US technology without a special license.
SenseTime said in its listing prospectus that the ban “does not apply to other group entities that are legally separate” from the Beijing entity.

The company also claimed that “none of our significant investors, customers or suppliers had withdrawn their investment or stopped doing business with us due to the additional list.”

However, it has acknowledged potential headwinds, saying that “we are subject to the risks associated with international trade policy, geopolitics and trade defense measures, and our business, economic condition and operating results may be adversely affected.”

AI under the microscope

Founded in 2014 in Hong Kong, SenseTime generates hundreds of millions of dollars a year in revenue by distributing technology for everything from smart city systems to driverless vehicles.
The company is no stranger to the international spotlight, and at one point even became the world’s most valuable AI startup in 2018. It is also a member of China’s national AI team, which helps the country with its technical superpower ambitions.

But the company is best known for its face recognition software, which has long been the subject of controversy.

The use of such technology in policing and homeland security is widespread throughout China, but especially in the western region of Xinjiang, where up to 2 million people from Uighurs and other ethnic Muslim minorities have reportedly been detained, according to the US State Department.
Beijing maintains that the camps are vocational training centers that help to radicalize residents. But Uighur exiles have described the repression as “cultural genocide”, with former prisoners saying they were indoctrinated and abused.
Earlier this year, IPVM, an independent group that monitors video surveillance technology, said that SenseTime was mentioned in a patent application in July 2019, which indicated that it could identify people by ethnicity, and specifically highlight “Uighur” as a possibility.
The finding was the latest in a series of revelations that questioned the face recognition practices of Chinese technology giants, including Alibaba (BABY) and Huawei.

In a statement at the time, SenseTime told CNN Business that the reference to Uighurs was “regrettable”, adding that it was “one of the examples in the application meant to illustrate the properties the algorithm recognizes.”

“It was neither designed nor intended in any way to discriminate, which is contrary to our values,” a spokesman said. “We will update the patent next time.”

Later in its investment prospectus, SenseTime said that its “previous sales to customers in Xinjiang were in line with” Chinese laws, and that revenues from these sales were less than 1% over the past three years.

The company planned to price shares between 3.85 and 3.99 Hong Kong dollars, or about 50 cents apiece, according to a stock exchange file. That would put the valuation at about $ 17 billion at the top of the range.

SenseTime was to start trading in Hong Kong on Friday the 17th. December.

– Brian Fung and Ben Westcott contributed to this report.