SC's second largest bank is sold for $ 1.1B | business 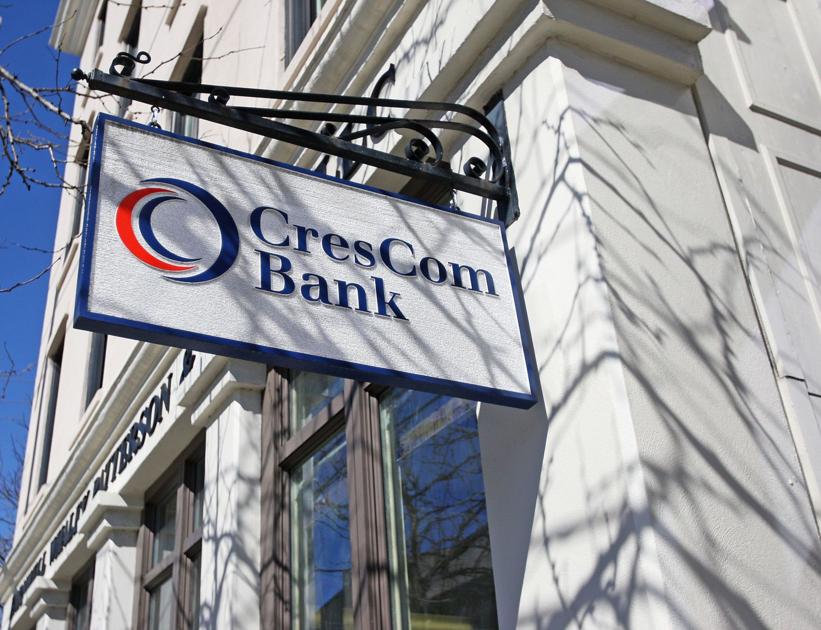 The second largest bank headquartered in South Carolina, which had been in the business of acquisition in recent years, is itself being sold for a deal valued at $ 1.1 billion.

Carolina Financial Corp., the locally based parent of CresCom Bank, is bought at a share price by the much larger owner of United Bank of Charleston, W.Va., and Washington, DC

is approved by the boards of both companies and is expected to be completed by June 30. The CresCom name will eventually disappear.

“We partner with a bank that has a strong community banking culture, along with the resources of a major institution. We believe that United is the very best partner to create the most reliable community bank in the communities we serve, "said Carolina Financial CEO Jerry Rexroad on Monday.

The combined operation will oversee around $ 25 billion in loans and other assets to approximately 200 branches in the Southeast and Mid-Atlantic regions, and will be among the 35 largest US banks based on expected stock market value.

Rexroad will join United Bankshares Inc. as President and Chief Executive Officer, and will be Chairman of Carolina Financials Atlanta-based mortgage loan business.

"We are excited about our collaboration with Carolina Financial … and the opportunities it provides for both organizations," she said CEO Richard Adams in a written statement. " Our companies share complementary cultures, a commitment to our customers and focus on serving our communities. This transaction represents a significant step toward continuing to increase United's presence in the Carolinas. ”

United Bank has $ 20 billion in loans and other assets, and offices in seven states and the nation's capital. The George Mason Mortgage branch has loan offices in Columbia and Bluffton.

We start a weekly newsletter about the business histories that shape Charleston and South Carolina. Go ahead with us – it's free.

The bank has completed 31 acquisitions since it was first published in 1987.

Charleston-based CresCom is the second largest lender with its headquarters in South Carolina behind South State Bank, with around 60 offices and $ 3.8 billion in assets. It has focused much of the recent expansion activity on key emerging markets in North Carolina.

The latest acquisition is the proposed $ 100 million acquisition by the Lincolton-based Carolina Trust Bank. The deal was announced in July and will expand CresCom's footprint in and around the Charlotte area when completed next month.

Previously, CresCom expanded its reach to the Research Triangle and the eastern part of Tar Heel State when it snapped up Washington, NC-based First South Bank for $ 178 million at the end of 2017. [19659002] The South Carolina lender got its start as Community FirstBank, which opened its doors in May 1997 at 288 Meeting St. in downtown Charleston. Its parent company entered the Myrtle Beach market in 2000 by forming Crescent Bank. The two franchisees were combined under the CresCom name in 2012.