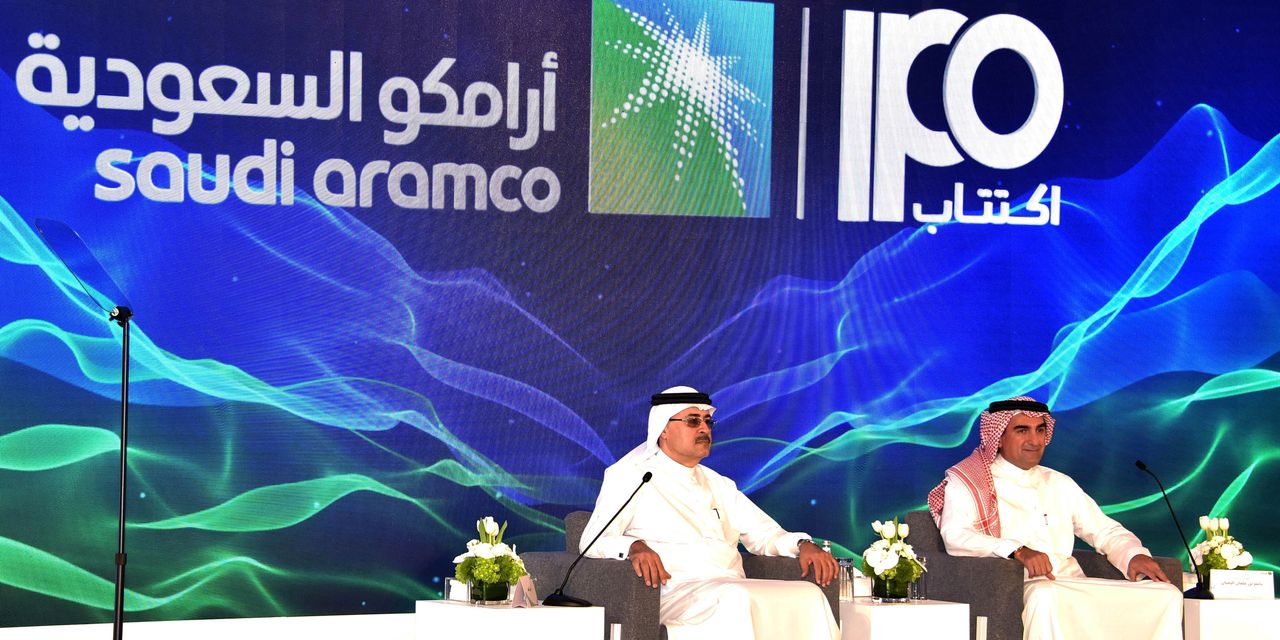 Saudi Arabia moved one step closer to listing its national oil giant Aramco on its domestic exchange, and released its preliminary prospect late Saturday for what is thought to be the world's largest initial offer.

However, the energy giant indicated that it will not state how much it plans to sell the company or increase its offer until early December, depending on the ultimate investor need.

After months of uncertainty over how much Aramco intends to list, the more than 600 pages prospectus provides additional information about the company's operations. The Saudi government aims to show investors why it believes Saudi Arabian Oil Co., known as Aramco, should be valued over its oil and gas people.

Still lacked important details on which investors are focused. The company reiterated its plans to pay an annual dividend of at least $ 75 billion from 2020, signaling that increases as well as special dividends may follow over time.

The hefty dividend is expected to attract both domestic and international investors who place a premium on investments that generate steady income. However, without knowing what valuation Aramco is targeting from the IPO, it is difficult for investors to compare the dividend yield of the state-owned energy company with its listed rivals like among other Exxon Mobil Corp.

It It is not uncommon for companies to withhold a targeted amount of shares to be sold and the valuation range for an IPO in an initial prospectus if the demand for the offer is unclear. The Aramco IPO is among the most monitored offerings in recent years due to its size and intended role in raising funding to help the country diversify its economy.

In the prospectus, Aramco indicated that it would determine the IPO pricing and percentage of the company to be sold in the offer at the end of the book-building period. This lasts from November 1

7 to December 4, where institutional investors are expected to submit orders. Individual investors have until November 28 to submit a request for shares, according to the prospectus. Aramco and its advisors will use this marketing period to determine the offer price and issue size based on demand ahead of the company's planned listing on the Tadawul local stock exchange.

Crown Prince Mohammed bin Salman, the King's daily ruler, has set the company's value at $ 2 trillion. But bankers working on the deal have said that Aramco's valuation is between $ 1.3 trillion and $ 1.7 trillion. In an online roadshow presentation last week, Aramco said the oil giant is worth $ 1.5 trillion at an oil price of $ 45 per barrel; $ 1.76 trillion to $ 65; and $ 2.1 trillion to $ 75.

Brent crude, the global benchmark, closed at just under $ 62.61 a barrel on Friday.

Aramco said it can return capital, an important investor metric, of 30% -35% each year compared to the 5% -10% that peers such as BP PLC, Royal Dutch Shell PLC and Exxon have achieved in recent years , according to the investor presentation.

In order to anchor the sale, Aramco has spoken to sovereign wealth funds in Abu Dhabi, Singapore and Malaysia and arranged meetings with the Chinese government, but none of the funds have so far committed to buy up the IPO, The Wall Street Journal reported. Aramco is also expected to use Saudi pension funds, which are largely government-run, to buy into the offer.

The prospectus issued on Saturday highlighted the risk of investing in Aramco. The most important thing for investors is probably the relationship between Aramco and the government, led by Prince Mohammed. The economy is fueled by the oil sold by Aramco, and even though the Saudi leader wants to use the proceeds of the IPO to invest in new non-oil industries, he may still need to drain the company for dividends.

Other risks range from the fall from climate change on demand and oil prices to potential disruption of oil production from terrorist attacks and other forms of armed conflict. Investors have already raised concerns about the security of Aramco's assets following attacks on oil facilities in September, which for a while back cut half of the company's production.

Write to Ben Dummett at ben.dummett@wsj.com, Rory Jones at rory.jones@wsj.com and Summer Said at summer.said@wsj.com