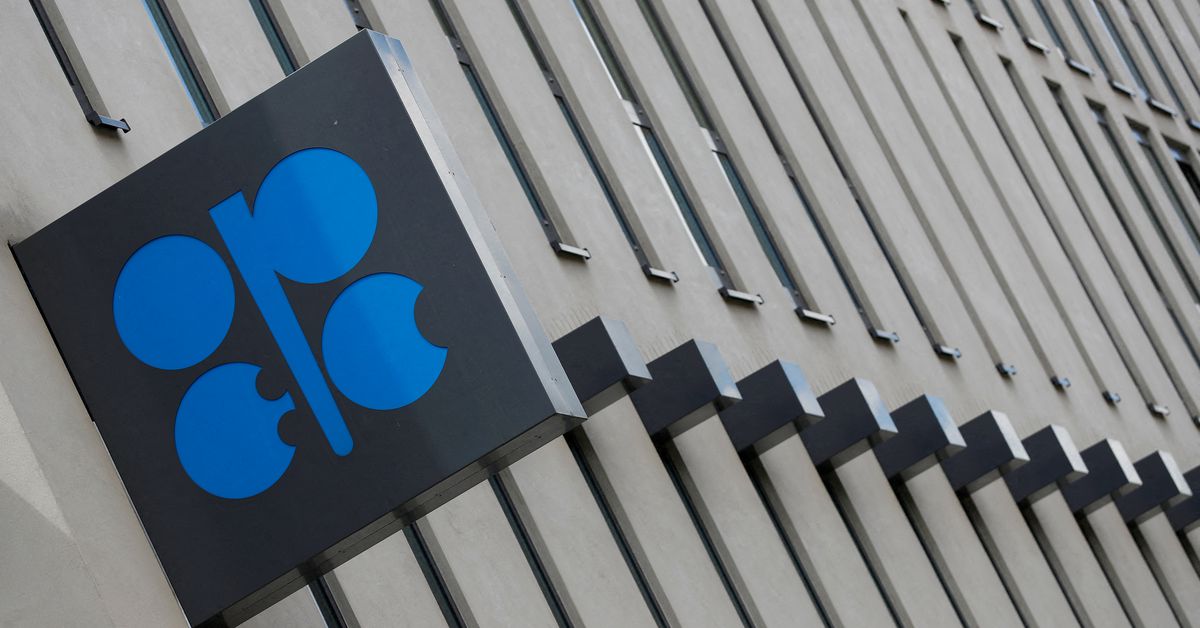 The logo of the Organization of the Petroleum Exporting Countries (OPEC) can be seen at OPEC’s headquarters in Vienna, Austria on 19 June 2018. REUTERS / Leonhard Foeger / File Photo

DUBAI / LONDON / RIYADH, June 2 (Reuters) – Saudi Arabia and other OPEC countries could increase oil production to offset a fall in Russian production, a move that could ease sky-high oil prices and rising inflation and could also pave the way for a ice-breaking visit to Riyadh by US President Joe Biden.

Two OPEC + sources said that the group is working to offset a fall in Russian oil production as Russia’s production has fallen by around 1 million barrels per day (bpd) as a result of Western sanctions against Moscow due to the invasion of Ukraine.

Oil fell $ 1 to around $ 115 a barrel on news of a possible OPEC production increase, but it was still close to a more than a decade high after a peak this year near an all-time high of $ 147.

An OPEC + source familiar with the Russian position said that Moscow could agree to other producers increasing production to compensate for Russia’s lower production, although it will not necessarily cover the entire deficit.

“Ultimately, the compensation can be agreed,” the source said, but added that a decision may not be made at Thursday’s meeting of OPEC +, an alliance of the Organization of the Petroleum Exporting Countries, Russia and others.

However, a source in Gulf in OPEC + said that a decision in the case was “highly possible” at Thursday’s ministerial meeting.

US diplomats have been working for weeks to organize Biden’s first visit to Riyadh after two years of strained relations due to disagreements over human rights, the war in Yemen and US arms deliveries to the kingdom.

US intelligence has accused Saudi Crown Prince Mohammed bin Salman, known as MbS, of having approved the assassination of Saudi journalist Jamal Khashoggi in 2018, an accusation the prince denies.

Saudi Arabia and its neighbor The United Arab Emirates has been frustrated by the Biden administration’s opposition to its military campaign in Yemen and its failure to address Gulf concerns about Iran’s missile program and its regional agents.

With the Ukraine war contributing to a tight crude oil market, the US administration has sought several supplies from Gulf allies such as Saudi Arabia, as well as from Iran whose production has been limited by US sanctions that could be lifted if a nuclear deal is reached, and Venezuela, also under US sanctions.

A source who was briefed on the matter said that Washington wanted clarity in oil production plans before a potential Biden visit for a summit with Gulf Arab leaders, including MbS, in Riyadh. read more

Another source familiar with discussions about Biden’s visit said that the problem was not only related to oil production, but also to Gulf safety issues and human rights. The source said that both Riyadh and Washington had shown more willingness to listen to the other’s concerns.

OPEC + ministers, who started the online negotiations on Thursday after kl. 12.10 GMT, was generally expected to adhere to an existing plan for a regular monthly increase of 432,000 bpd until September, when the agreement expires.

However, OPEC + sources said that the discussion now focused on increasing production by 650,000 bpd in July and August without saying whether any increase was planned for September.

Western sanctions could reduce production from Russia, the world’s second-largest oil exporter, by as much as 2 million to 3 million bpd, according to a number of industry estimates.

Russia already produced below the OPEC + target of 10.44 million bpd in April with a production of around 9.3 million.

A Western diplomat said Russia may be ready to agree that other members of OPEC + fill a gap in production to preserve unity in the group and maintain Gulf support, which has tended to take a neutral stance on Ukraine. the war.

OPEC + agreed to cut production by a record amount in 2020 when the pandemic hammered out demand. By September, when the agreement expires, the group will have limited spare capacity to further increase production.

Saudi Arabia now produces 10.5 million bpd and has rarely tested sustained production levels above 11 million bpd. Riyadh says they are working to increase the nameplate capacity to 13.4 million bpd from the current 12.4 million by 2027.

The only other OPEC state with significant capacity to produce more oil is the UAE, although OPEC is estimated to have less than 2 million bpd of spare capacity in total.

“There is not much reserve oil in the market to replace potential lost barrels from Russia,” said Bjarne Schieldrop, head of commodity analyst at SEB bank.